Voters use Facebook to crowdsource wait times at polling locations

Harris, Dallas, Travis and Tarrant counties each have a website that displays approximate wait times at polling sites. In Bexar County, neighbors are crowdsourcing. 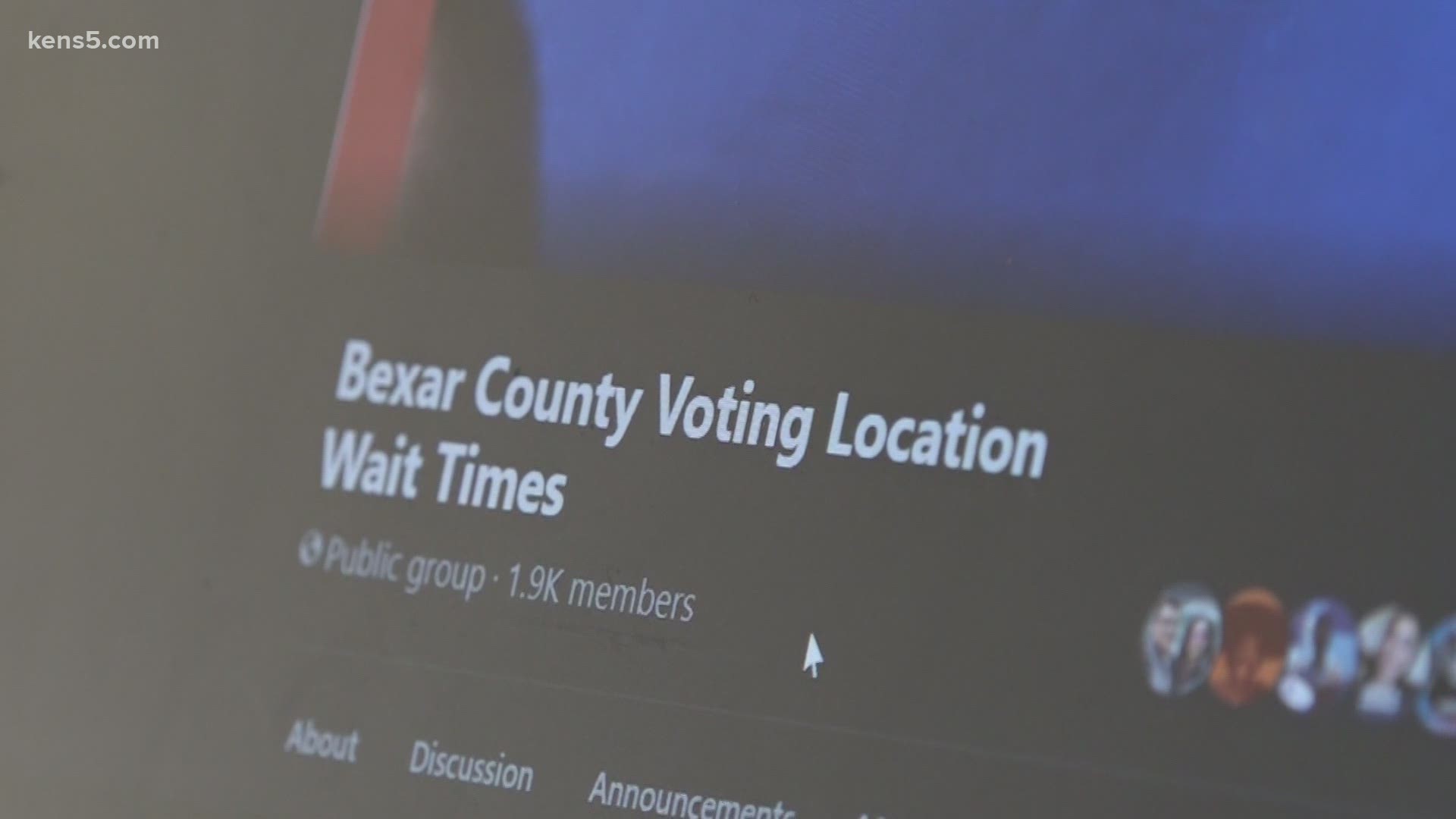 SAN ANTONIO — Four of the five most populous counties in Texas have a system that lets voters know approximate wait times at polling locations.

The one exception: Bexar County.

"I think what struck me was, (on) the first day of early voting, I saw a lot of people posting things on their pages," Casura said. "So they were like, 'How is the wait time at such and such?' And I thought, that's really cool. But the only people (who) are going to see that are people on your friends page."

After contemplating how to best execute her idea, Casura looked to a tried-and-true method that arose at the onset of the pandemic.

"There was an awesome (Facebook group) about grocery supplies during the first part of COVID," Casura explained. "And it helped a ton. And it was like, 'That thing worked. Just do it like that.'"

Casura started a Facebook group, inviting people who then invited others. Two days later, it had more than 2,000 members. In fact, the fast-growing group caught the attention of Facebook itself, which soon prevented her from adding others.

However, Casura added that she wished the idea came from a more official entity than herself.

"We clearly see there's a need," she said. "Sixteen-hundred people in 48 hours, when Facebook is blocking your ability to invite people shows there's a huge need for this. It's simple. Don't overdesign it, but get it done because people genuinely want to vote."

County Commissioner Justin Rodriguez told KENS 5 the live wait time feature was something he had unsuccessfully tried to implement ahead of the election.

At 5 on @KENS5: Every major Texas county has a website that shows you wait times at every polling location in the county — except Bexar County.

And it wasn't for lack of trying.
How the community is trying to fill the void using Facebook #KENS5Eyewitness pic.twitter.com/8I8OE5Zuvw

"I mean, it seems pretty simple. You know, they do it at Six Flags and Disneyland," he said.

As for why the idea never came to fruition, Rodriguez directed questions to the Bexar County Elections Department.

A spokesperson for the department said they were unavailable to respond to questions on Friday.

The group is doing more than informing people of polling site wait times. The page has reminders about curbside voting for individuals with mobility issues, as well as reminders of the fact that every polling site has a priority line for voters who are unable to wait in line for hours.