Man in custody after allegedly chasing McAllen protesters with chainsaw

The incident was caught on video, in which the man is heard shouting racial slurs and using profanity. 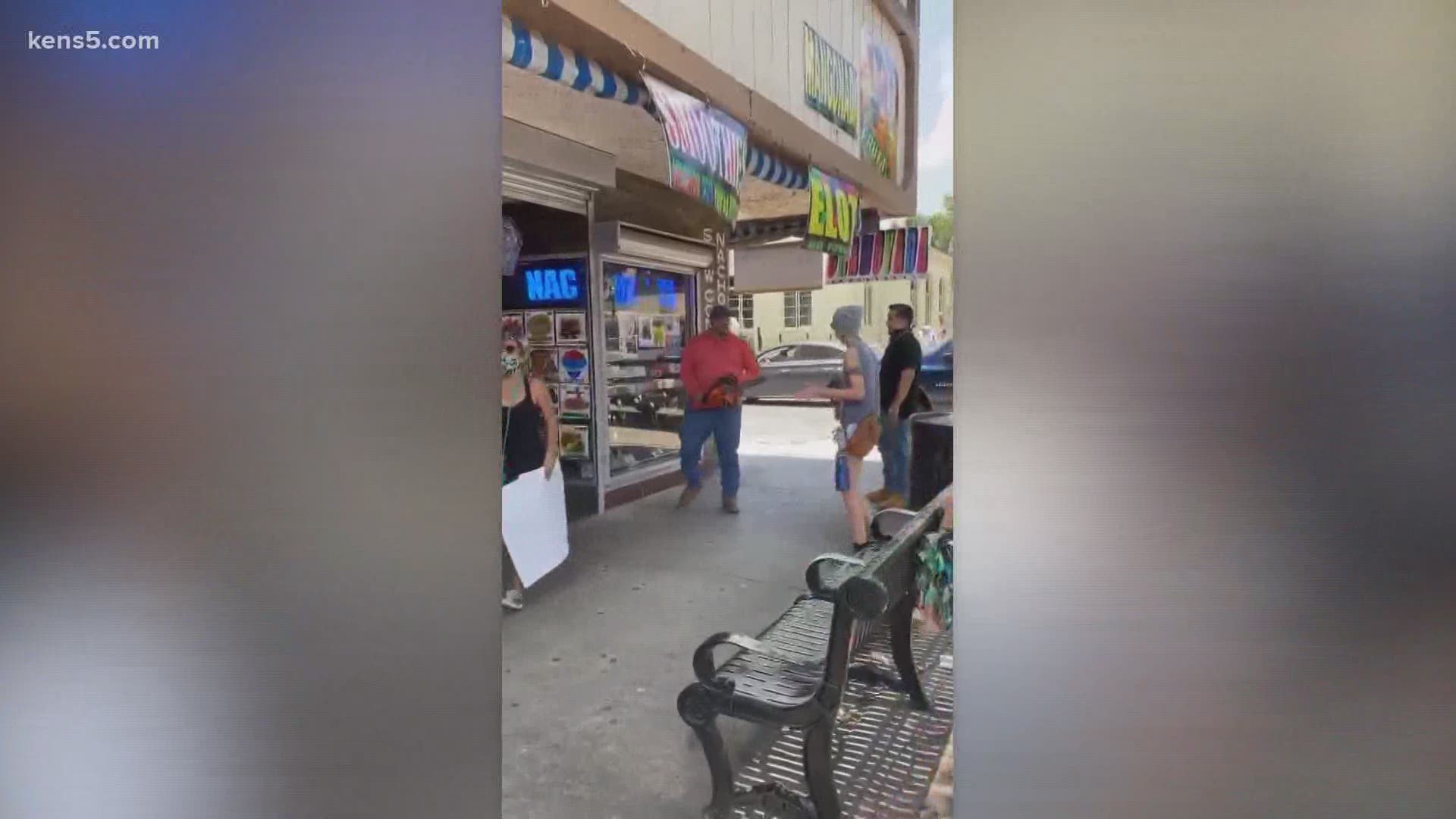 SAN ANTONIO — A dramatic moment was caught on camera when a McAllen man got out of his truck and chased protesters away with a chainsaw.

In the video, posted to Twitter by @TheHousPlug_, the man is heard shouting racial slurs and using profanity.

McAllen Police Lieutenant Joel Morales identified the man as Daniel Pena. He said Pena was detained Friday afternoon and taken into custody. Charges against him are pending.

Police said no one was hurt in the incident, and that the department was fully prepared for protesters who have a constitutional right to protest.

RELATED: Here's what protesters and police are doing around Texas