The FBI is also helping San Antonio Police with the search. 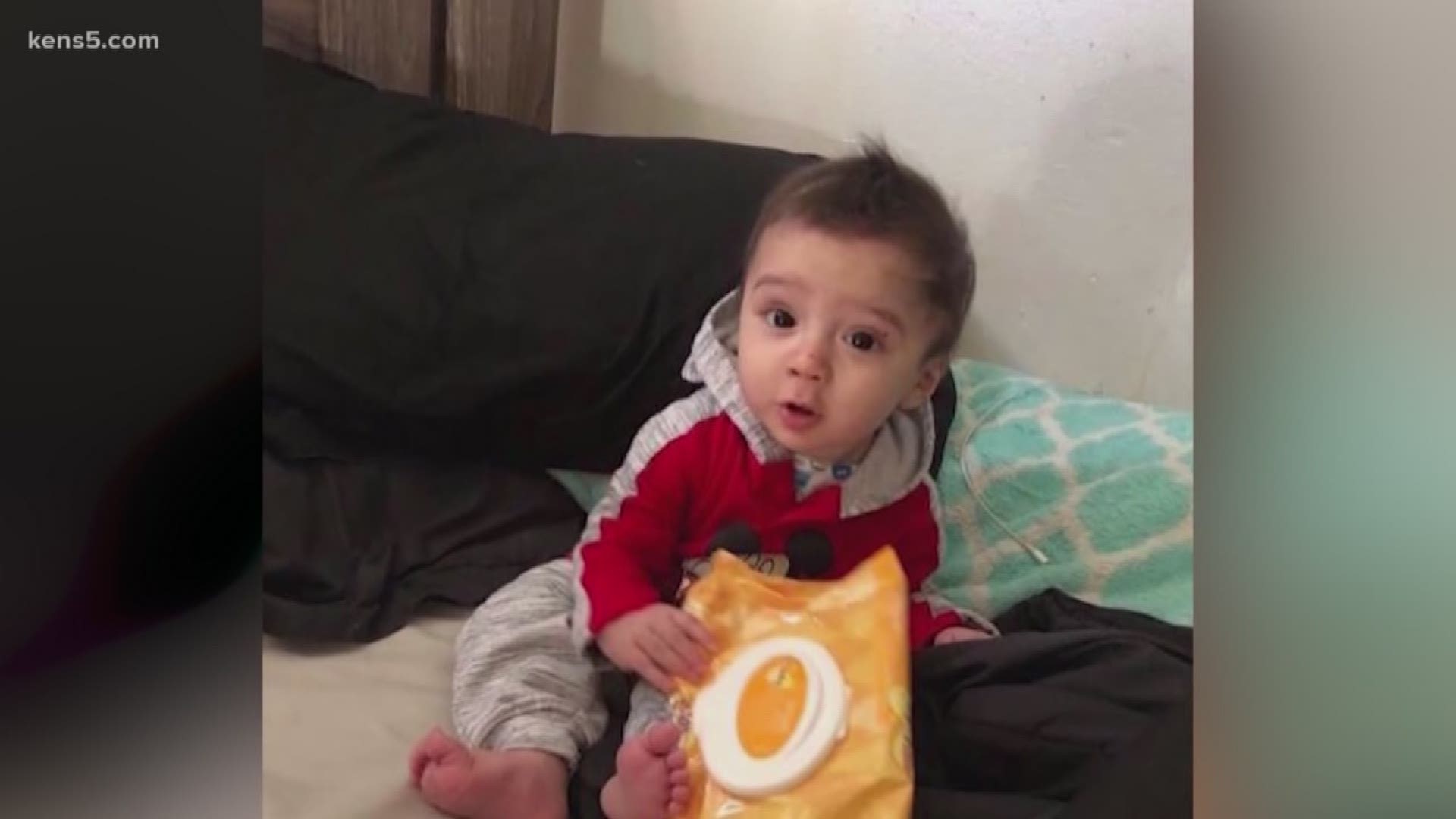 SAN ANTONIO — With help from the FBI, San Antonio Police say they continue to search for an 8-month-old San Antonio boy after he was taken from a west side gas station parking lot on Friday evening.

According to police, an unknown woman got in the car that King Jay Davila was in and drove off, after the father left the vehicle running and the door open while going into the store just before 7 p.m. In a Saturday afternoon update, SAPD Chief Bill McManus said the manner in which the woman got in the car was unusual.

"She knows where she's getting. This is just seconds after the father, Christopher Davila, left the vehicle," he said.

The car was found by officers about a half hour later at Rodriguez Park a few miles away, but the baby and his booster seat were gone.

Christopher, 34, was arrested after police say he wasn't cooperating with them, adding he may have been in on the incident. He was booked into the Bexar County Detention Center on child endangerment charges. Christopher was released on bond just before 6 AM Sunday morning.

"I know he has nothing to do with it. He loves his kids for sure," Jasmine Gonzales, baby King Jay's mother told KENS 5. "I never doubt anything about that."

Gonzales was at Rodriguez Park Sunday afternoon conducting her own search in the area. She tells KENS 5 does not believe police were doing enough.

Gonzales tells KENS 5 she did find a baby bottle in her search. She believes the bottle is her son's. Police were called to the scene.

In a tweet, San Antonio police confirmed they were still looking for King Jay and were conducting a more thorough search of the area. They also said the fire department was helping out in a water search at Rodriguez Park. Police were investigating, but did not find a body in Rodriguez Park.

McManus said SAPD has followed up "on several leads on who we think the woman is," but to no avail so far. He urged the public to call police if they recognize her. 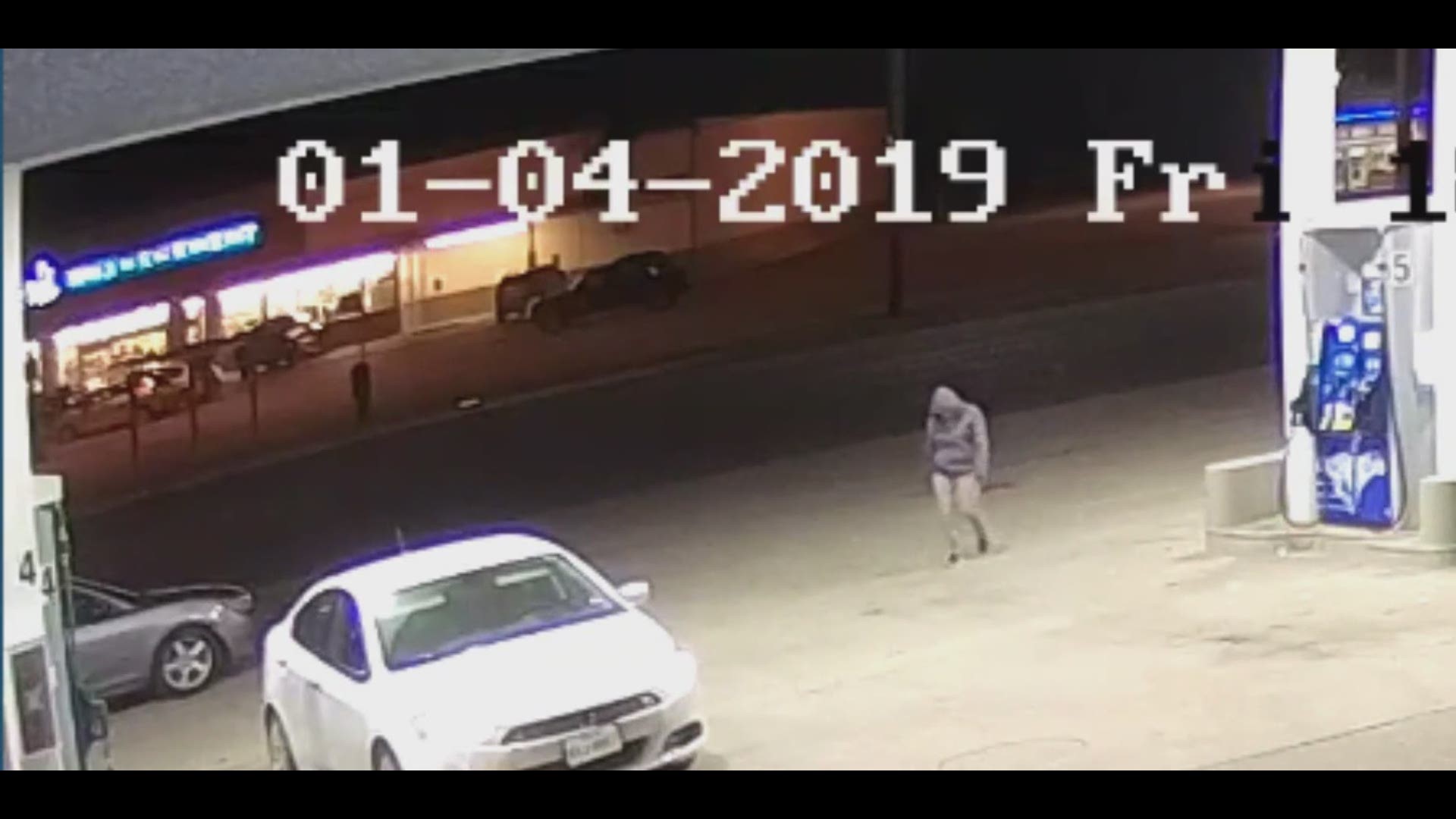 McManus also said that the incident has not met DPS standards for an Amber Alert to be issued, but they are investigating as though the child is in danger.

"Detectives have been working around the clock since this happened last night, and they continue to work as we speak," he said.

SAPD released video images of the female suspect midday Saturday. She is described as being a thin-built white or Hispanic female in her 20s or 30s. She was last seen wearing a grey hoodie and brown pants.

PLEASE RT: Here are video images of the female suspect who was last seen with 8-month-old King Jay Davila last night. We are working on enhanced video and photographs. Please call 911 with any information. pic.twitter.com/rUnqcGXh9D

"This is serious," Gonzales said. "It's not something to be playing with right now. This is an 8-month old baby. This is my son. He needs to come home."

SAPD says the boy was last seen in a blue onesie. If you see him, call 911 immediately.