QAnon convention is coming to Dallas. One resident is trying to stop it. 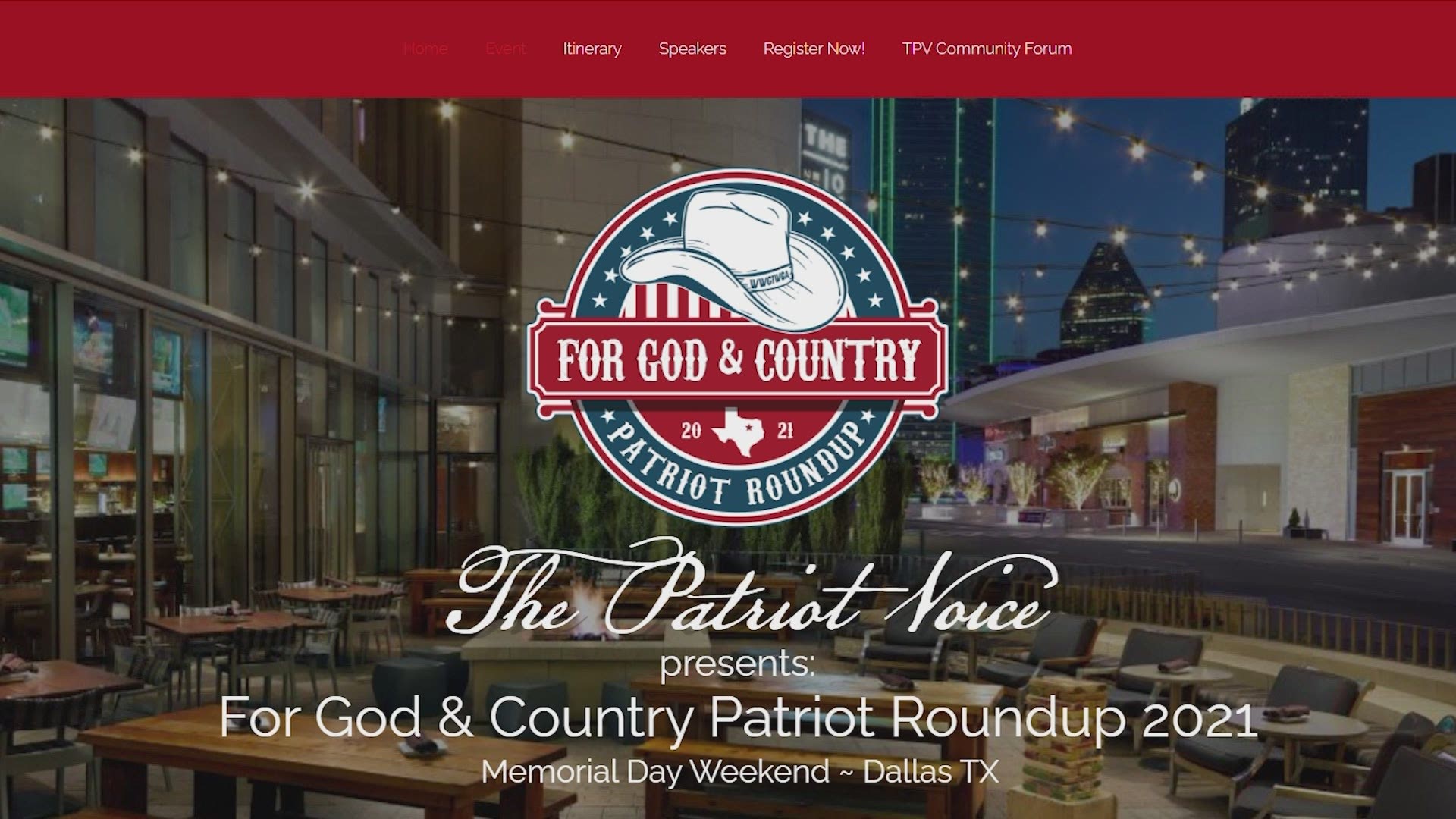 DALLAS — They call themselves patriots and they're coming to Dallas for a 3-day convention called "For God and Country Patriot Roundup."

But some are trying to block the convention from coming to the city.

Colleen Morgan started a petition to get it canceled and it has more than 20,000 signatures.

"It's a big lie. They are continuing to promote the big lie that Trump didn't lose the election. When we all know he did,” said Morgan.

It's being organized by a group called Patriot Voice, which embraces QAnon. They are a far-right wing conspiracy group.

This is part of their statement on their website promoting the event, "Although this has been a time of uncertainty for many, it is also a time of excitement as we witness political history being made before our eyes.”

"I think you need to look at the definition of a patriot, because people who storm the Capitol are the same people who believe the QAnon ideology,” said Morgan.

After the insurrection on Jan. 6, the FBI called QAnon a domestic terrorism threat.

The City of Dallas says it can't stop the group from coming but have held meetings with the FBI and the Dallas Police Department about the event.

WFAA could not reach any of the organizers, so WFAA reached out to Texas GOP Chairman Allen West, who is among the listed speakers. His spokesperson did not respond to WFAA's text or call for comment.

Initially, the convention was being held at Gilley's, which is a multi-purpose entertainment and dining complex in Dallas, but the venue backed out.

Organizers won't say where the events are being held now, but have booked a block of rooms at the Omni hotel in downtown Dallas.

The Omni hotel says, "They provide public accommodations for many organizations and does not reflect or indicates an endorsement."