Joseph Buechner said it's his mission to make people feel better with the music from his violin. 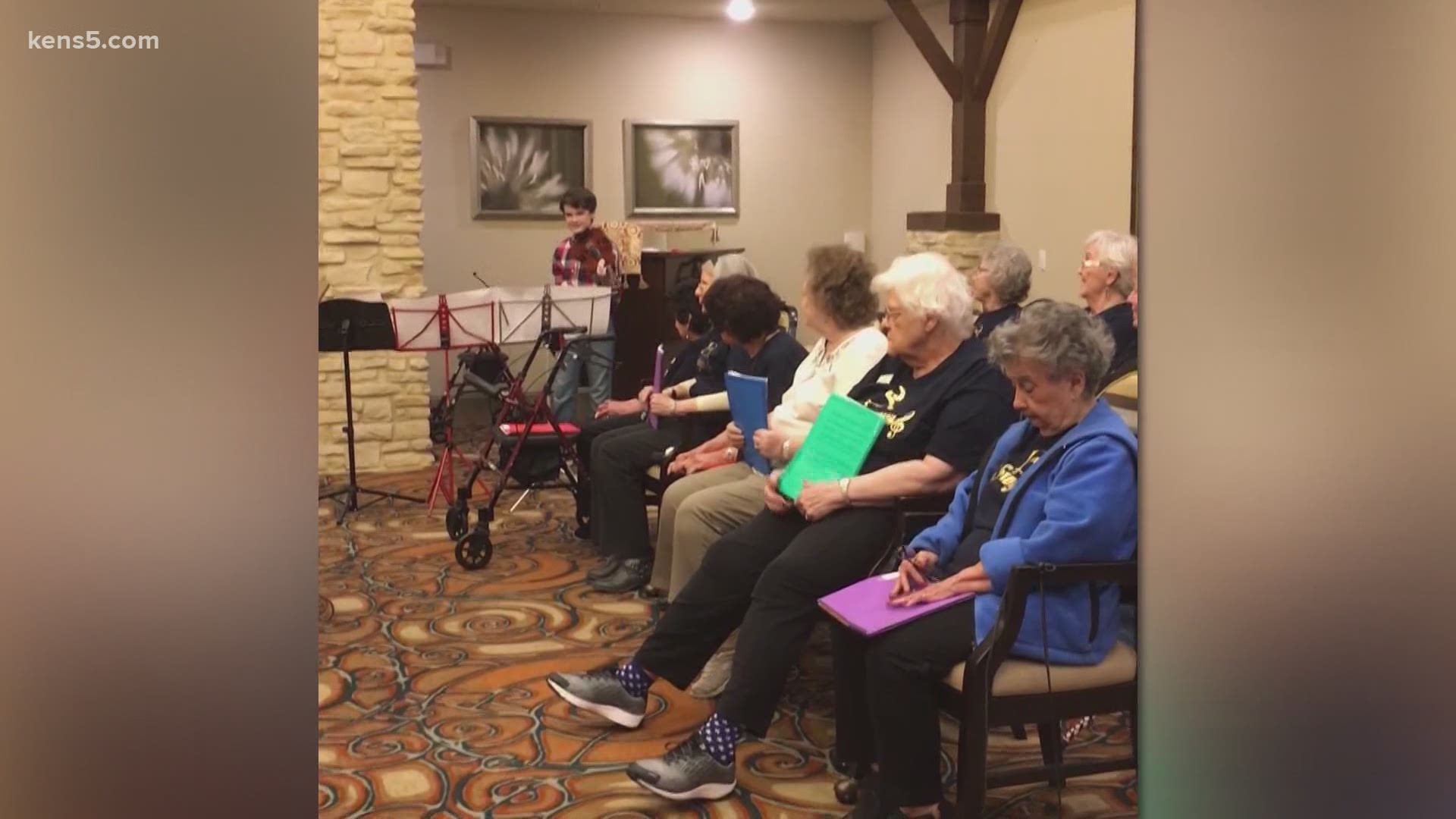 SAN ANTONIO — A few instruments are in Joseph Buechner's reach. None like the violin.

"It clicked with me," he said.

The 15-year-old can't explain what that 'click' is, but he's confident it's something he likes.

"My contribution is just taking him where he needs to go," Buechner said.

Her baby boy's talent is doing an excellent job at moving him around too.

According to his mother, Joseph began playing the violin at five. His first teacher was someone who lived nearby. Now, he's on Skype with an expert in Japan who used to be a member of the San Antonio Symphony.

"God's given him a great talent," she said. "But he practices a lot."

His family's ears catch the not-so-glamorous scales and attempts that don't sound quite symphonic – the young musician who's homeschooled practices up to two hours each day.

He's a member of the Youth Orchestras of San Antonio, where the teen even served as assistant concertmaster.

"Ever since he was a little boy, he's always had a really big heart for everybody," Buechner said.

In his spare time, Joseph teaches other youngsters to play the violin and raises money for the Epilepsy Foundation.

"I'm not the push behind it," she said. "So, it's nice to see a young kid be motivated to making a change."

Before the pandemic, he played for the tenants at Landon Ridge Alamo Ranch Independent Living. The audience came with life's most seasoned members.

"Keeps their spirits high, you know – not just going through the motions every day," Joseph said.

He'd go to their bedsides and take requests.

"Maybe sometimes it will keep them looking forward to something," he said.

Joseph plays a range of classical, fiddle music, standards, familiar tunes and even hymns. His father is one of the pastors at their church.

"That is one of the things I'm supposed to be doing in life," he said. "Just playing for people and helping them feel better or playing for the church."

Even when he feels the music isn't coming out correctly, the teen doesn't give up. The benefits of joy and healing reach scales he realizes are noteworthy.

"It's just a blessing to have all of that," he said.

And, there is a particular person who cheers on the kid the residents call the 'Violin boy.' Joseph's grandmother is in the audience. She resides there.