The Carry The Load West Coast Relay arrives in San Antonio on Sunday for a rally in Military City USA. 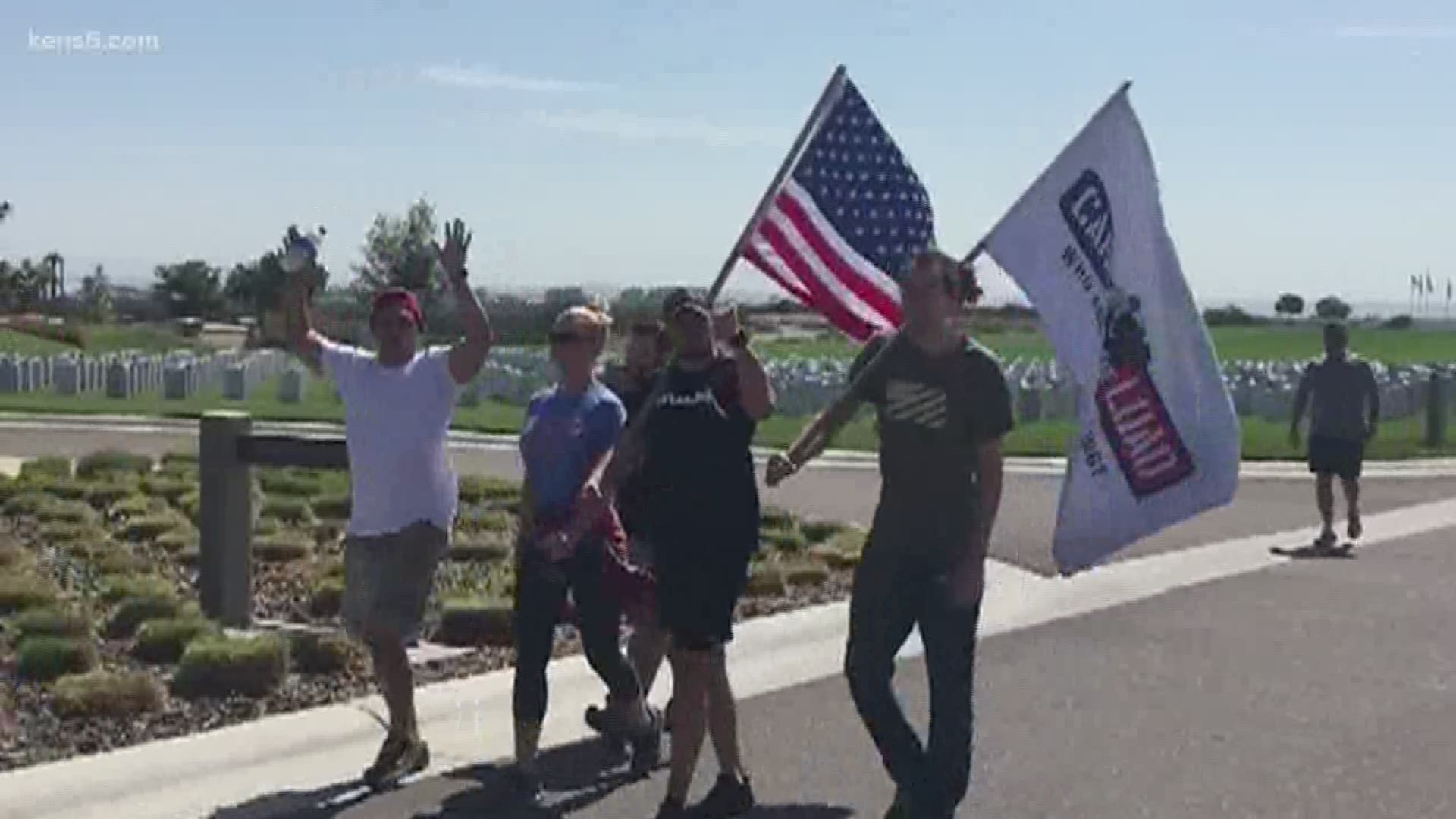 The Carry The Load West Coast Relay, which is now in Texas, began on April 27 in Seattle. Their mission: to bring back the true meaning of Memorial Day.

And now, San Antonio is in its sights.

"We are so excited to be here in San Antonio to welcome our West Coast relay team. They are on their way to Dallas," said Rachel Garay, Carry the Load’s marketing director.

Along with the East Coast relay team, which started its March on May 1 in West Point, New York, they are stopping in dozens of cities for Cary The Load rallies.

"We are doing 50 rallies in cities across the nation," Garay noted.

On Sunday, San Antonio gets the Carry The Load spotlight after the West Coast team arrives in the Alamo City in the morning, with the start of a 1.5-mile walk from the La Quinta Riverwalk just off I-37 starting at 11:30 a.m. and ending at noon with a two-hour rally at Juarez Plaza at La Villita.

"[The rally] will include live music, entertainment, [and] inspirational speeches," Garay said.

The West Coast relay team will be there, as will the Carry The Load Bus. The team hopes that you'll be there too to help celebrate the sacrifices of our nation's heroes.

"[We’ll celebrate] our military, law-enforcement, firefighters and rescue personnel, and their families who sacrifice for us every day,” Garay said.

Debi Buning of Dallas, Texas plans to walk in Sunday’s event too.

"I am carrying Colonel Chuck Schretzman US Army special forces, who has just been diagnosed with ALS," said Buning, who added that this rally in San Antonio is the perfect way to honor those like Colonel Schretzman. "What a great way to show up [Sunday] and support all these great heroes."

The walk will end at La Villita's Juarez Plaza around noon with festivities taking place until 2 p.m., that's when the relay team hits the road again, heading to Houston next.

If you are unable to attend Sunday's events but would like to donate, just check out CarryTheLoad.org or text the word "HONOR" to 27722.