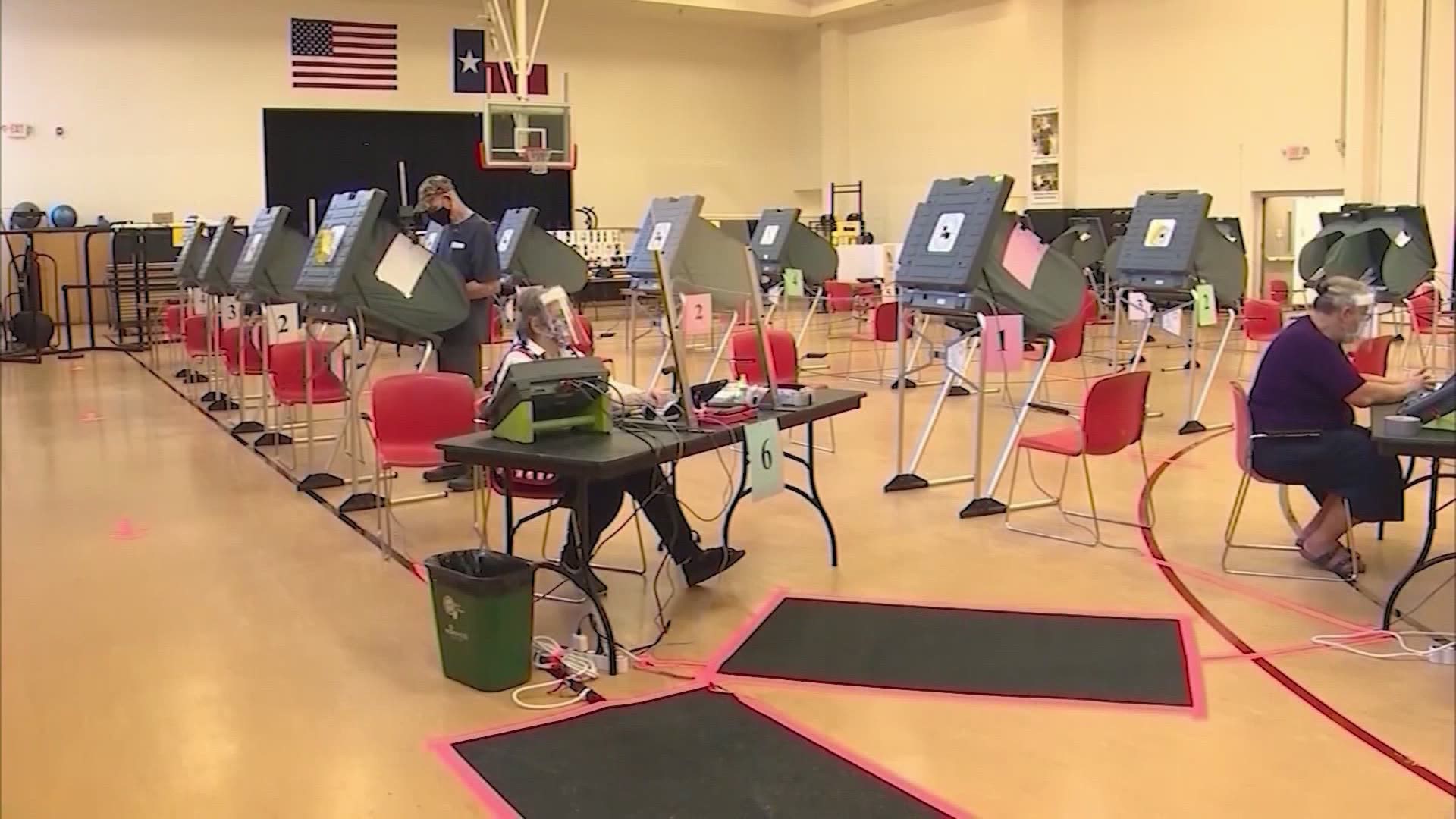 HOUSTON — A controversial bill in the Texas legislature is nothing but voter suppression and harassment, some Houston-area leaders said Monday.

The Texas Legislature is currently reviewing SB 7 and HB 6, which would:

Gov. Greg Abbott said it's necessary to deter voter fraud. But Houston Mayor Sylvester Turner argued it will make it harder for both parties to vote.

Harris County Judge Lina Hidalgo agreed, saying the bill is a direct response to the massive success Harris County had with the 2020 election process.

"We can't allow what happened in Georgia to happen here in Texas, Hidalgo said. "This is nothing but voter harassment.

Sen. Paul Bettencourt, one of SB 7’s authors, told KHOU11 on Monday night that the claims made in the press conference were “preposterous” and “political theater.”

“If you really want to get people out to vote, make it a holiday,” LaRotta said.

LaRotta, who is also a business owner, doubts Texas companies would be hurt by SB 7 and HB 6.

“(Opponents are) not presenting really strong arguments here,” LaRotta said. “The only way I see that is if this is used as a public relations piece to bully other businesses into complying.”

The state of Georgia passed a similar bill last month that lead to backlash from several major corporations and sparked a nationwide debate.

Abbott responded Monday by refusing to throw out the first pitch at the Texas Rangers opener.

He said he will sign the Texas bill if it's passed by the legislature.

Bob Stein, KHOU’s political analyst, believes Republicans in Texas, Georgia, and across the United States are filing similar voting bills to convince their base that elections will be fair and honest.

“Because one of the things we’ve learned from the runoff election in Georgia is if people don’t believe in the integrity of the election, they won’t participate,” Stein said.

Both SB 7 and HB 6 are currently in the Texas House.