Man with several warrants arrested after crashing into Motel 6

Fire crews estimate that damages to the building could cost around $6,000 to repair. 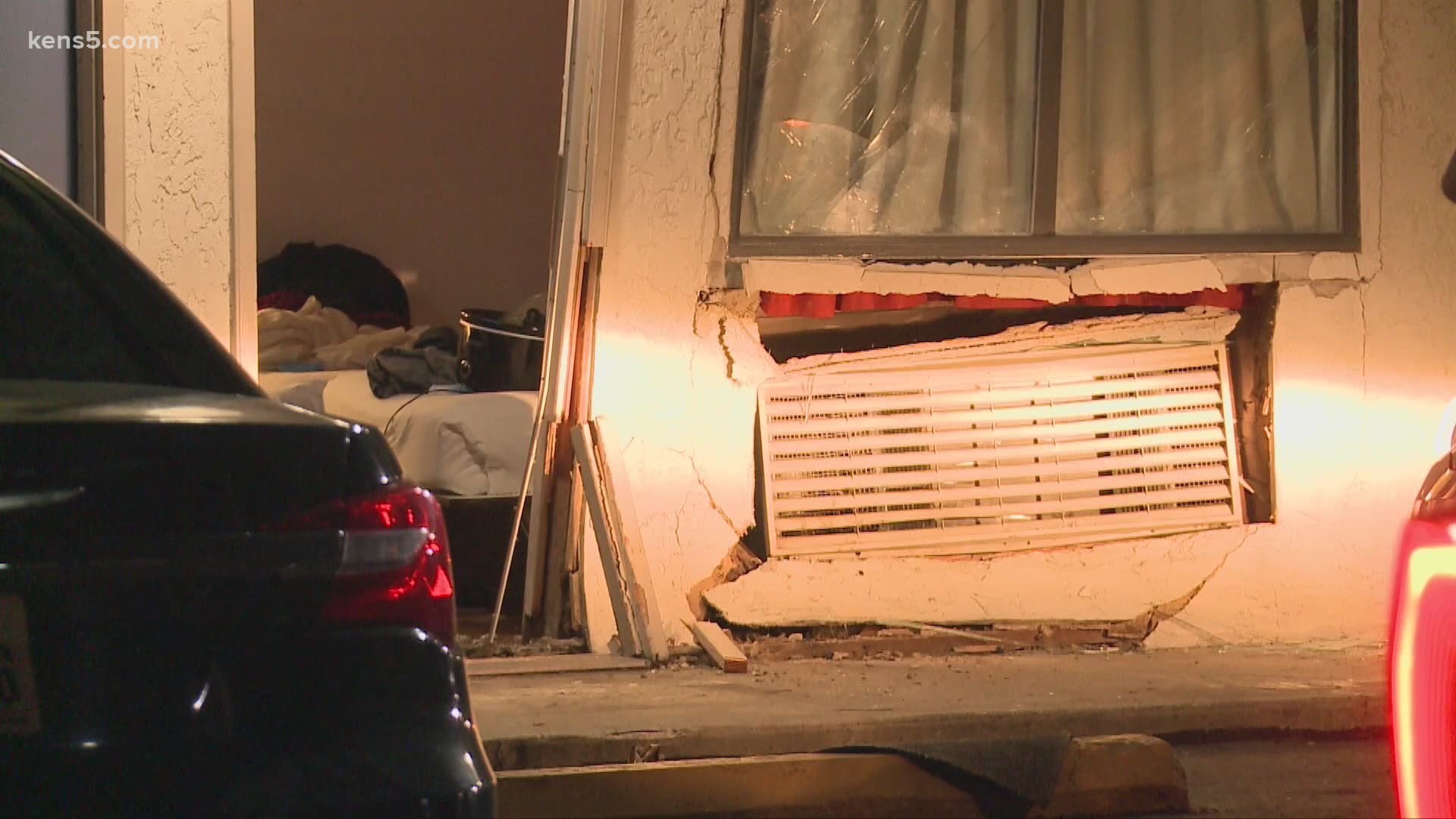 SAN ANTONIO — Officers arrived at the Motel 6 at 5522 I-35 N Saturday morning to find a car in a motel room.

SAFD and SAPD were called out to the motel around 12:30 a.m. Saturday.

A spokesperson with SAPD said that it's unclear how the crash occurred.

The driver and passenger stayed at the scene until officers arrived. Both the male driver and the female passenger were arrested for warrants.

Fire crews estimate that damages to the building could cost around $6,000 to repair.

The person that was inside the room the duo crashed into was not injured.