Roxanne Mathai spoke through her attorney after BCSO slapped the lieutenant with an order of confidentiality. 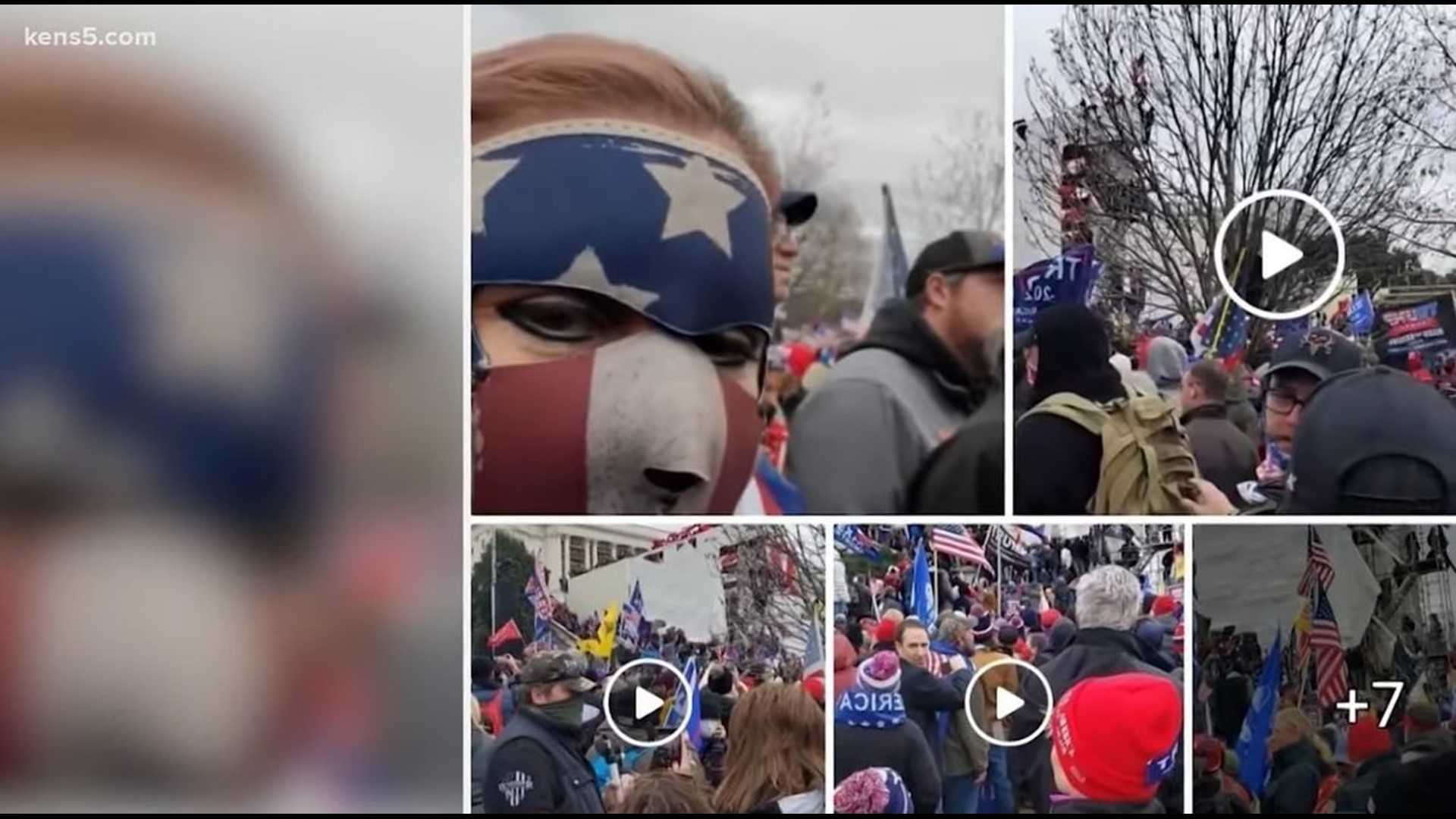 SAN ANTONIO — The Bexar County Sheriff’s lieutenant who attended the deadly riot at the U.S. Capitol last week is sharing her side of the story through her attorney.

As the chaos unfolded outside the Capitol last Wednesday, the lieutenant captured what was happening around her and posted some the images to social media.

Roxanne Mathai, an admitted ardent supporter of President Donald Trump, said she did not participate in the breach of the Capitol building and was compliant with federal officers.

“She was an excited Trump supporter at a historical rally,” said Mathai’s attorney, Hector Cortes. “And, as everybody does these days on social media, she took pictures. She posted pictures of herself and her excitement on the way.”

Cortes said Mathai had no idea about the violence erupting inside the Capitol building when she was far away from the mob breaching the doors and forcing their way past officers.

Cortes shared a screenshot of a Facebook post Mathai added later on Wednesday evening, condemning the violent actions of some of the supporters.

The day after the rally, Sheriff Javier Salazar announced he had sent screenshots of Mathai’s Facebook posts to the FBI to determine if any crimes were committed.

But Cortes insists Salazar has no evidence that Mathai committed any crimes.

“Sheriff Salazar cannot articulate any actions that would be interpreted as activities rising to reasonable suspicion of criminal activity," he said.

Meanwhile, Salazar said he also turned the social media posts over to Internal Affairs for an administrative investigation.

“At some point the assembly became unlawful, and, at another point, she was still there, and she documented that with pictures,” said Salazar in a press conference last Thursday. "We're going to hold her accountable for the most we possibly can."

KENS is talking to Mathai’s attorney because he said when his client returned from D.C. on Friday, BCSO slapped Mathai with a non-disclosure agreement preventing her from telling her side of the story in her own words.

“I think what needs to be looked at here is that despite there (being) no evidence of criminal conduct, there’s not even a smidgen of what I would call evidence that rises to reasonable suspicion that there may have been criminal conduct,” said Cortes. “The threat of her losing her career and her livelihood is used over her head because she’s not allowed to defend herself.”

A spokesperson for BCSO said an order of confidentiality is served for all administrative investigations.

Cortes said Mathai wants to defend herself against another allegation; Salazar also announced last week that Mathai was on administrative leave for other allegations of an inappropriate relationship with an inmate.

Cortes said the case is better described as “inappropriate communication with a family member who was an inmate.”

A case in which Mathai was actually the whistleblower.

“She’s a jailer, and one young man who she was once the guardian of, texted her and she reported it,” Cortes said. “And, naturally, there has to be an investigation which she reported and is clearly complying with that.”

Cortes said he expected Mathai to be exonerated from this incident in a meeting that was scheduled for Wednesday; it's since been canceled. That’s because Salazar said Mathai should quarantine after attending the rally, which could turn out to be a super-spreader event amid the ongoing coronavirus pandemic.

However, Cortes said an internal investigator with BCSO contacted Mathai on Tuesday, scheduling a meeting for Jan. 20 to get her statement.

KENS reached out to BCSO for a response and we were sent this statement :

“Her discipline case is ongoing, and we are cooperating with federal authorities for any criminal case.”