“If it’s determined that what she did was illegal, then let the chips fall where they may," Sheriff Salazar said. 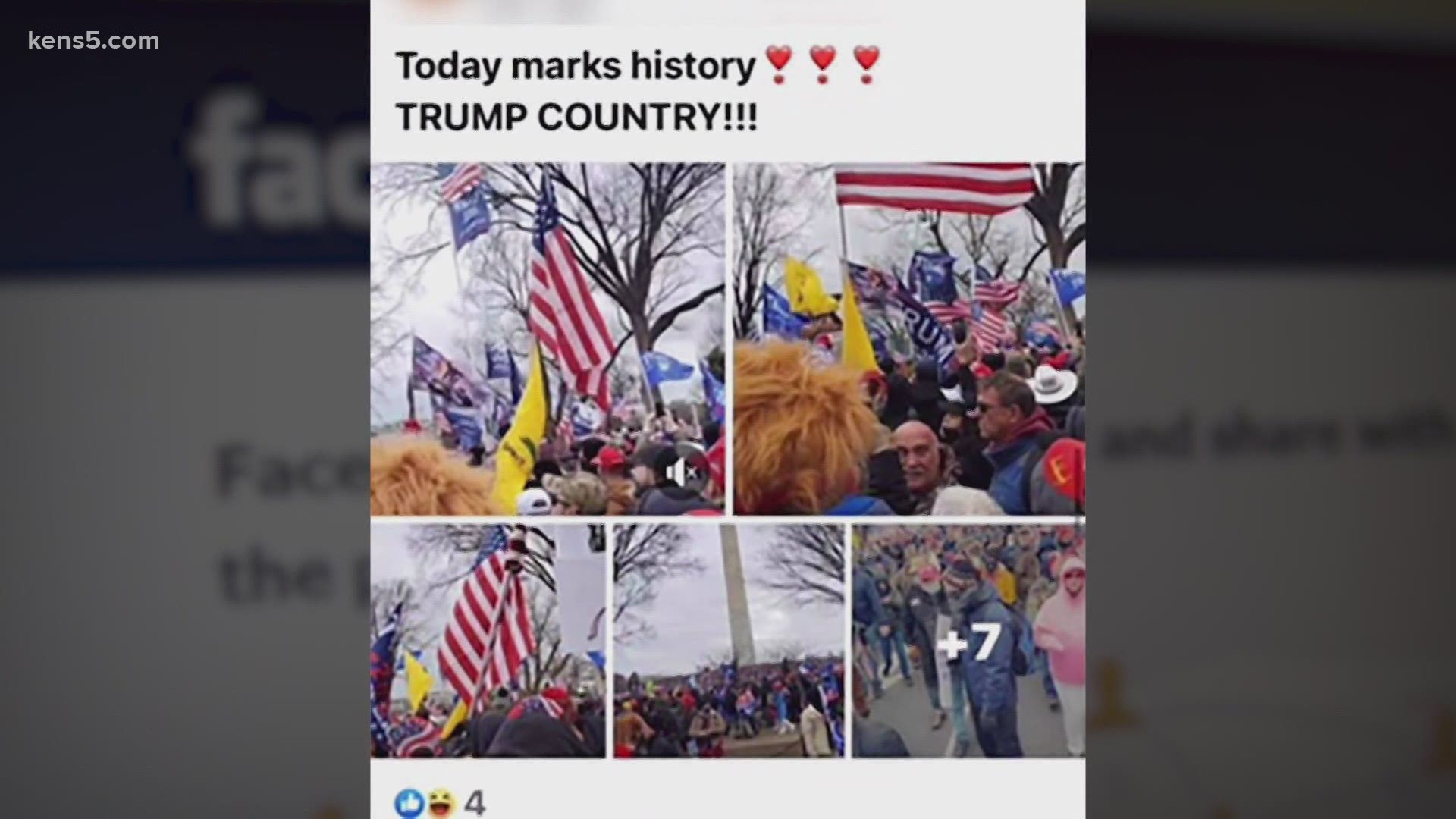 SAN ANTONIO — An administrative investigation into a supervisor with the Bexar County Sheriff’s Office is underway after the eight-year employee posted photos from protests that evolved into a deadly siege at the U.S. Capitol on Wednesday.

Among the screenshots of the posts shared with KENS 5, one shows Mathai in an American flag mask among a large crowd. The caption on the cluster of photos and videos reads, “And we are going in …… in the crowd at the stairs… not inside the capitol like the others. Not catching a case lol.”

Another cluster of photos shows a line of officers in riot gear, standing on the steps of the capitol as they are approached by others in the crowd. Mathai wrote in part, “these Gus (sic) were only doing their job and as you see in the videos, my friends and I were more than compliant and they were very respectful to us as well. May God bless them.”

“Look, I understand. Freedom of speech, freedom to assemble. That’s everybody’s right under our constitution, and for all we know, what this person did — what Roxanne Mathai did — was within the confines of the law,” he said. "I don’t know that at this point."

Photos show Mathai marching with people who attended the “Save America" rally held by President Donald Trump earlier on Wednesday morning. During the rally, the president called on the crowd to march to the Capitol to “cheer on” elected officials as they completed the electoral count.

Hours after the call to action, four people had died and several others were injured in what turned into a riot that briefly placed the Capitol on lockdown.

Salazar on Thursday said he forwarded the screenshots of Mathai’s posts to the FBI for review. While the images show nothing patently illegal, Salazar said he is also looking into whether Mathai violated dispersal orders. He said his “intent is that she never set foot in this building again."

“If it’s determined that what she did was illegal, then let the chips fall where they may and we’re certainly going to assist with what we need to do with regard to that,” Salazar said.

"At some point, the assembly became unlawful,” he said. “And at another point, she was still there. And she documented that with pictures.”

Hector Cortes, an attorney claiming to represent Mathai, told KENS 5 that "various inaccuracies" had been made regarding the lieutenant's attendance at the rally, and that Mathai's comments stating, "And we are going in" was "only social media bluster."

Cortes also clarified that the current administrative investigation into the lieutenant is related to "inappropriate communication with a family member who was an inmate," and that his client "expects complete exoneration soon.

BCSO responded to Cortes' statements, saying Mathai's discipline case is "ongoing," while the department is cooperating with FBI investigators in regards to her actions in Washington, D.C. this past week.