Twenty minutes after calls came in to the Real County and Uvalde County sheriff's offices alerting them of a reckless driver, the same white pickup truck collided head-on with a church bus. 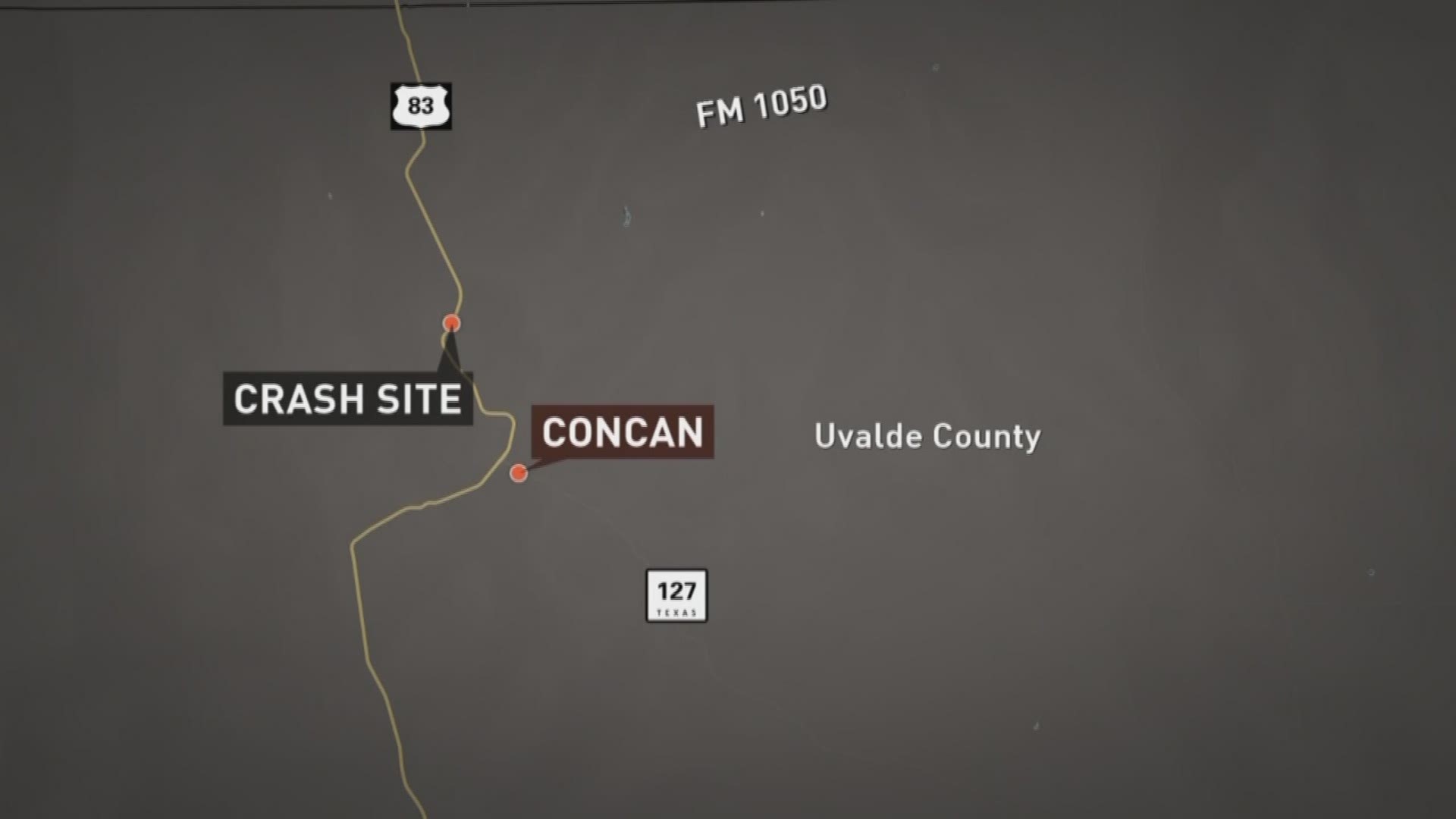 Twenty minutes after calls came in to the Real County and Uvalde County sheriff's offices alerting them of a reckless driver, the same white pickup truck collided head-on with a church bus.

On Tuesday night, we got a better look at the timeline of what happened before and after that deadly bus crash last week south of Garner State Park.

KENS 5 obtained the Uvalde County dispatch recordings highlighting some of the difficulties first responders face in rural parts of Texas.

A little over an hour before the crash, even before reports of a reckless driver, a 911 call was made in Uvalde County:

Less than 20 minutes later, dispatch was warned of a reckless driver in a vehicle with the same description.

Since Uvalde County deputies were 30 miles away from the crash, they sought help from other agencies as they headed to the scene.

(12:14 p.m.) "I received a report of a white Dodge dually, that is one mile south of Concan, driving recklessly."
"Ok, yes sir. We did have a report of this and we have a deputy that's responding that way."

"There is a collision out here on US 83 about two miles south of Garner Park."
"What kind of vehicle, sir?"
"Dodge dually crew cab and a church little van."

Dispatch called DPS and eventually all EMS from Uvalde County, but first responders were also 30 miles away. Deputies told dispatch to also call in closer agencies.

"Can you contact Garner State Park Police and have them make that 20 so they can advise of the severity of injuries?"
"Since we don't know the exact location, can you also dispatch Concan Fire?"

Communication in the remote area of the crash proved to be a challenge. Radio signals were weak.

DPS: "Is this a fatality or is this a major crash with several injuries?"

Dispatch: "It's two that were DOA and three that were injured."
DPS: "Ok, cause I got a call from one of my troops that it was a five DOA."
Dispatch: "Five?"
DPS: "Yeah, so I think there's a lack of communication, so i'm trying to figure out --"
Dispatch: "We had a deputy who requested five aircraft and we already have three en route."
DPS: "I'm not there. I'm headed that way. Sgt. Maldonado is on scene and he said there's no phone service so that might be an issue."
Air Evac: "I have air evac 71 that is on scene. Can you confirm for us if they have indeed landed safe at Garner State Park?"
Dispatch: "Let me check, because I believe they're having radio problems as well."

More than an hour after the accident, two helicopters were on scene to air lift the victims. Three more choppers were on the way. Due to availability and geographical location of the helicopters, some reported ETA's of 50 minutes.

Deputy: "We're gonna have multiple fatalities. We'll be waiting for jaws of life or another person."
Deputy: "Send as many as you can. I need five patients transported."
Deputy: "Last word was we need five birds for five patients. Urgent."

The lone survivor aboard the church bus is in stable condition at the hospital.

The driver of the white truck, 20-year-old Jack Dillon Young, has been released from the hospital.