Some social media posts are offering the chance to take someone else's vaccine appointment slot. Here's why you should skip it.

See on social media a slot you can take because someone else can’t make theirs? Here's why you might want to pass, despite it being a seemingly easy switch. 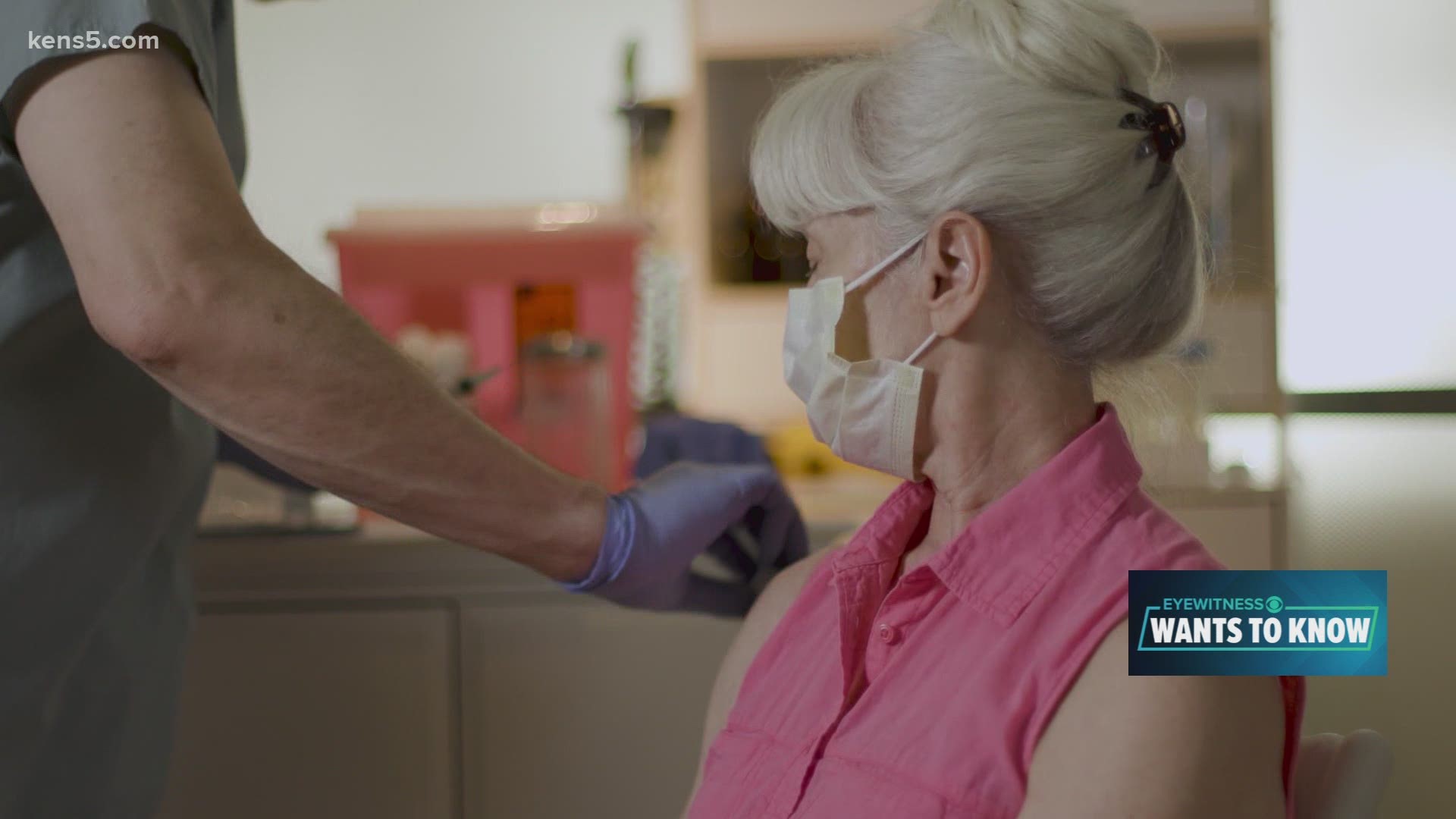 SAN ANTONIO, Texas — You are likely to see more posts on social media asking to swap vaccine appointments now that all adults are eligible to get immunized in Texas. Booking a vaccine slot can take multiple tries, but think twice before saying yes to this offer.

“Some of them are legitimate – maybe some friends, family reaching out, asking for substitution – but there are certain red flags that go off when I see one of these,” said Michael Skiba, who is known as Dr. Fraud. "If you're going to get an appointment right now, that's probably one of the top priorities for a lot of people. It's not like a dentist appointment or a checkup. This is something major."

The post just asks for a few pieces of relatively common information: Your name and birthday. Watch who you give those to.

“That is just the gold standard for scammers, because that’s what they want, because they can take that information and they can use it against you for identity theft purposes or maybe just sell it basically on the black market,” Skiba said.

Worse, you will probably not get the vaccine, either.

“We have staff who will verify the individual’s name and also their date of birth,” said Mario Martinez, assistant director of the City of San Antonio’s Metropolitan Health District. “We also check for ID to ensure that is the correct person who has an appointment for it for that date and time. Individuals who have shown up to say that the person who registered switched them, those people are turned away.”

“We really want people to keep those dates and times,” Martinez said.

So how do you change a vaccine appointment? It depends on where you're getting your shot. Each provider will have a different protocol. For those using Metro Health, show up to the vaccination site in person; even then, there are no guarantees you'll get new appointment. A rescheduled appointment is made on a case-by-case basis.

“You’ve seen a few individuals do actually show up to the Alamodome and in person will be in line and we verify who they are with their ID and at that point tell us they would like to reschedule,” said Martinez. “We’ll kind of talk to them about the situation. We’ll talk to our operations team and see if we can reschedule them”

You can also call 311 and ask to reschedule. Your best bet, though, is to schedule an appointment you know for sure you can make.

You might be tempted to skip the endless calls or page refreshes online as you try to get an appointment, but it is really the only legitimate way to get a vaccine.