Local blood banks say the demand for plasma is as vital as ever during the ongoing pandemic. 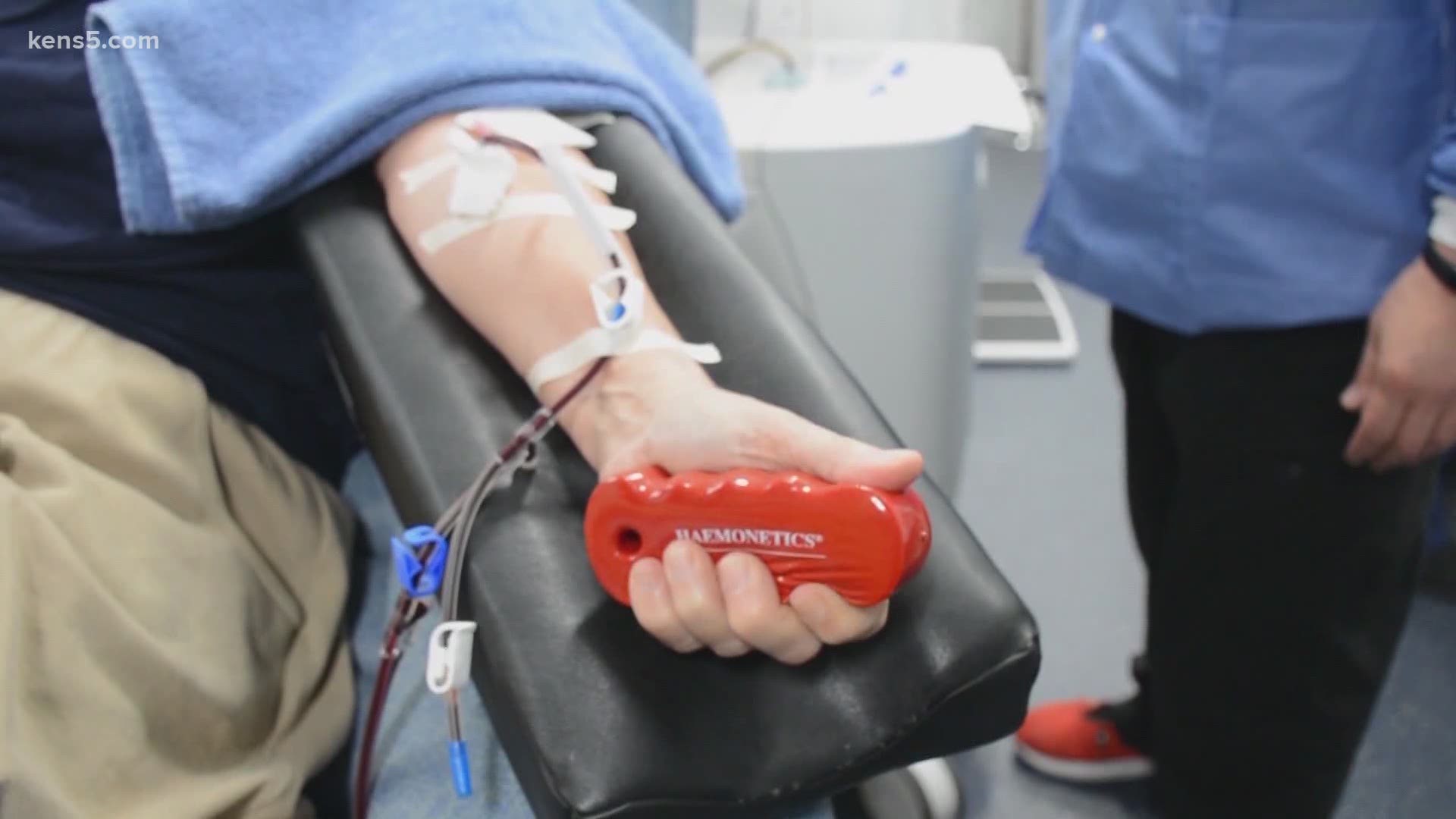 SAN ANTONIO — Ever since recovering from the novel coronavirus back in April, Paul Basaldua has been advocating for other surviviors to donate their plasma.

“If we do not get the message out, that means we are not saving lives,” Basaldua said.

In Bexar County, 2,827 people have recovered from COVID-19 since the pandemic began. Officials with the South Texas Blood and Tissue Center have, for weeks, urged those survivors to donate convalescent plasma, which has shown to be effective in treating current COVID-19 patients.

“If you had half of those people give one donation (and) we have 300 to 400 people in the hospital, you have more than enough to serve those people,” Basaldua said.

Since recovering, Basaldua has gone to donate his plasma five times, giving four units each time and possibly saving 25 people in the process.

While San Antonio is seeing a second surge in positive cases, the STBATC is seeing the opposite when it comes to donations.

“I’m a little amped up about it because we should have a lot more plasma there than we have,” Basaldua said.

Basaldua says the center is so low on blood plasma they’ve had to start buying plasma from other areas, which can cost anywhere from $500 to $700 a unit.

“At some point, the places they’re getting it from will have there own surge, and they’re not going to be able to import."

Basaldua added they need the help of the community to help meet the demand there is now, and the demand we may see later if cases continue to rise.

“Let's get enough stored in the bank so that when they are these waves, like this one right, now we have plenty."