As schools explore graduation alternatives, one SA senior has started a petition against virtual ceremonies

The city's biggest district is exploring all options. 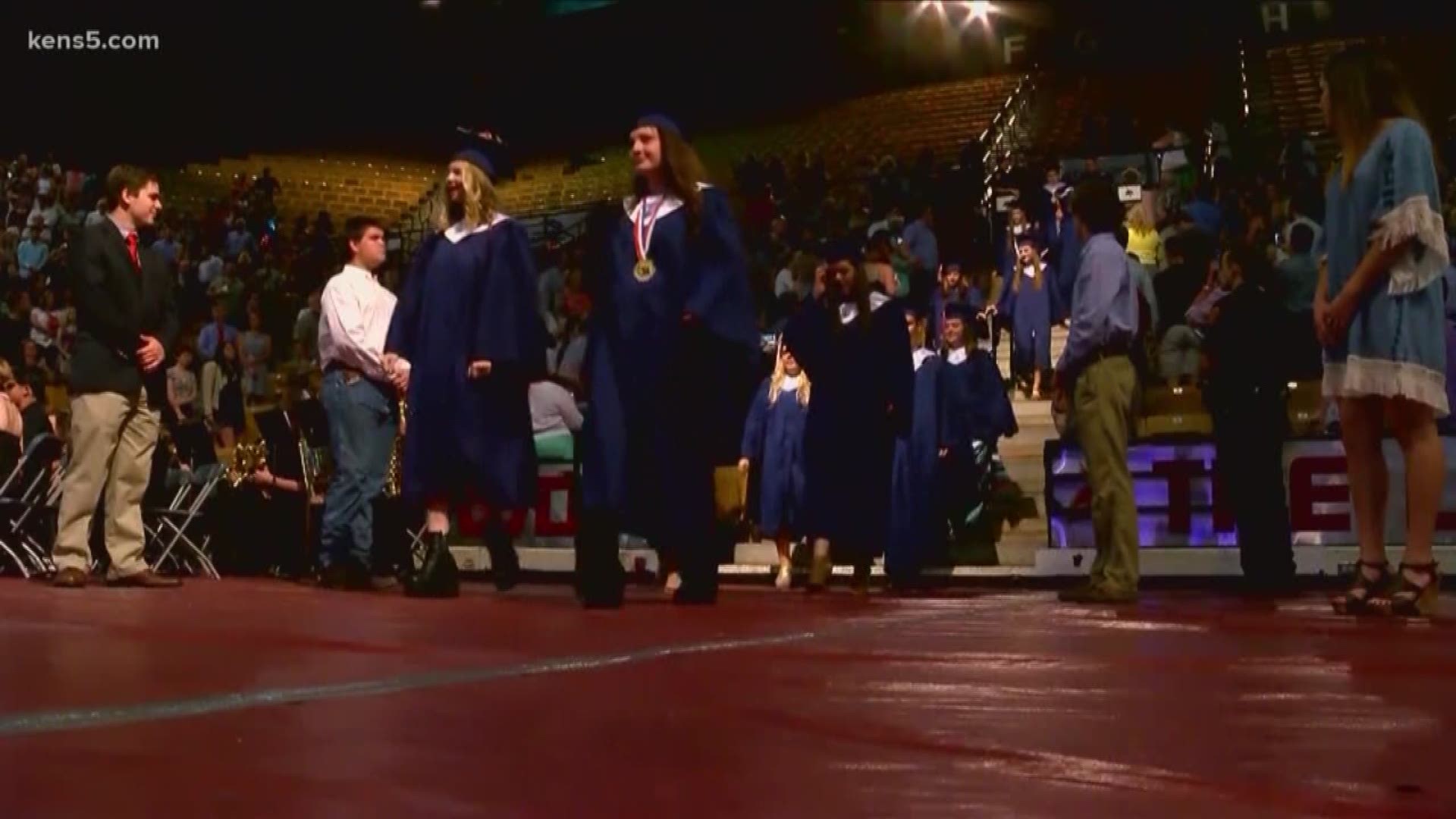 SAN ANTONIO — Alejandra Diaz is anxious to graduate. But how she will graduate remains a big question.

"It has been really hard for us," she said. "I was really upset. I felt bad for all the seniors that have worked so hard – most their entire life – to be able to graduate in front of friends and family."

High school graduations, like most everything else, are in limbo. As San Antonio school districts consider virtual ceremonies among their options for alternative celebrations, the Madison High School senior has started an online petition against the idea.

"We, just like everyone else, would love to have nothing more than an in-person traditional graduation, and we are holding on to hope we are still able to do that," she said.

However, given the current climate, NEISD is examining its options, including handing out degrees in a virtual space.

Diaz started the petition for her senior class, saying she wants the district to reschedule for a later time when a traditional, in-person ceremony would be possible. So far, more than 1,200 peers agree with her.

Diaz's mom, Emily Garza, said she hopes the for the best. But she says she's not surprised her daughter has inserted herself into the conversation so vocally.

"I think, like most families in San Antonio, we have a large family. So it is something we all look forward to for each one of the members that have graduated," Garza said.

NEISD said a decision has not been set in stone. They aren't only looking at virtual ceremonies, but the possibility of meeting students halfway and using an outdoor venue like a football stadium.

"We are also going to see how long this shelter-in-place will last, whether we will be social distancing down the road," Chancellor said. "But we know when we have so many students at different high schools we have to look at all options right now."

KENS 5 also reached out to Northside ISD, who is also hoping to hold an in-person ceremony. But according to a district spokesperson, they too are exploring the idea of virtual events.

The school districts are waiting on guidance from the Texas Education Agency. KENS 5 reached out to the TEA, and was told that information could be released in a couple of weeks.

RELATED: No SAT scores? No problem. Some colleges are waiving SAT & ACT scores for admittance