SAN ANTONIO — A Pre-K teacher is all the talk at her school this week. Edgewood ISD chose her from among 700 teachers to receive our KENS 5 Credit Human EXCEL award.

The school district says Denisse Aguilera has a wonderful love for children and says it goes back to her childhood.

The oldest of 4 children, Aguilera was always taking the lead sharing everything she knows with her younger brother and sisters.

"I remember being in my living room with posters in the background and I was teaching them you need to say this right, this is the ABC's,” Aguilera said, " I was the teacher. I was the boss. I was telling them what to do.”

Born in Veracruz, Mexico but considers herself a San Antonian, Aguilera grew up here and went to the University of the Incarnate Word.

If there's anything in life she was always certain of,  it was that she always wanted to work with children. 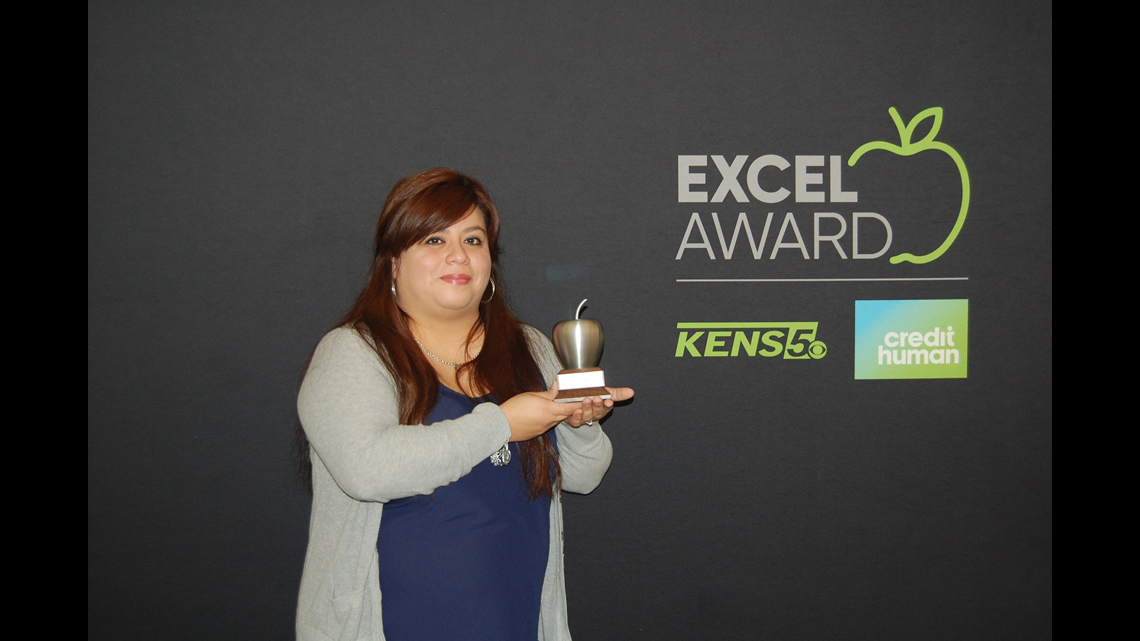 "At first I wanted to be a doctor but I was like it's really sad. I want to see the kids once in a while. I wanted to be more involved like a constant in their lives, something positive that I could do. so I decided to switch from being a doctor to being a teacher."

So here she is today, living her dream at Stafford Early Childhood Center at Edgewood ISD, right in the middle of her 3 and 4 year old Pre-K students.

And it shows. The Center’s director Mary Miller-Baker says Aguilera is a true role model not only for teachers but also families.

“She brings a positive attitude. She comes to work happy to be here, happy to work with the children,” Miller-Baker said, “She helps her peers, she's involved with the campus, but she also does her job each and every day to the best of her ability.”

Despite doing an outstanding job, Aguilera admits it’s a challenge having to teach 3 and 4 year olds at the same time.

But even during the toughest of days, Aguilera says the children never fail to make her smile.