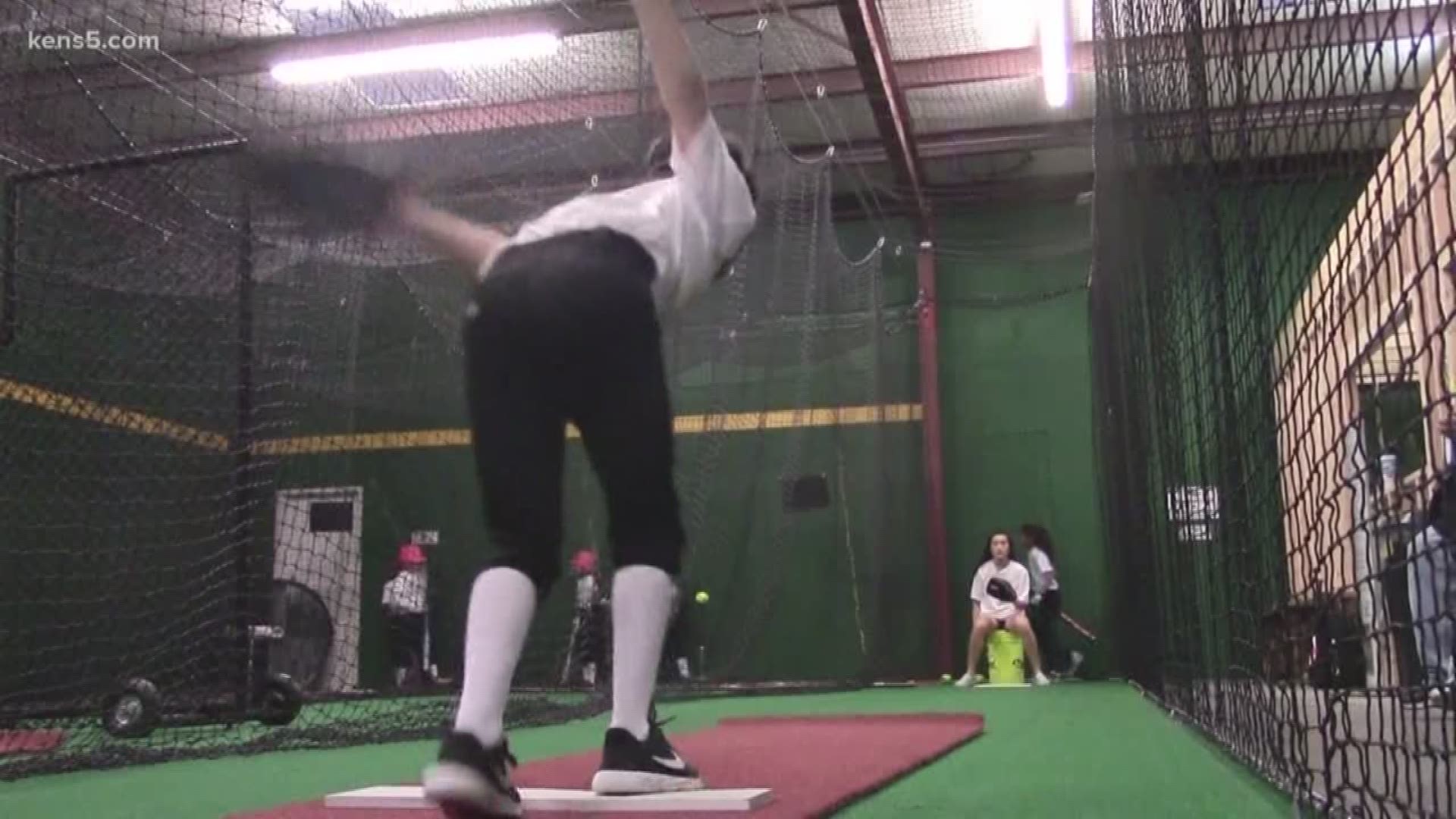 That’s one of the lessons being taught at Project Phoenix, a San Antonio program teaching girls how to find success and earn money for college by hitting the softball diamond.

Tony Quinones and Phillip Gonzales started the program last year after seeing their own daughters grow up playing softball.

“It's something that we felt so motivated about that we were going to make it happen no matter what it took,” Quinones said.

The two dads wanted to give back using softball as a tool to help kids find success. So they opened the Launch Pad, where Project Phoenix softball teams practice a few times a week.

What’s unique about this program is that it also provides both academic tutoring and mental health counseling to prepare girls both academically and emotionally to knock it out of the ballpark.

“The intention was to build a program that was actually built to help them get through everything that's required to become a student athlete at the collegiate level,” Quinones said.

He added that most Division I softball teams only hand out around nine scholarships every year.

“So even if they wish to follow softball into college, it's going to take more than just that for them to get to college," the father said.

Most of the girls are receiving a scholarship for the program that covers their uniforms, equipment and other expenses.

“It's just the heart of the organization to want to see her succeed just all the way around, from in the classroom to her as a person and help her be able to thrive as a better softball player,” said Nikole Elizondo, a parent of one of the program's participants.

Quinones said the motto of the program is “Rise Above.”

“No matter what situation you are financially or even academically, there are challenges that you're always going to have to face," he said. "So, the idea is to Rise above; rise above adversity, rise above competition, rise above your situation."