Mission SA: Creating the next generation of cybersecurity experts

A large concentration of cybersecurity experts makes San Antonio the country’s largest cyber hub outside of Washington D.C. The best of the best is volunteering their time to help the next generation of top talent. 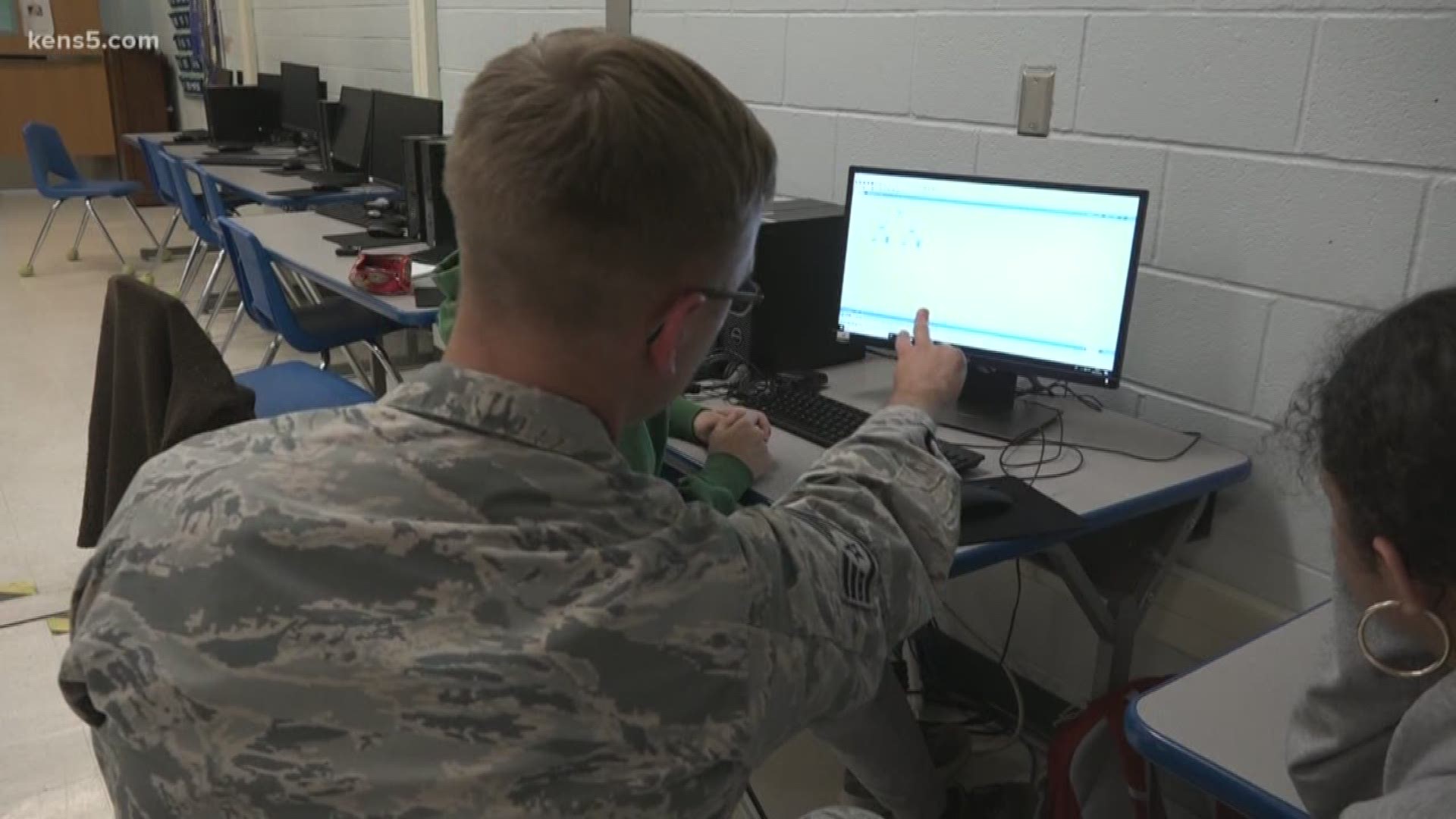 SAN ANTONIO — The airmen of the 24th Air Force, who are responsible for protecting our nation in the cyber arena, also serve as mentors to students at Alamo Heights High School’s JROTC program. Every Tuesday and Thursday, they teach the students about computers and cybersecurity. Staff sergeant Mark Peterson leads the program and said the time he spends with the students has become his favorite part of his week.

“These kids in particular picked up on it pretty fast. I'm really impressed,” he said. “It’s a lot of fun seeing these kids learn and understand and actually appreciate how computers work, because it is very complex.”

The airmen’s lessons have helped the students qualify for nationals in a competition called CyberPatriot. Thousands of middle schools and high schools across the nation compete against each other. They have to manage and secure the network of a small company. The Alamo Heights JROTC qualified to compete twice in a row. Last year, they placed 10th in the nation.

“Honestly, it's amazing. The fact that we built a team strong enough to go not only once, but to beat the odds and go again, I'm proud of all of us,” said team captain Jana Hendricks.

Jasper Miller, the JROTC instructor, said the cyber security program started six years ago with Captain Justin Smith, who was a lieutenant at the time.

“He brought his entire squadron. They used to rotate every Wednesday and Thursday. So, as our program grew, the kids got better and better,” Miller said.

The airmen have inspired the students. They  plan on pursuing a career in military, cyber security or both.

“They're teaching these kids very important things they've learned. They're imparting those on those kids so they can be the future force to help support and defend our nation's networks,” said Air Force Tech. Sgt. Robert Biermann.