Bad weather, traffic jams and other unexpected obstacles can delay a bus. ECISD is making sure no kids will have to wait longer the rain, the dark or the cold. 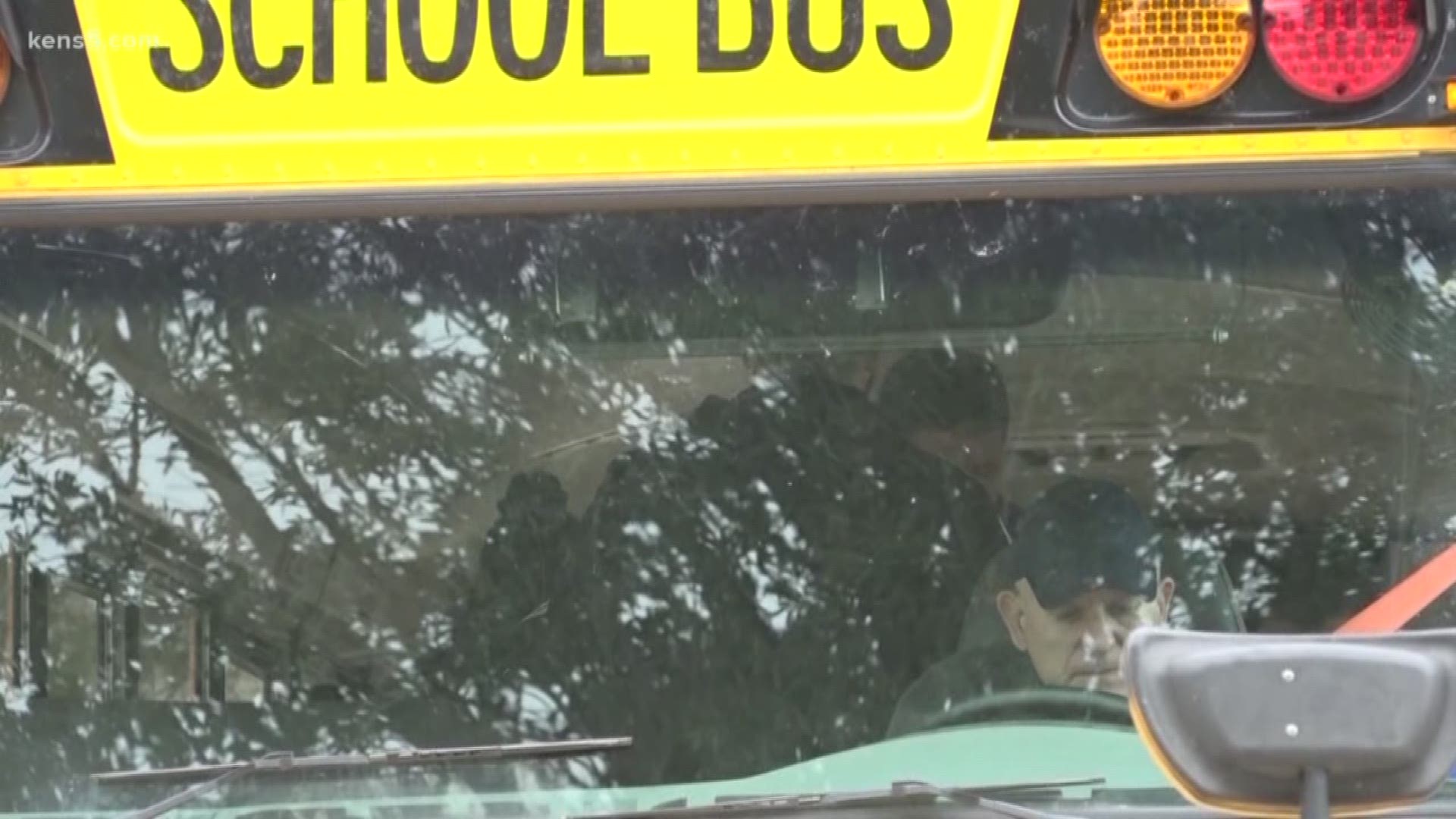 SAN ANTONIO — Getting your child onto the school bus should be easy, but some parents say it can be the most stressful part of their day. Shane Mckay is one of those parents.

"I'm worried for her. I don't want her being out there by herself for that long," he said.

McKay's 13-year-old daughter usually takes the bus to school. Because of nasty weather, bad traffic or other fluid obstacles, the bus can be late. She once waited 45 minutes for her ride.

"I wind up calling the bus garage asking, 'Where's the bus at? Has she missed it? Did it already go by?'" McKay said.

The experience left him concerned, and his daughter frustrated. However, a new service rolled out by East Central ISD is promising to ease their worries.

Here Comes The Bus is a smartphone app and website that tracks the district's buses. Students and their families can access their specific bus's data and personalize a profile to alert them when their ride is nearby.

Users can also select a designated location and will receive push notifications whenever a bus enters a radius up to two miles of that point.

"I can actually see where the bus is, I can see when the bus is on the route," McKay said. "Once the bus is in that radius, I get a push notification that the bus is within the pickup zone."

It takes about five seconds to download the app, which has the potential to benefit students for the rest of their career.

"Attendance is crucial," said Stevie Gonzales with ECISD. "We so want students here every day, and we don't want missing the bus to be the reason they're missing school."

The district has about 10,000 students in a 200-mile district. Gonzales said about 60 percent of them rely on the bus to get to their classes.

Some quick math shows thousands of students and their parents can feel a sense of relief when taking the bus to school.

"As a parent, it's comforting and reassuring to know they've gotten on the bus and at the right time," McKay said. "It gives you peace of mind."