The pizza served at Mash'D at the Rim claims to be the best in the world. And when you taste it, you'll believe it. 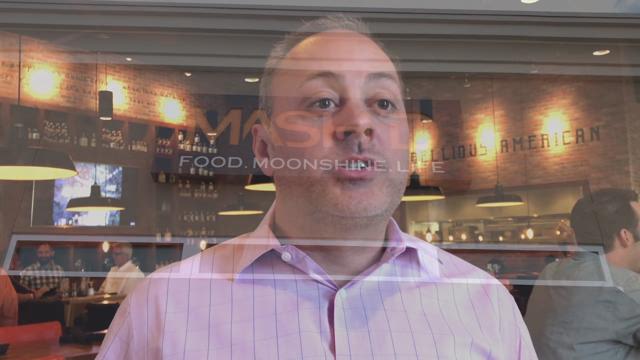 Mash'D at the Rim is a new restaurant in northwest San Antonio boasting the best pizza in the world. And if you get a taste, you'll believe the hype.

We talked to Shane Lambert, the restaurant's director, who was integral in making sure that Mash'D pizza is the best it can possibly be.

He said that he brought in world-famous pizza chef Peter Reinhart, who's published 10 books on bread baking and pizza, run the website Pizza Quest, where he searches the world for the perfect pizza, and who once gave a Ted Talk on the art and craft of bread.

And what Reinhart helped create is a pizza that takes 48 hours to make but is worth the wait.

It's likely that you've never seen or tasted a pizza like this one. For one, it looks like a deep dish pizza but it's much lighter because of the way the dough is prepared and the fact that the cheese is baked into and around the dough rather than on top of it.

The cheese actually creates a caramelized edge that holds it all together so that when the pizza is served, it doesn't need to be held in a plate. It's like if you served a pizza in a shell made out of more pizza.

And while it may seem radical to not bake the sauce into the pizza, it works. It keeps the pizza from feeling heavy and it better complements the flavors of the dough and cheese.

Watching and reading this should've made you incredibly hungry. Thankfully, you won't have to wait long for a taste. The pizza premieres on Thursday.