With many at-home work setups less than desirable, our life during the pandemic has become more painful. 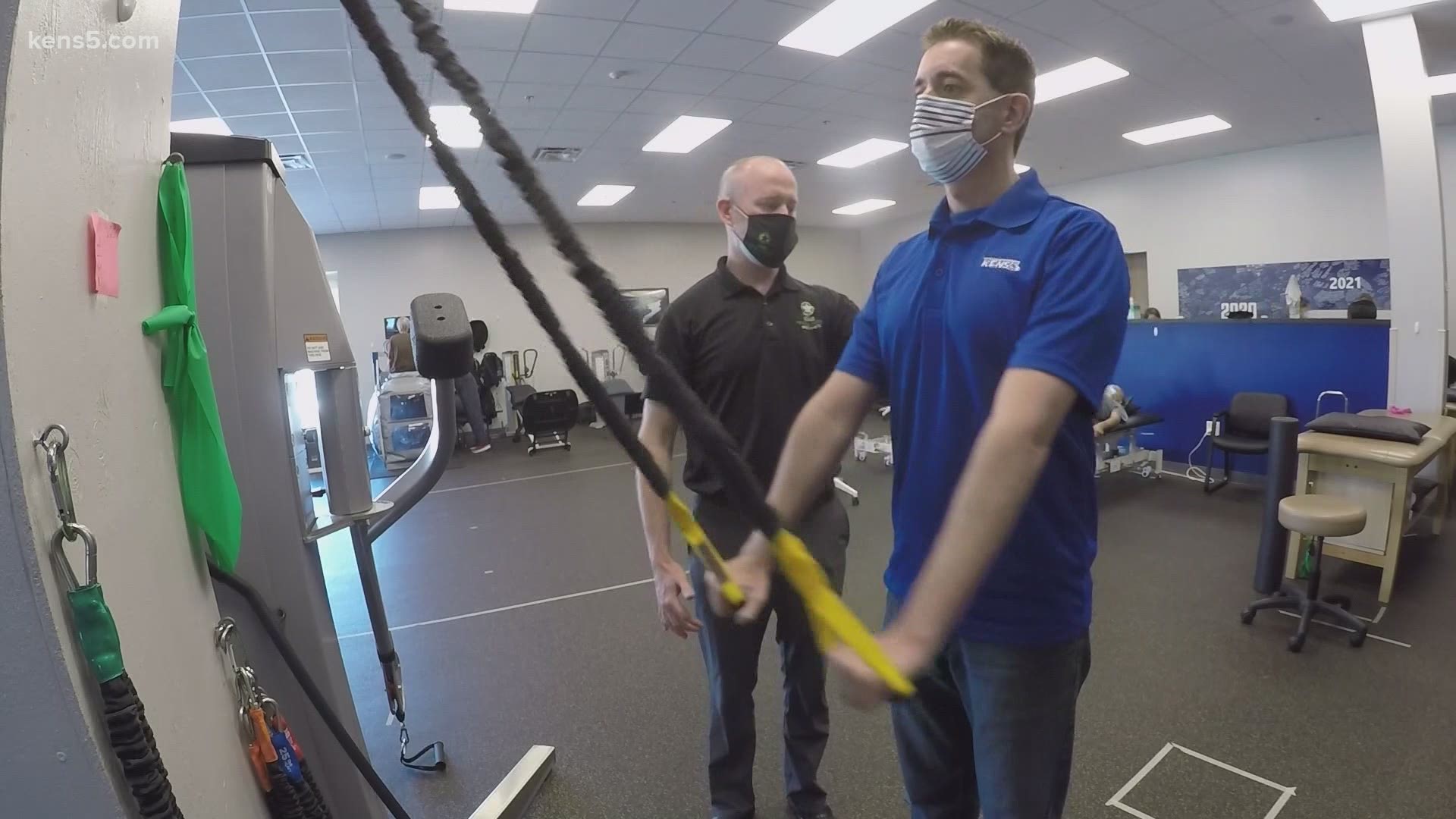 SAN ANTONIO — The pandemic has not only been a pain for many of us, but it's also given us serious ailments from terrible at-home work setups.

"The pandemic has changed our lives," said Mike McTague, owner of Texas PTS San Anotnio. "And, by doing so, the main things we are seeing because of our changing lives is the culprit of sitting."

Let's get to fixing that. First with dry needling; I had never had acupuncture or needles stuck in my body, so this was going to be interesting.

"What the dry needling does is kind of forces the muscle, which is in a kind of an on-status, to an off-status to decrease pain and sensitivity," McTague said.

So instead of sitting like I do all day, I decided to lie down on the job.

"So what goes first is kind of exposing the area so we can access it," McTague said during the procedure. "And the next thing would be to apply some pressure to really find it and reproduce the pain by pushing."

That needle doing the work may be small, but it's mighty powerful! After an intense 20-second session, which is much shorter than the norm, it was time to move on to virtual reality.

The experience made me feel like I was working in an office located on a cliffside tropical paradise. Each video provided a relaxing and calming way to try to escape pain – at least temporarily – and put each participant in a better headspace.

With the short VR session over, it was time to move on to stretches you can even do in your own home.

First was an exercise using an elastic band.

"This exercise is really trying to open things up to get other muscles moving that are generally off when we are doing this," McTague said.

Next up, stretches with a roller.

"This is the idea of breaking up patterns," McTague said. "We're moving the spine, instead of here, we're here opening up."

And, finally, cable pulls that you'd find in most gyms.

"Those muscles have been trained in that position for a significant amount of time," McTague said.

He added that, if you've got that pain, don't wait to take care of it.

"The quicker you get help, then the better outcomes you have when it comes to physical therapy."

So get out of that chair, and get moving. You'll be happy you did.