The films are meant for ages 13 and up and will be streamed for free. The festival is organized by some Comic Con leaders, who formed a new non-profit organization. 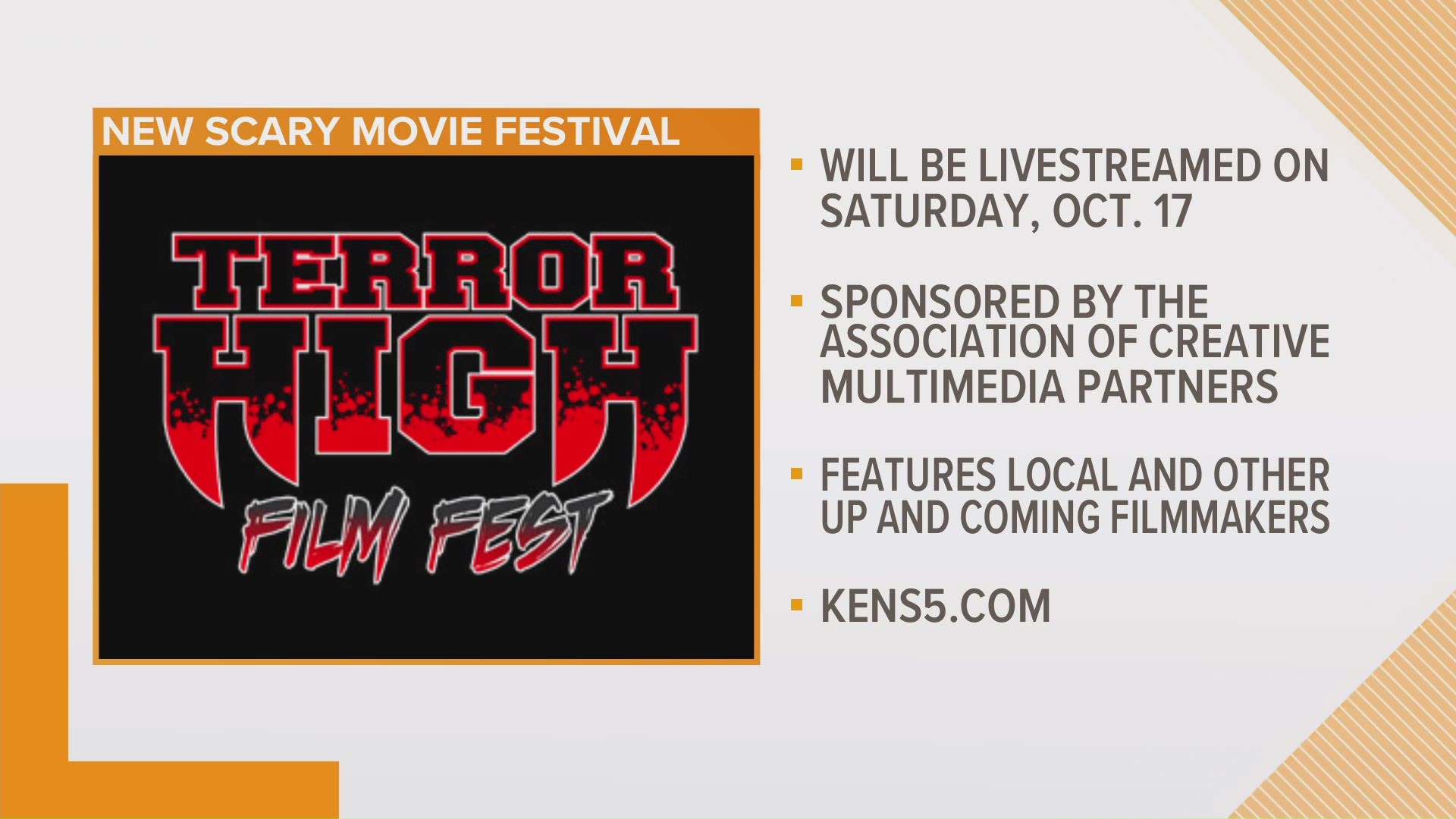 SAN ANTONIO — Are scary movies your thing? If so, grab your popcorn and plan to enjoy a movie night with a new film festival in the comfort of your home during the ongoing coronavirus pandemic.

It's being organized by a few of the organizers of Comic Con events who formed a new non-profit organization, Association of Creative Multimedia Partners. Terror High celebrates the independent short films of up and coming talented local and regional artists that ”embrace monstrous, dreadful, frightful and fantastic elements of the horror genre."

The livestream broadcast of the films includes submissions from all over San Antonio and even Alaska.

Premiering 10/17/20 on TerrorHigh.com! Be sure to sign up for our newsletter to get all the latest news!

Jesus Hernandez, Garrett Killian and Austin Rogers are the virtual event's three directors. They are behind the non-profit organization, which aims to "partner with creative professionals that educate and celebrate art through various multimedia channels."

Terror High is designed for viewers ages 13 years old and up. We're told it will be hosted by a spookily, fun animated character named "Johnny Bones."

Although the prizes for this year are trophies, the competition was free to enter. The categories included are: Best Practical/Special Effects, Best Director and Best Feature.