'The Last Full Measure' Review: A shoddily-built education about a Vietnam War hero

Todd Robinson's new war drama is packed with familiar faces, but it fails to translate the full extent of William Pitsenbarger's valor. 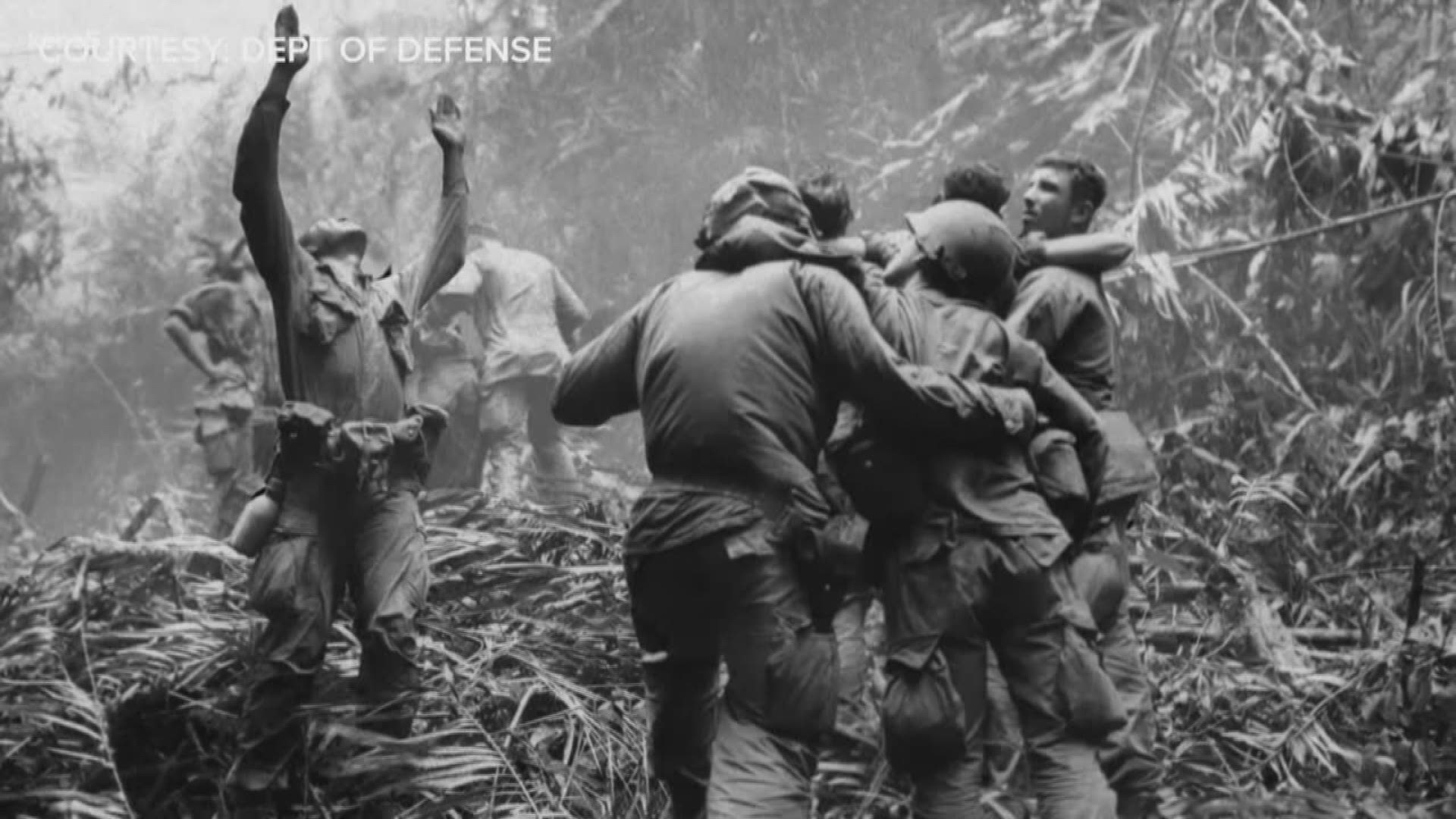 Editor's note: The above video was originally published January 15.

The majority of dramatic tension packed into the star-studded new war drama “The Last Full Measure” comes by way of a single question, occasionally explicitly stated: What’s the worth of a medal, a colorful piece of ribbon that recognizes the valiant efforts of a hero but is devoid of the power to bring them back?

It’s ironic – and, perhaps, telling – that a spin on that question is a punchline in the recently-released World War I single-take experiment “1917,” a Best Picture nominee with a space in the cultural conversation that the “Last Full Measure” won’t come close to carving out. Here, it’s an inquiry of decades-spanning magnitude—though “The Last Full Measure” does practically nothing new for the genre, it does, through the lens of truth, shift the light on that question, and on a medal, in some thematically interesting respects. But it’s held back from being exemplary by jarring scene-to-scene momentum shifts, a dreadfully uncinematic reliance on exposition and the tendency to communicate its pathos in overwrought metaphor or forced sentimentality.

The film – a roughly-true story about one of the only U.S. airmen to be awarded the Medal of Honor more than 30 years after he died – comes our way from writer-director Todd Robinson, a filmmaker whose few projects probably have a collective budget of “Saving Private Ryan’s” opening D-Day sequence. Robinson, who also wrote “The Last Full Measure,” is married to the idea of not only advancing the plot largely through conversation, but its emotional climaxes and political worldview as well. But Robinson isn’t exactly Aaron Sorkin, and early lines like “Your political Darwinism is absolutely instinctual” makes it difficult to invest in the 1999 journey of Sebastian Stan’s Scott Huffman, a young political overachiever who takes it upon himself to find out why William Pitsenbarger was awarded less than the Medal of Honor for his valor in Vietnam some 34 years prior.

Robinson shrugs aside any examination into why Scott may suddenly be interested in righting a governmental wrong (“Justice delayed is justice denied,” says William Hurt’s retired veteran who pleads and spurs Scott into action) when he comes off as disinterested amid evolving work conditions at the Pentagon, but that doesn’t prevent “The Last Full Measure” from beginning to cycle through similar refrains when he begins documenting Pitsenbarger’s heroic acts during an ambush of U.S. Army soldiers by visiting the veterans who were there, among them Samuel L. Jackson and Ed Harris’s grizzled fighters. Little separates these scenes aside from the movie’s stern and sometimes self-defeating reliance on its more experienced actors to deliver verbose monologues about loyalty to your comrades beyond the battlefield – and beyond the war – through the most tired of clichés. They wag their fingers at Huffman’s millennial inexperience, suggesting that the only way to help is to “pick up and gun and get your skin in the game.” But they’re also dealing with survivor’s guilt, and the issue is accentuated when “The Last Full Measure” occasionally juxtaposes trivial Washington politics against matters of recognizing historic heroes.

“The Last Full Measure” is conservatively photographed by Byron Werner and appropriately scored with the spirit of the militaristically dutiful by Philip Klein—instead it’s the erratic and expendable swings of Robinson screenplay that betray the film’s admirable intentions. It’s on the audience to accept that the story largely belongs to Pitsenbarger and the veterans he saved – Scott is merely the audience avatar, understandably so – but only until war drama reflection is traded for wobbly-legged scandal in the third act. It only serves to make the film feel unsure of itself, insecure even. It’s even stranger when this (fictional) tangent is wrapped up without much fuss or conflict, deflating whatever tension Robinson hopes he had injected.

It also doesn’t bode well for the movie’s ultimate messages that its story about one man’s heroics gets swallowed up in the minutiae of poor plot execution; visually de-saturated flashbacks to the Vietnam jungles that Pitsenbarger courageously volunteered to dive into and help wounded soldiers escape are requisite sequences, but they’re incoherent in teaching just how much of an impact the U.S. airman made. It’s a damning downfall that I didn’t discover until after the fact that he was responsible for saving 60 men before losing his own life to sniper fire…60! It’s a remarkable number, but if “The Last Full Measure” ever explicitly emphasizes it at all – and there’s nothing that should be emphasized more – it falls flat under the weight of narrative juggling.

RELATED: '1917' Review: Sam Mendes's technically triumphant war film can get in its own way

The aftermath of “The Last Full Measure” makes me appreciate the efforts of “Hacksaw Ridge” to a bit of a higher degree—Mel Gibson’s film was by fits and starts just as conventional a fact-based war movie, but its precise narration of its real-life hero’s miraculous acts on the battlefield are exponentially more coherent.

A strange dichotomy I can’t get out of my head: In one scene, the film hesitates to show the mangled body of a dead Vietnamese soldier after his stomach has obviously been ripped open, slyly restraining the gore to the periphery and sneakily censoring it with the placement of a U.S. soldier. Meanwhile, minutes later, Werner’s camera has no issue getting right up close to the bloodied bullet-pierced torsos of suffering as they scream in pain and agony. How much you want to question the ethics of what “The Last Full Measure” shows and doesn’t show in its images of a dubious conflict is up to you—but its moments of subjectivity stand out decades after “Platoon.” Clearly, it’s Robinson’s insistence that the passage of time removes this complication of political morality from the equation.

The writer-director does polish his movie with some much-needed urgency in the vein of Christopher Plummer’s Frank Pitsenbarger, William’s father whom illness has put on a clock, and who would like nothing less than to see Scott victorious in ensuring the Medal of Honor is finally bestowed on his son. In a movie that shoddily strives to reach an emotional fever pitch in nearly every scene, Plummer may be its most effective asset—a testament to the unspoken-for fights that fathers wage for their sons when it’s the opposite that’s often glamorized, and an earnest conduit to the answers “The Last Full Measure” provides about the worth of a hunk of star-shaped metal. It’s both to the film’s detriment and to its strength that some of us – the lucky some of us – won’t be able to fully comprehend the emotional magnitude of a final scene that sticks close to its one-man-can-make-a-world-of-difference guns, and which feels more like documentary than a scripted movie.