The Knights and Thunderbirds will head to the Alamodome next week seeking a state championship title. 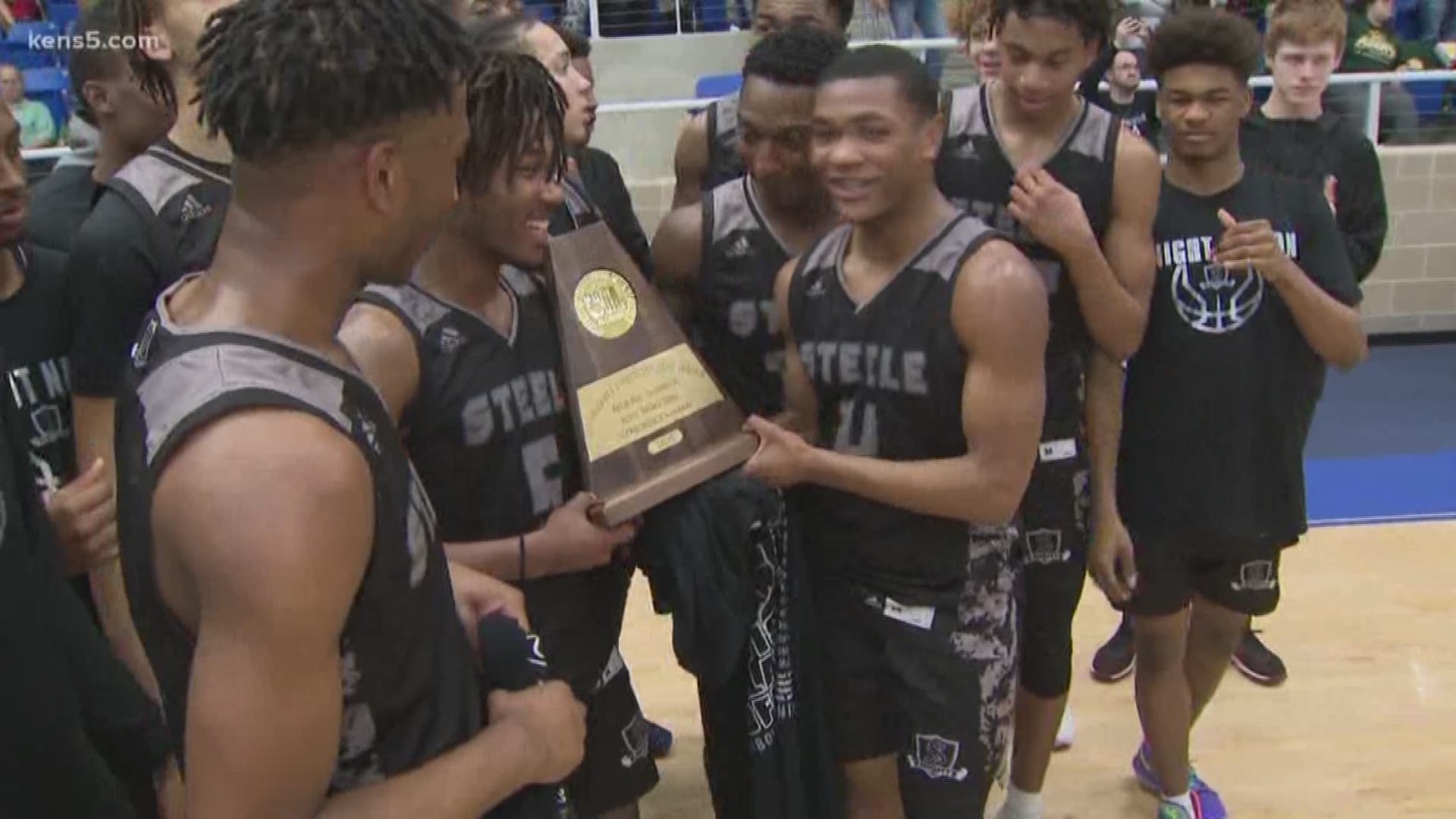 SAN ANTONIO — The San Antonio area will continue its presence in the Alamodome next week for the UIL boys basketball state tournament as Steele and Wagner both advanced to the Final Four.

Steele, 6A Classification, played Laredo Nixon at Northside Gymnasium Saturday afternoon. The Knights controlled the tempo for most of the game winning 77-62. Steele is now 3-0 in regional finals winning in 2013 and 2016.

As for Wagner, they are making quite a presence in the 5A ranks. Not only did the Thunderbirds make a deep run in the football playoffs, but now the basketball team is making noise, too.

Wagner put together an absolutely dominating performance at Littleton Gym, beating Miller (Corpus Christi) 98-45. Very rarely does a team win a regional championship by 50-plus points.

Wagner will join Manor, Manfield Timberview and Sulphur Springs in the state tournament. Pairings will be announced on Sunday.

Finally, a big shoutout to Cole High School, which will also represent the area in the 3A Final Four. Cole took down Randolph 50-43 to head to the Alamodome.