Prescott suffered a compound fracture in his right ankle during the third quarter of the Oct. 11, 2020 game against the New York Giants. 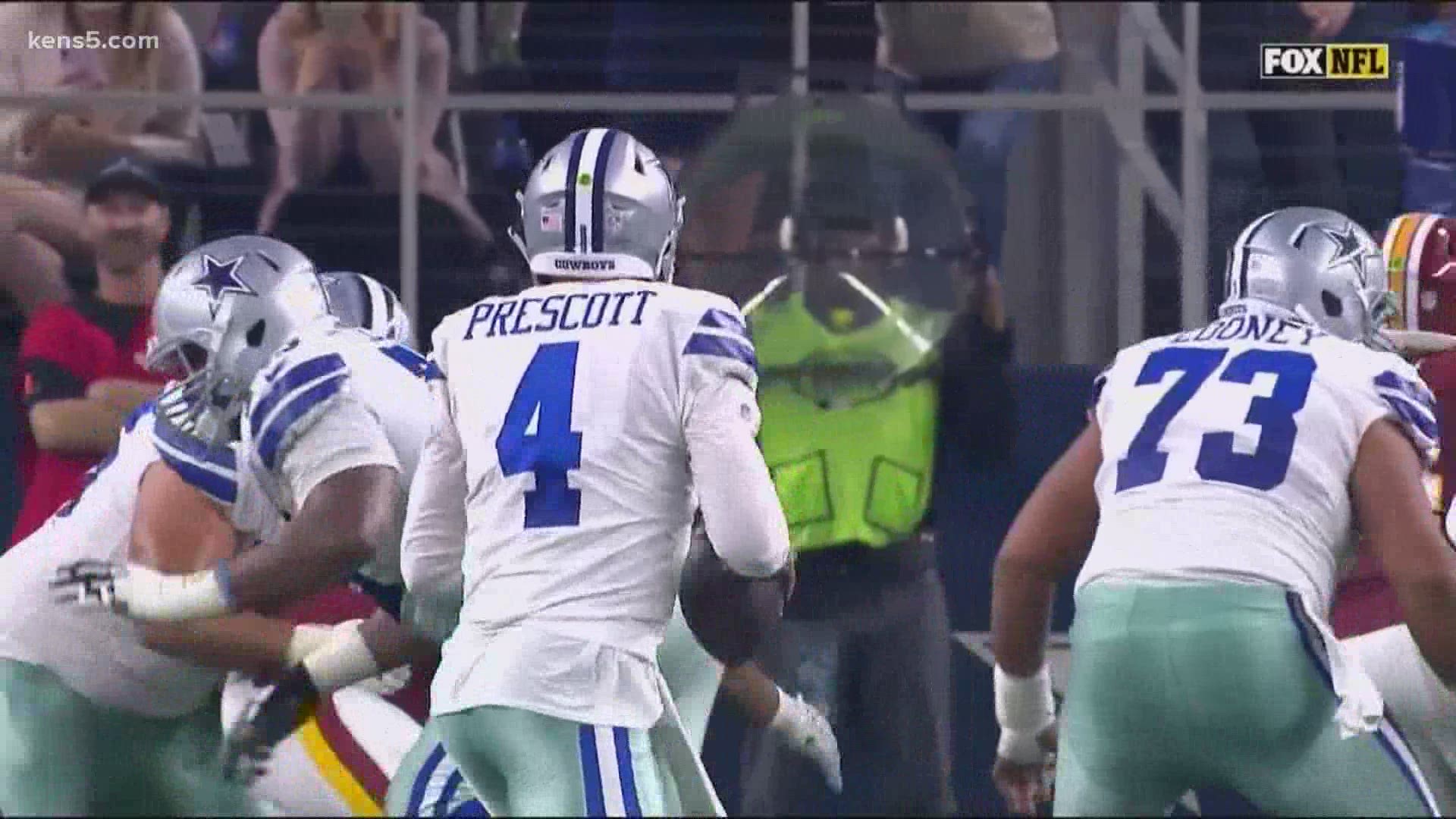 DALLAS — The Dallas Cowboys have agreed to terms on a new contract with quarterback Dak Prescott, the team said Monday.

ESPN reported that the contract is four years for $160 million. The team later confirmed those numbers.

The Cowboys front office says that the cap hit for Prescott in 2021 will be $22.2 million.

Prescott suffered a compound fracture in his right ankle during the third quarter of the Oct. 11, 2020 game against the New York Giants.

Dallas could’ve saved a lot of money if they did this deal a year or two ago. But in the long run, it will still end up benefitting them. Prescott will wind up costing them an average $38.2M/year over the course of 2020-2024.

Earlier, a report stated that Prescott and his representatives sought to put the quarterback’s worth behind only that of Kansas City Chiefs’ MVP and Super Bowl-winning star QB Patrick Mahomes.

As a fourth-round draft pick in 2016, Prescott continues to defy the odds. Not only has he become the best QB from his draft class, but Prescott has also become one of the better quarterbacks in the NFL.

RELATED: Is Dak Prescott eyeing a Patrick Mahomes-level deal from the Cowboys?

It’s been a struggle for the two sides to come together and agree to a deal as they try to find some common ground.

When your little brother gets the call. Let’s go @dak time to win the @dallascowboys a Super Bowl. pic.twitter.com/PzlCKejTe5