See the Champs! Parade for Astros to be held in downtown Houston 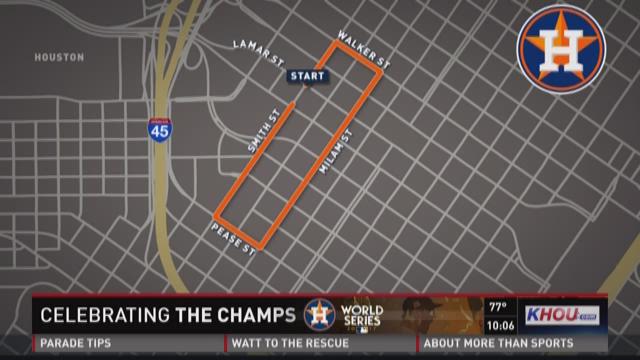 HOUSTON -- A parade celebrating the Astros World Series Championship will be held Friday at 2 p.m. in downtown Houston.

KHOU 11 will broadcast the parade live on TV and stream it live online.

Related: 5 things to know about the parade - what you can/can't bring

The City of Houston made the announcement moments after the Astros clinched the win in Game 7 of the World Series against the Los Angeles Dodgers late Wednesday.

“It's a true privilege to proudly host this magnificent salute to our hometown team that has earned history,” said Mayor Sylvester Turner. “As we bounce back from Hurricane Harvey, we are more than ready to welcome our heroes home in proper form."

According to a press release from the city, the parade will begin on Smith at Lamar, proceed north on Smith, east on Walker, south on Milam, west on Pease, north on Smith, and ending at Lamar St. 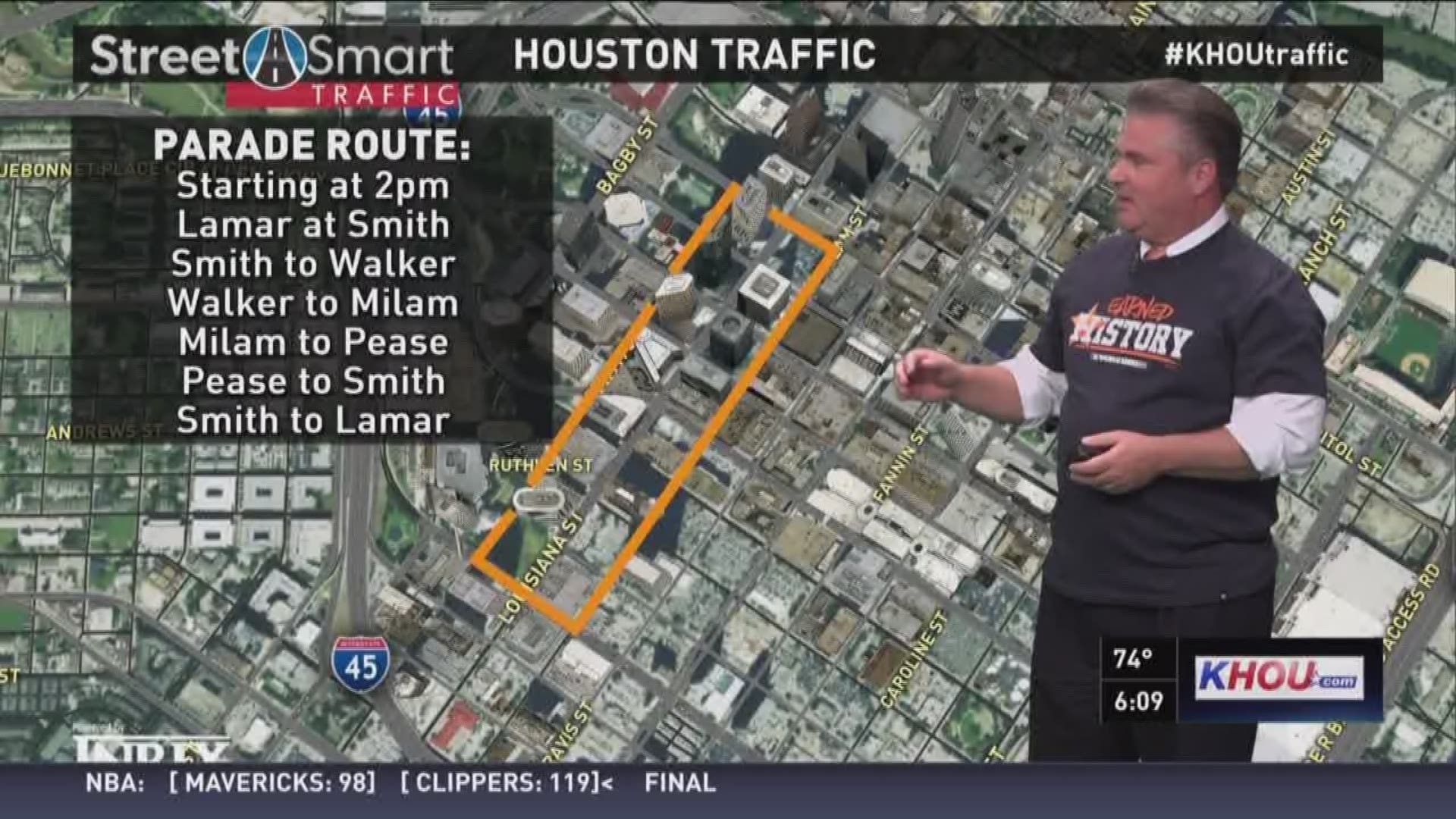 The parade route will close to traffic beginning at 1 p.m.

The parade will honor the players, coaches, staff and their families, culminating in a celebration at City Hall.

On Thursday, Metro announced it will be providing free rides for all services to help ease traffic congestion in downtown during the parade.

Metro said fans are encouraged to use the buses and Metro Rail.There will be parking available along the rail corridor, Minute Maid Park Lot C, and the NRG Stadium Orange Lot.

Additional Metro police officers and ambassadors will also be stationed along the system to provide directions and help ensure safety.

1 / 30
The Houston Astros and their fans at Dodger Stadium celebrate after winning the World Series against the Los Angeles Dodgers on Nov. 1, 2017.