The details behind the Astros' unique World Series Championship rings

The ring have numerous small details that make this piece of history so unique. 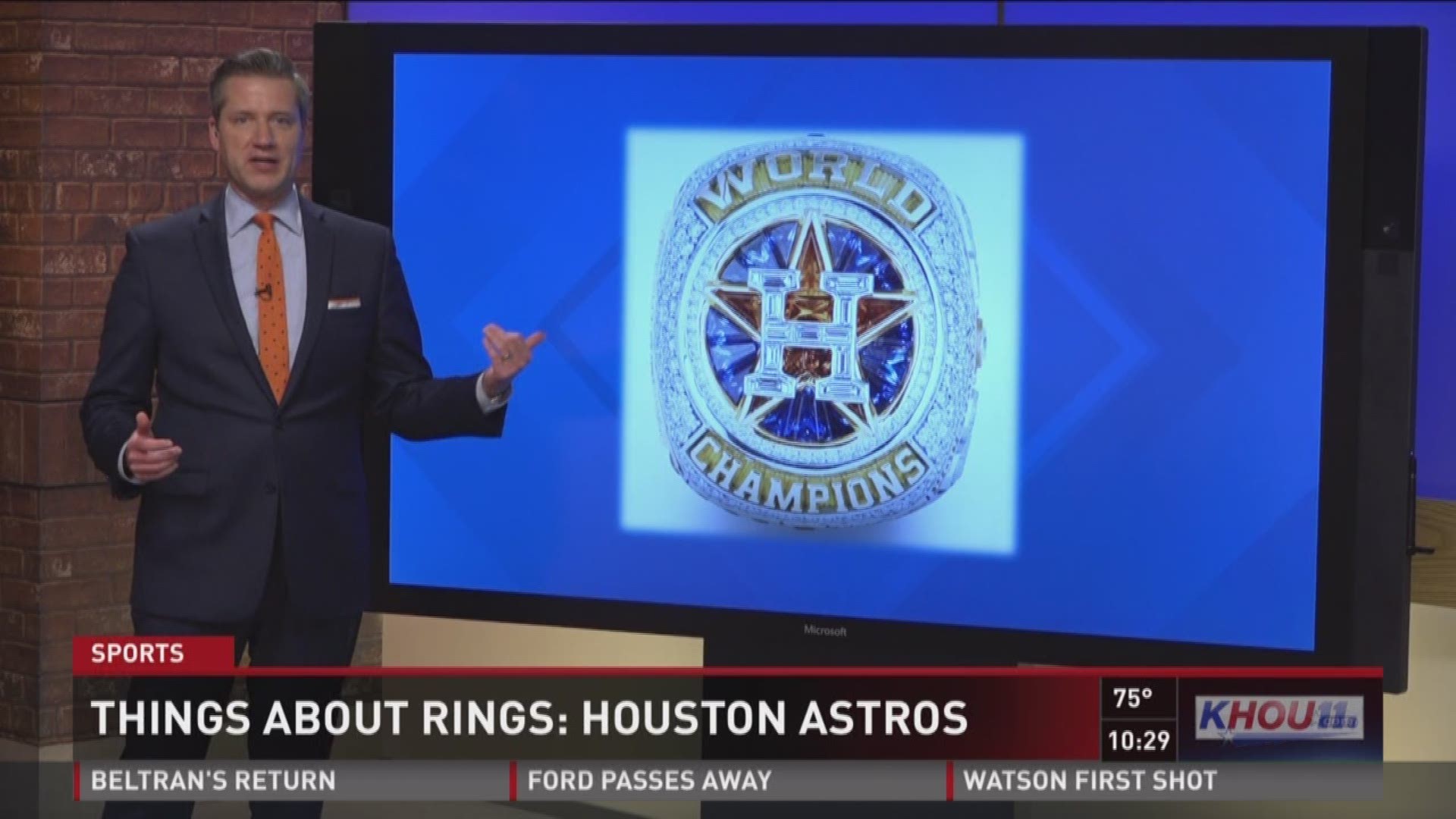 In total, the Astros will give out 1,332 rings to players, coaches, owners, staff, seasonal associates, Hall of Fame players and broadcasters.

The ring has numerous small details that make this piece of history so unique:

Astros fans can purchase a limited-edition Astros World Championship Fan Ring that closely replicates the players’ World Championship Ring. Only 112 rings were created with one that will be raffled off to benefit the Astros Foundation. The ring costs $11,112.00, signifying the team’s 11 postseason games played and 112 total wins for last season.