Even though 5A & 6A football programs across Texas had to start 2-A-Days a month later, schools are embracing change. 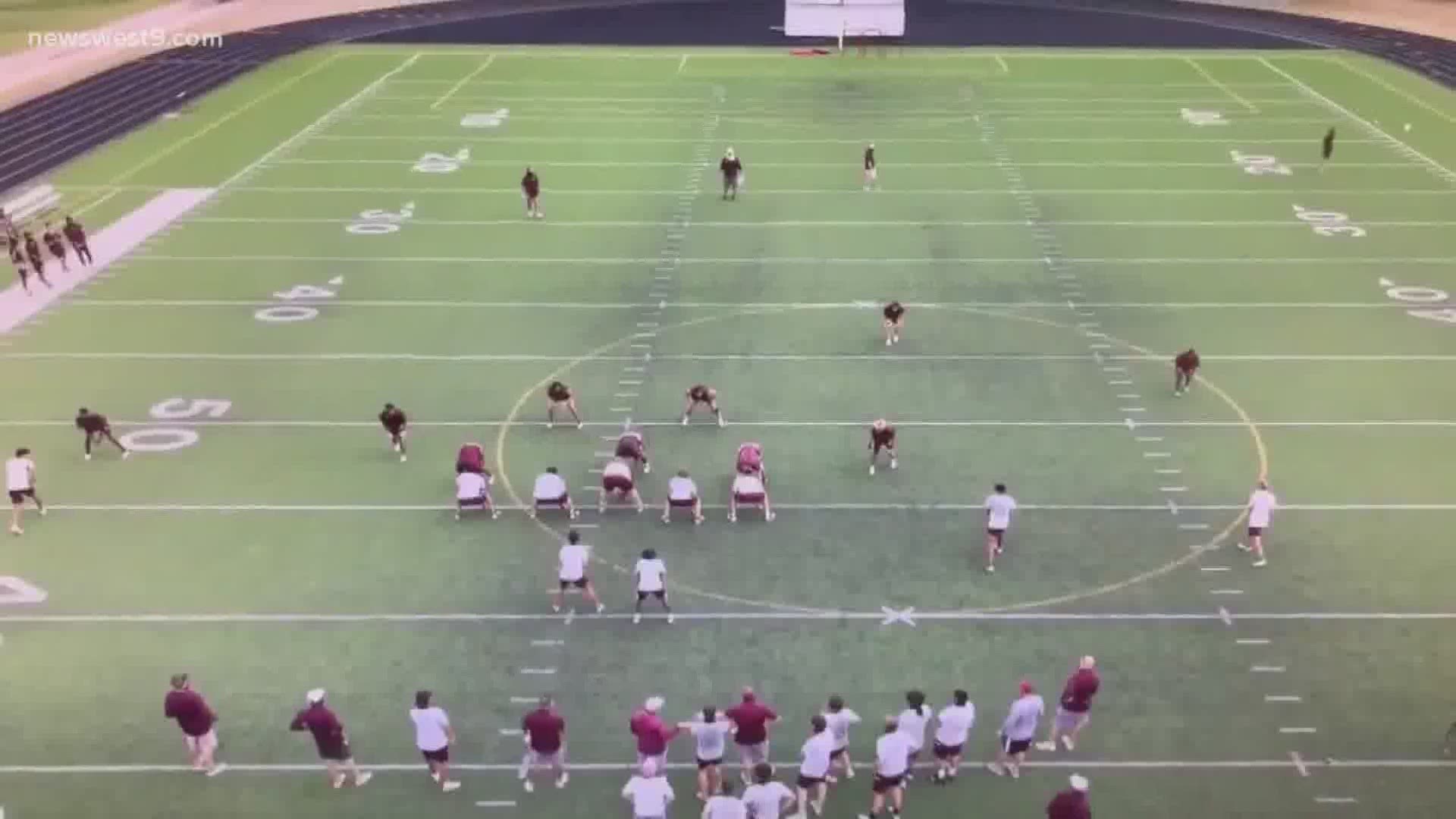 MIDLAND, Texas — September 7th was a date many hoped would come, but no one was sure if it would arrive.

The UIL announced it would be the start of 5A and 6A high school football 2-A-Day practices, marked a month later than usual.

The day finally came and while the season is still a month away, the anticipation is building.

The first week of games is scheduled for September 24 through 26 while playoffs are slated to get going the weekend of December 10th.

While there's no exact date for the State Championship round yet, it will take place in January.