Baylor slapped UTSA back to reality in 63-14 blowout

The Roadrunners were no match for the much-improved Bears in their first road game of the season. 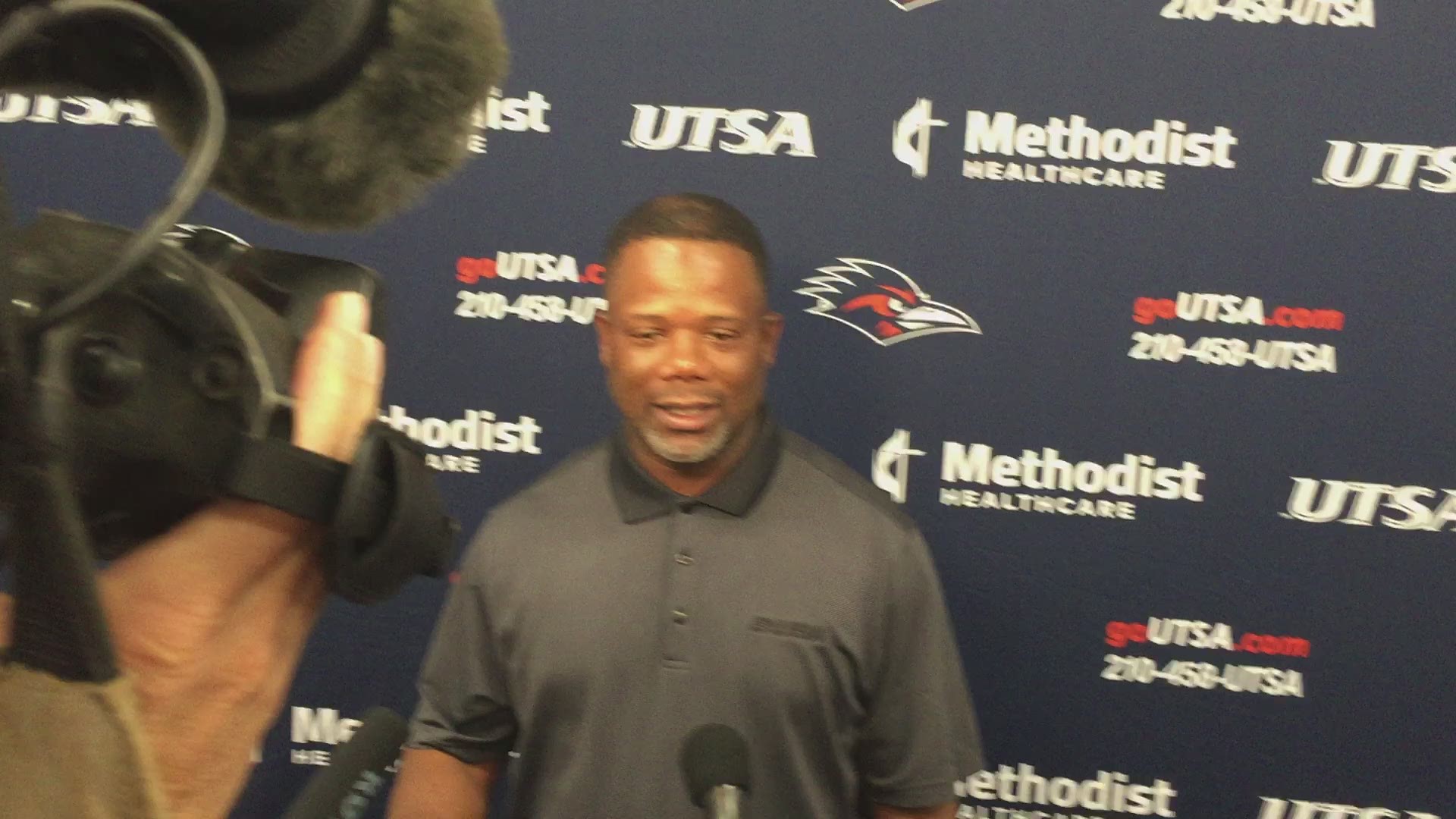 SAN ANTONIO – Brimming with confidence after routing Incarnate Word in its season opener, UTSA felt good about its chances of staying with Baylor on Saturday. Even if the Bears were 25-point favorites at home.

So much for the Roadrunners' rout of UIW.

This time, it was UTSA that took the beating and was outplayed in every phase of the game. Baylor made short work of the Roadrunners, rolling to a 63-14 blowout that was more lopsided than the wide margin of the Bears' victory indicated.

Baylor was so dominant that starting quarterback Charlie Brewer, who hit 12 of 16 passes for 163 yards and three touchdowns, did not play one down in the second half.

The toast of UTSA last week after a rousing college debut delayed for two years by injuries, quarterback Frank Harris never got untracked against the Bears. Looking tentative throughout the game, Harris completed 15 of 24 passes for only 93 yards and had just three yards rushing on nine carries.

RELATED: Mims has 3 TD catches for Baylor in 63-14 win over UTSA

"After watching the film on Sunday, it revealed several things," UTSA coach Frank Wilson said Monday at a weekly session with the media. "Frank Harris is human. The extraordinary game that he played in Week 1, he's capable of doing it because he's shown it. 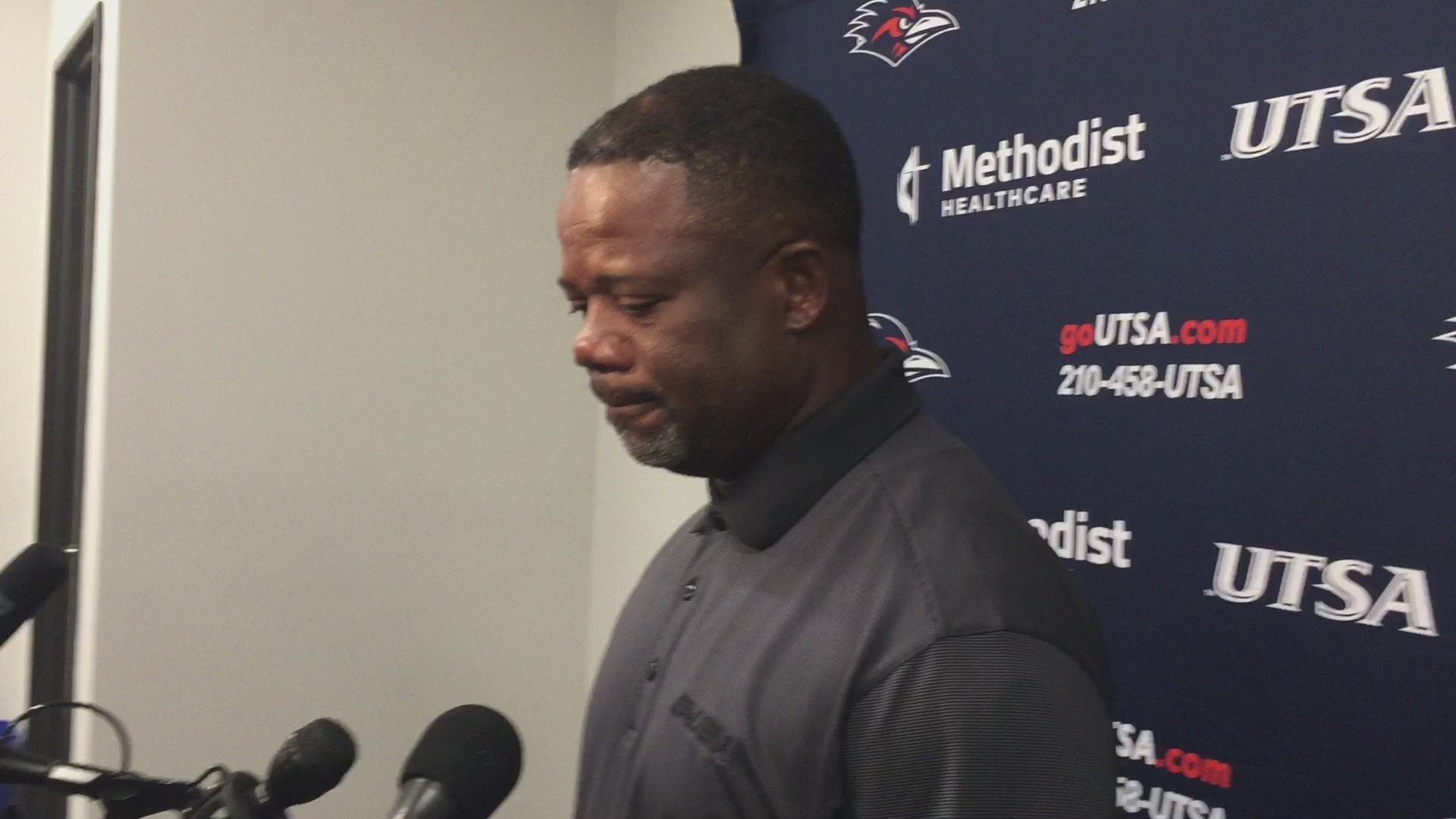 "He's also a guy who has missed three years of football and is still working his way back into game shape, game-type situations. To see him progress will be something that will be ongoing throughout the duration of the season."

Harris was outstanding against UIW, completing 28 of 36 passes for 206 yards and three touchdowns. He also led the Roadrunners in rushing, gaining 123 yards on 15 carries.

The game was the first in nearly three years for Harris, whose senior season at Clemens in 2016 ended with a torn left ACL knee injury. He was on track to be the Roadrunners' starting quarterback last season before he tore the ACL in his right knee during spring training in April 2018.

Harris looked like a different quarterback against a Baylor defense that cut him off at every turn.

Asked what Harris could do to get back in the groove, Wilson said: "Just being him. The thing that made him one of the more coveted quarterbacks in this state and this region in the country was being Frank Harris.

"The thing that garnered him the starting job was just being Frank Harris. And so, sometimes guys try to press and do too much. We don't need him to do that. We just need him to be Frank because Frank is good enough for us."

While the Roadrunners played poorly Saturday, Wilson credited the Bears for running away with the game.

"Baylor University is a very, very talented football team," Wilson said. "I'd be surprised if they're not the talk of the Big 12 upper echelon teams, come the back of the season."

Credit: Photo by Antonio Morano bit.ly/XR79FT / Special to KENS5.com
UTSA sophomore quarterback Frank Harris completed 15 of 23 passes for only 93 yards and was sacked three times in Saturday's 63-14 loss to Baylor in Waco.

The Bears took a 2-1 lead in the series with UTSA. Baylor won last season's game 37-20 at the Alamodome, but the Roadrunners took the first meeting 17-10 two years ago in Waco. UTSA's win over Baylor remains the Roadrunners' only victory against a Power 5 opponent.

The Bears have improved steadily under coach Matt Rhule, who is in his third season at Baylor. They went 1-11 in 2017 and were 7-6 last year.

UTSA regrouped Sunday and had the day off Monday. The Roadrunners face another stern test Saturday when they host Army West Point, which nearly upset Michigan on the road before losing 24-21 in double overtime.

Blunt in his assessment of UTSA's poor play against Baylor, Wilson tempered his criticism with some praise for his players' grit when they were hopelessly behind.

"We didn't play very well," Wilson sad. "In no phase – offense, defense or special teams. We got behind and it was very difficult to come back. Here's the beautiful thing. Down 35-0 at halftime, could have very easily packed it in. But instead, came out and put 14 points on the board in the second half.

"Defense was finally able to get stops at times to get them off the field. Special teams sputtered, giving up a (70-yard) punt return for a touchdown and muffing a punt as well that gave a touchdown and led to a touchdown, which made it even more lopsided."

Wilson said he felt somewhat better about the team's effort after he watched film of the game.

"I saw some bright spots, some silver linings that were in there, and we kind of talking about it on Saturday," Wilson said. "One of those things certainly was Sincere McCormick. Certainly was, at times, the play of the offensive line in creating gaping holes those backs could run through."

McCormick, a freshman who graduated from Judson, led UTSA's running game with 87 yards on 12 carries and scored both of the Roadrunners' TDs on runs of 2 and 54 yards.

Wilson spoke at length Monday about the challenge the UTSA defense will face in contending with Army's triple-option offense. The Black Knights are averaging 263.5 yards a game – 215.5 rushing and 48.0 passing.

"What we'll need to do is to lean on our defensive staff that have vast experience, expertise, in playing against this style of offense, and prepare ourselves to play," Wilson said. "The next part is preparing your players to play."