"She’s a manipulator. She always has been all of our lives since we were kids," a family member told KENS 5. 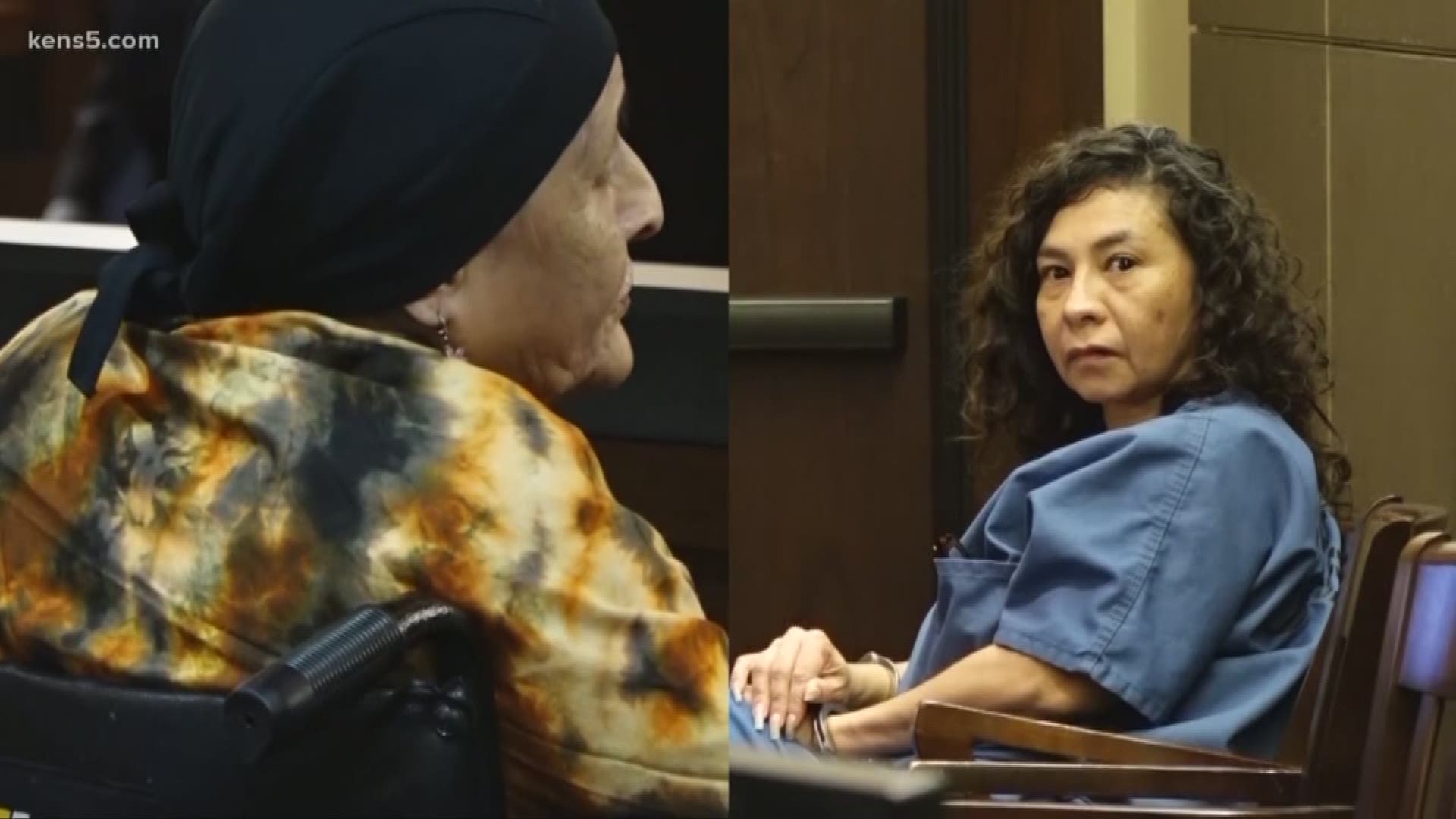 Two women police believe helped stage a kidnapping to cover up an infant death made an appearance in District Court on Monday.

Beatrice Sampayo and Angie Torres were both indicted on a tampering with evidence charge in the death investigation of baby King Jay Davila.

Torres' attorney, Karl Basile, said Monday's hearing was procedural and allowed him to hand over a significant amount of evidence to the state.

"It's the first setting on the trial docket.," Basile said. "So it gives us a time to talk and see where we're going."

Though little action took place inside the courtroom, the same couldn't be said just feet away in the hallways where Elizabeth Sampayo, addressed the media.

"Beatrice is my aunt, that’s my Dad’s sister," she said. "She’s a manipulator. She always has been all of our lives since we were kids."

Elizabeth, who attended the court hearing in support of Angie, believes Beatrice was the mastermind behind the staged kidnapping.

"Christopher called his mom. His mom was the one who concocted the whole thing," she added.

"If you think about it logically Angie had nothing to gain from helping in this crime. Chris did, it was his son, Beatrice did it was her son but Angie didn't. She was in the wrong place at the wrong time and in the wrong state of mind, to be honest."

Beatrice remains out on bail while Angie's attorney fights for a bond reduction to bail out as well. In the meantime, Elizabeth says the family is trying hard to keep it together in a case that has tested them all.

"We are a unit," she said. "I mean we all do stupid stuff and we've gotten through and forgiven each other for it, but this is different."

Torres' attorney does not expect to be back in court until August. He could not tell KENS 5 if any plea agreements would be made.

Chris Davila, the man who claimed to the father of baby King Jay, was scheduled to make a court appearance on his charges stemming from this case on Tuesday, but instead chose to meet with his attorney in jail.