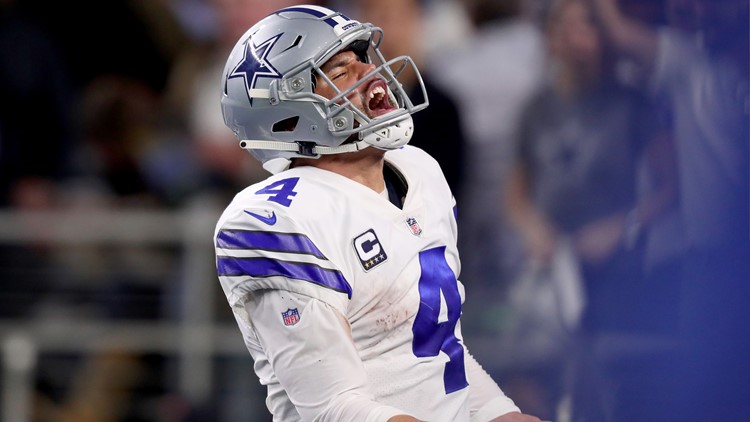 Photo by: Getty Images
ARLINGTON, TEXAS - JANUARY 05: Dak Prescott #4 of the Dallas Cowboys reacts after carrying the ball against the Seattle Seahawks in the fourth quarter during the Wild Card Round at AT&T Stadium.

NFL wild-card round ratings up 12 percent over last year

The NFL's strong regular season of TV ratings continued into its opening weekend of the postseason.

The league said on Monday that there was an average of 28.4 million viewers for the four wild-card round games, which is a 12 percent increase over last year.

The Philadelphia Eagles game against the Chicago Bears on NBC averaged 35.89 million, making it the network's most-watched wild-card game on record. NBC's previous best was the Jan. 3, 1988, game between Seattle and Houston at 35.86 million. The audience for Sunday's game peaked at 45.1 million viewers during the final nine minutes.