Military personnel and law enforcement are investigating whether shots ever were fired, but an official on base said it's better to overreact than to underreact. 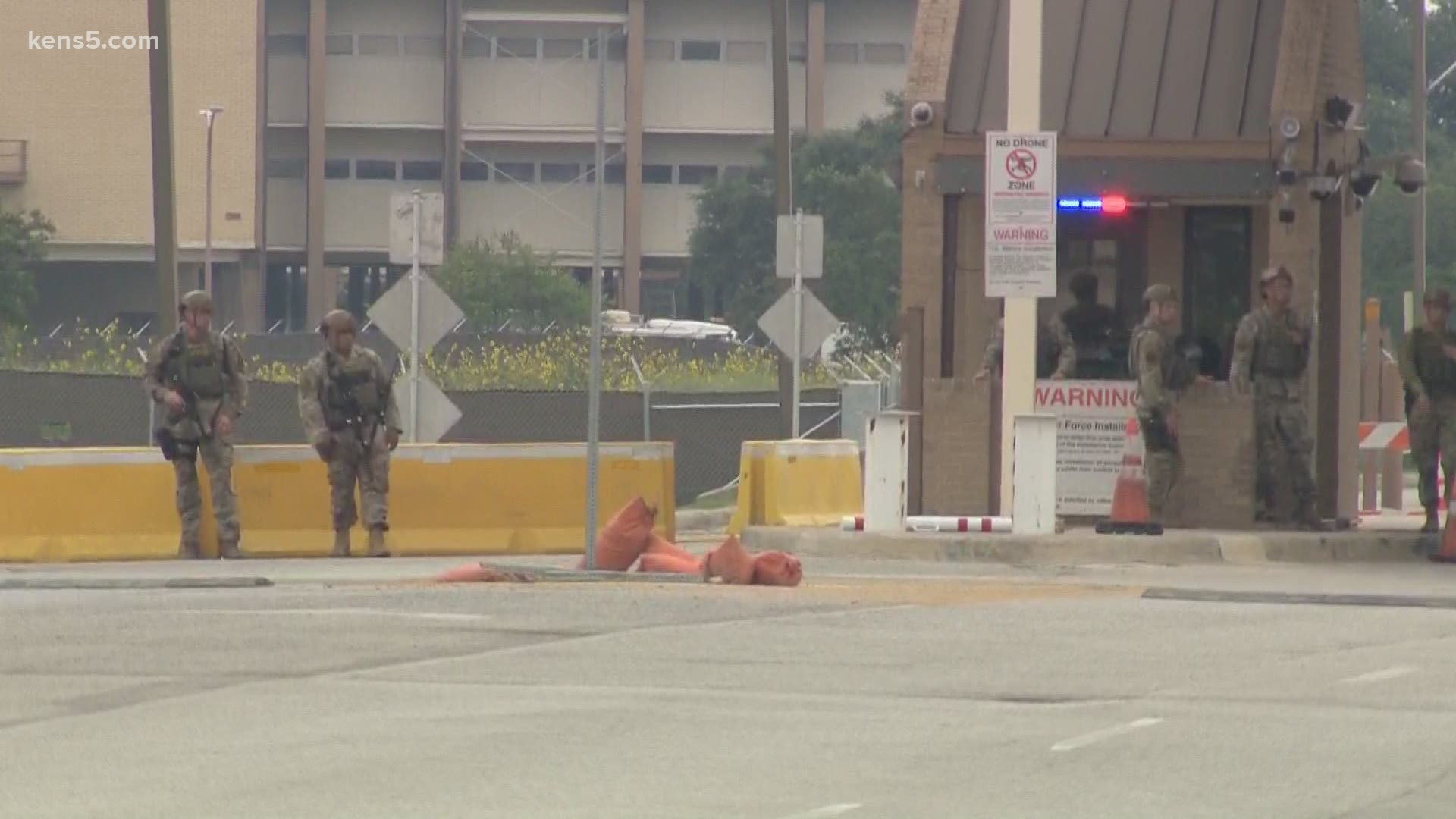 “The incident response demonstrated excellent cooperation between military and civilian law enforcement agency officials which involved both on- and off-base locations. The outstanding and immediate response from local law enforcement was very well coordinated and enabled a perimeter to be established immediately,” Brig. Gen. Caroline Miller, 502d Air Base Wing and JBSA commander said.

A release from JBSA did not say whether investigators determined if a shooting did occur, or if any suspects were taken into custody.

Joint Base San Antonio-Lackland locked down for several hours Wednesday due to a reported active shooter, though investigators are still trying to determine whether shots actually were fired.

Lt. Col. Brian Loveless said a report came in just before noon Wednesday that multiple people fired from an off-base location into the base, but there were no reports of anybody actually seeing the shooters. Nobody was injured. He said they were investigating whether this was a false alarm, but even if it was, he says the base's response was appropriate.

"I don't think there was an overreaction. I think any time we hear reports of gunshots fired on the installation... I mean, look, this is the center of basic military training. We take it very seriously," he said. "There's a lot of facilities on this installation that are very important to the Air Force, and we have to take every report seriously."

"Now, I would rather overreact to something than underreact and get it right, and we can triage whether or not we responded appropriately later on. But as of right now, I am 100 percent confident we made the appropriate response and made all the right calls along the way on base," he said.

An investigation is ongoing, and base officials thanked local law enforcement for their help.

"Not only our response was perfect, but I appreciate the response from all our local and off-base agencies, to include SAPD, Bexar County Sheriff's Office, Texas Department of Public Safety," he said. "They all came when the call was put out, and we can't do our job as efficiently without their support and the city's support as well."

There was an active shooter at JBSA-Lackland in 2016, when investigators say an Air Force trainee shot and killed his commanding officer and himself at an office on base.

In 2013, investigators said a man shot his common-law wife seven times at JBSA-Fort Sam Houston. She survived the attack, and he was sentenced to 20 years in prison.

Wednesday's lockdown was lifted around 2:30 p.m. as the investigation continued.