Spc. Vincent Ibarria's mother knew her son as Vinny, who was determined to serve his country as a member of the U.S. Armed Forces. 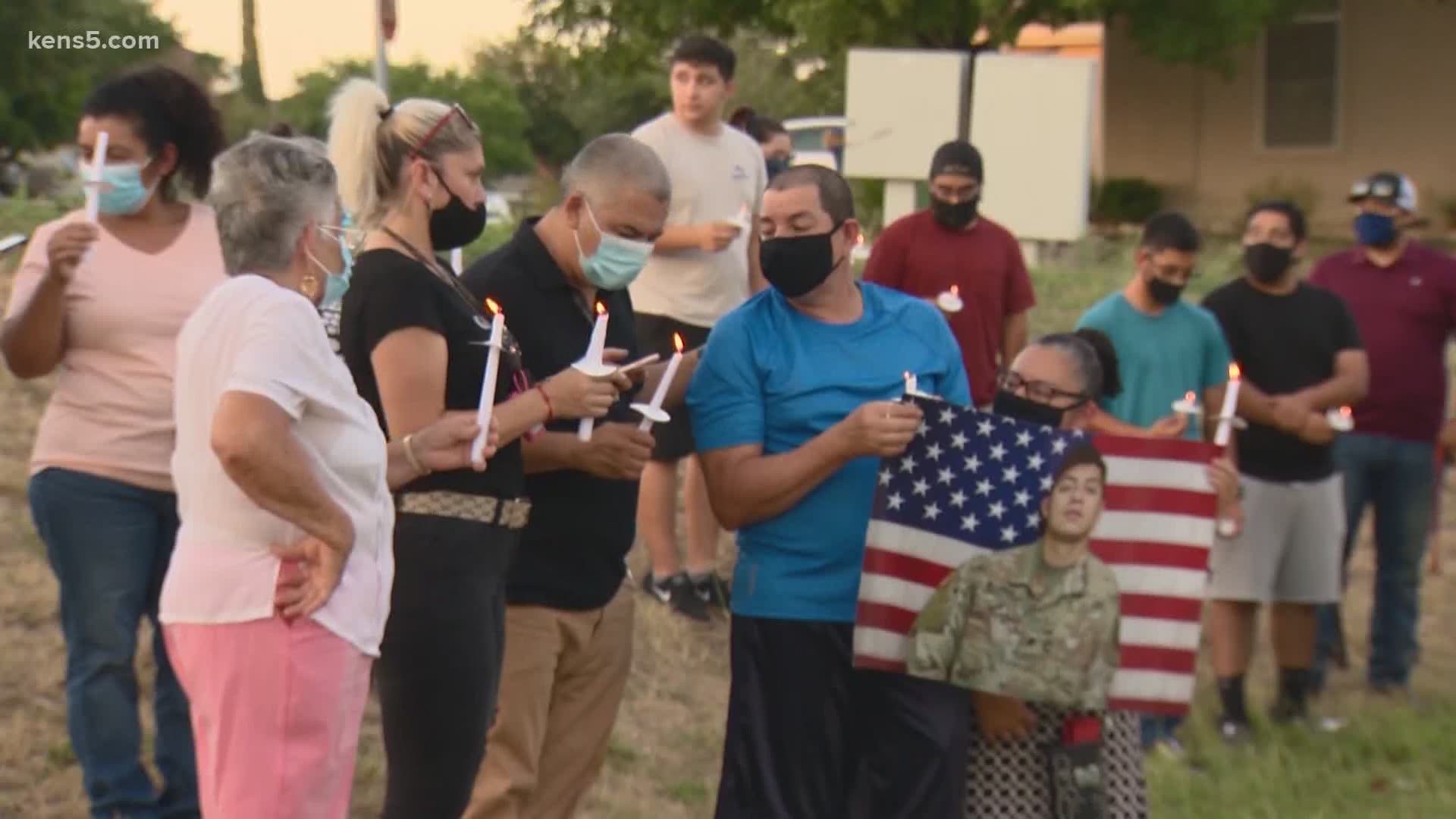 The San Antonio native died following a vehicle rollover accident in Afghanistan, according to the U.S. Department of Defense.

Ibarria’s parents learned of their son’s death on July 3.

“My Vinny was my joy in my life,” said his mother, Blanca Ibarria.

A mother and father may be crushed but they’re not defeated. Whether Vincent was stationed across the U.S. or around the world, the Ibarria family kept in touch as much as possible.

“Every time that he would call home, he was happy to be serving his country.” “We would always say 'don’t forget,' and that meant, we love you so much and forever.”

The Ibarria family is not hurting alone. The candlelight vigil brought about dozens of people who were all touched by Vincent Ibarria in some way. He was a soldier, friend and a son whose sacrifice will always be remembered.

“I am so fortunate and grateful that everybody is coming to grieve with us, to give us their support,” Ibarria said. “I know he’s young and that in his young age he accomplished what many wished they could do in a lifespan. I’m so proud of my Vinny.”

Ibarria’s parents say they were looking at property in the San Antonio area so he could move into a new home when he returned in the coming months.

Ibarria had been stationed in Afghanistan since February.