Authorities say officers responding to a welfare check were met with a 'noxious' smell and a cryptic note. 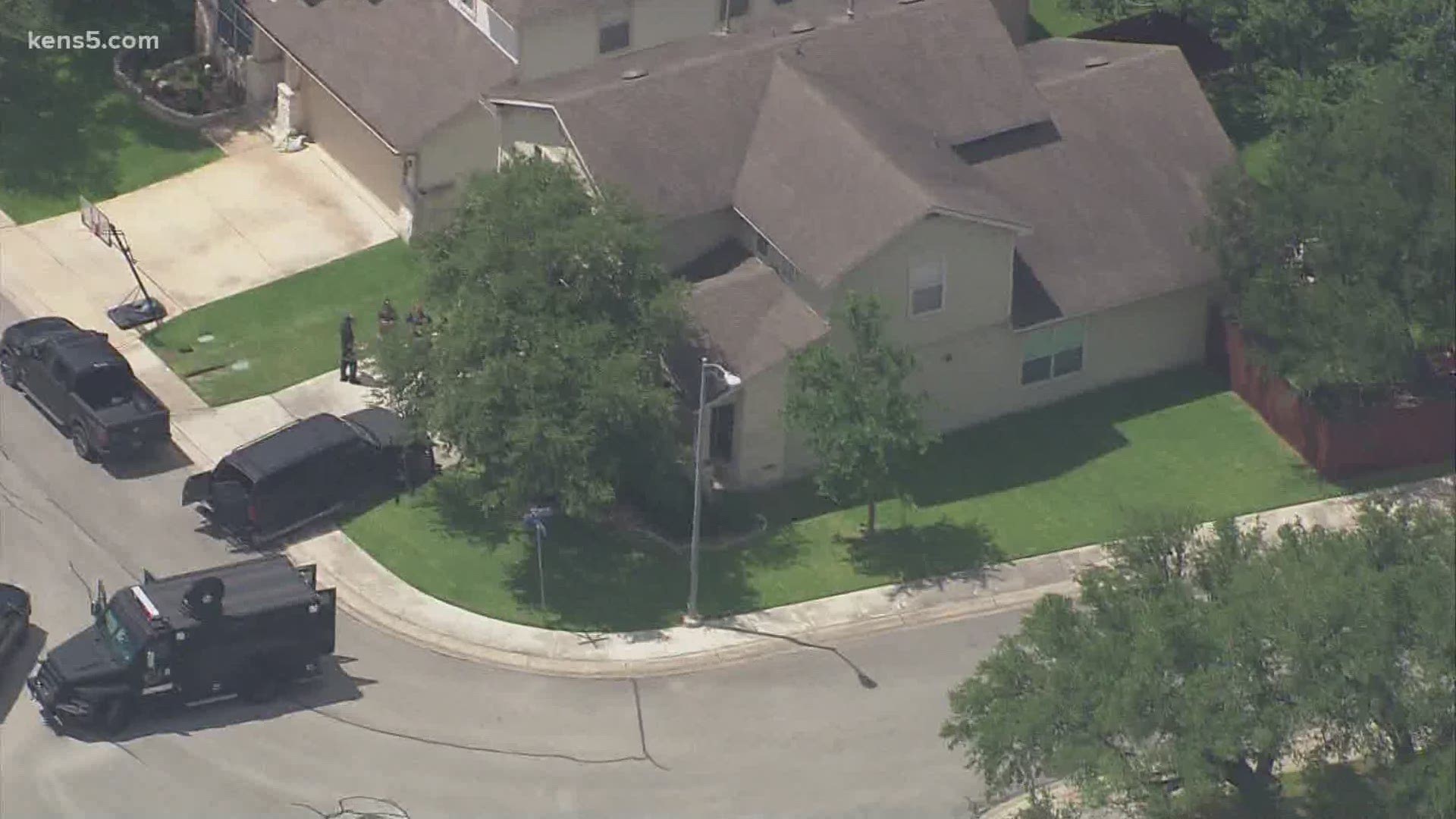 SAN ANTONIO — San Antonio authorities say they are investigating the deaths of a local couple and their four kids who were found in their car in the garage of a far north-side neighborhood.

The children ranged in age from 11 months to 4 years old. The parents of the children were both in their 30s.

Earlier in the evening, SAPD Chief William McManus said officers temporarily evacuated several homes in a Stone Oak-area neighborhood Thursday after a note on the home's front door and eventual use of a robot revealed the possibility that it was "booby-trapped" with potential explosive devices.

According to McManus, officers arrived to a home on the 100 block of Red Willow in response to a welfare check call around 3:15 p.m. However, they immediately backed away after noticing a "heavy, noxious fume" coming from the inside.

On the door was also a note McManus referred to as "cryptic" and containing "military jargon" that implied there were bodies inside the home, "animals in the freezer" and a warning: "Do not enter."

At that point, according to McManus, SAPD used a robot and a drone to examine inside the residence and found what appeared to possible be the explosive materials. Then they began to evacuate homes within a 150-yard perimeter.

All those residents have been cleared to return to their homes as authorities continues to investigate the deaths.