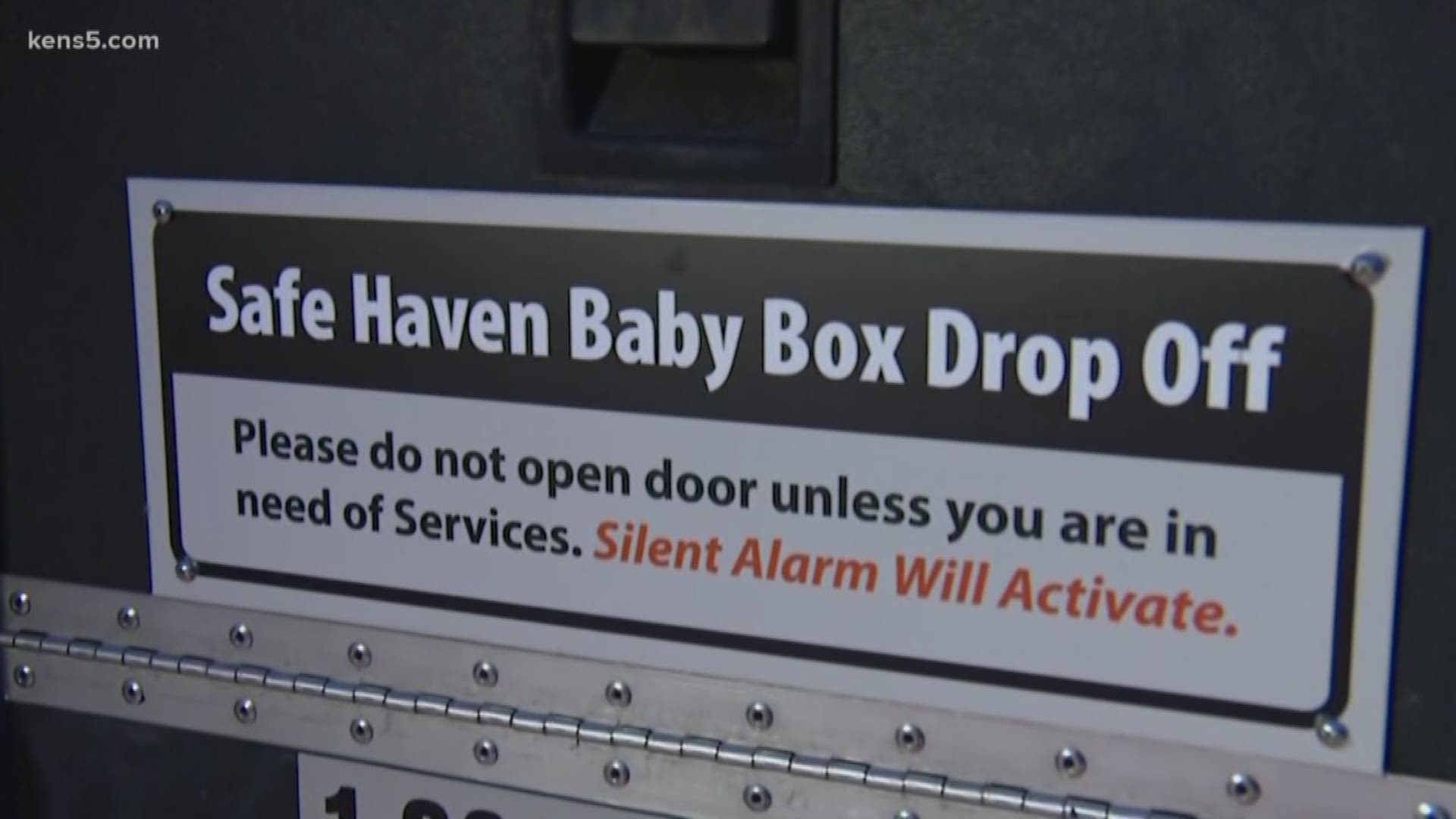 A local nonprofit wants to bring 'Safe Haven Baby Boxes' to San Antonio with the intent of saving lives.

Pamela Allen, Executive Director of Eagles Flight Advocacy & Outreach, has been laying down the groundwork to bring Safe Haven Baby Boxes to the Alamo City.

"We already met with Governor Abbott's office and policymakers there letting them know what our intention was to modify one sentence in the standing Baby Moses Law," Allen said/ "

Texas was the first state to enact the Baby Moses Law in 1999, allowing someone to leave their unharmed newborn baby - 60 days or younger - at a designated safe site.

Since then more than 3500 newborns have been surrendered, while more than 1300 were still abandoned illegally, according to the National Safe Haven Alliance.

"I go to church with a baby who was saved by the Baby Moses Law and it's a little girl and she's amazing and I get to see her live out her life and it could have been the other way around."

Allen said her team is pushing to install the boxes on the outside of fire stations throughout Bexar County and the boxes would be privately funded.

Meanwhile, the nonprofit continues to work tirelessly to provide proper burials for abandoned and abused children in our area.

"We have buried three abandoned babies," Allen said. "We have also buried 21 children who were victims of abuse."

If the proposal is approved, San Antonio would be the first city in Texas to have the Safe Haven Baby Boxes installed.