Former San Antonio attorney Mark Benavides was sentenced to 80 years after being found guilty of exchanging legal services for sex with his clients. 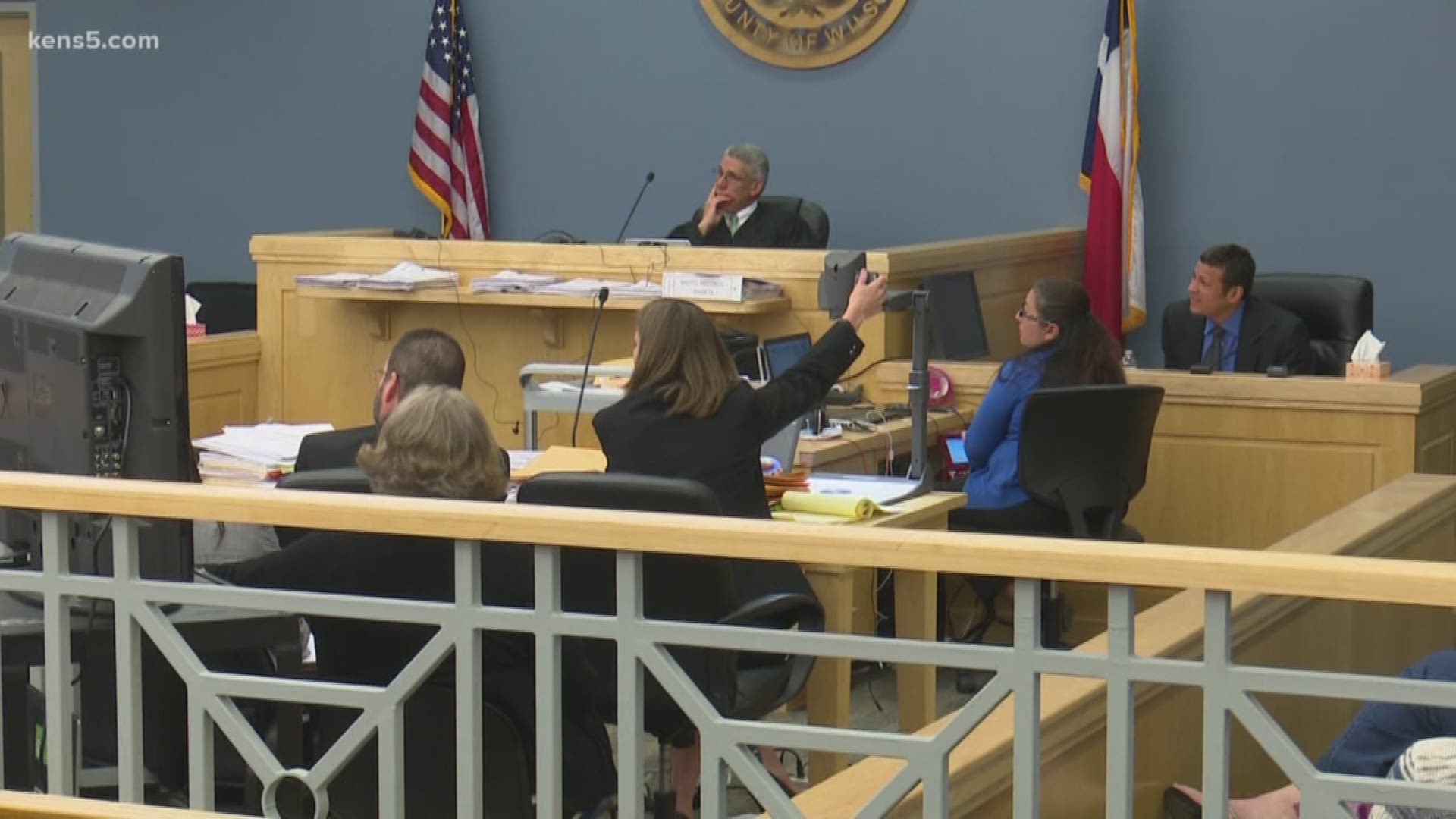 SAN ANTONIO — Former attorney Mark Benavides has been sentenced to 80 years for six counts of continuing trafficking of persons. Benavides will serve 80 years for each count but the time will be served concurrently.

His attorney told the judge that Benavides and his legal team plan to appeal the charges.

The jury started deliberating around 1:45 Friday afternoon and took several hours to reach a decision.

At one point Friday, jurors asked for the television monitor to be brought into the jury room. During the trial, the jury watched a number of DVDs that depicted Benavides having sex with women.

The former lawyer says the filmed acts were consensual and role-playing. Prosecutors say the cries of pain from the women were real.

Today, Benavides' wife testified on behalf of her husband. Linda Benavides said she has been a stay-at-home mom for eleven years and both she and their two children are devastated by what has happened to their family.

On Thursday, Mark took the stand where six women testified that the former attorney forced them to have sex in return for legal services. While trying to sway a jury to give him a minimum sentence, Benavides said his downfall began when he started representing criminals.

Benavides still has other charges pending. The judge has increased his bond for those cases.

The Benavides family waits for the answer that will change their lives. #kens5eyewitness pic.twitter.com/oHvhiGQ4wh

The Benavides jury left for deliberations at 1:15 pm. They have six charges. 25 to life on each count. #kens5eyewitness pic.twitter.com/zSsSnbETap

Therapist who treats sex offenders said after Mark’s initial evaluation in 2017: “I thought he was arrogant. He felt entitled...He didn’t see anything wrong, mostly, in what he had done.” #kens5eyewitness

Defense asked Mrs. Benavides why the jury should be fair to her husband. She replied “He doesn’t deserve this. He’s a good person.”#kens5eyewitness

Defense asked Mark’s wife: why didn’t you leave him? “He cheated. He did, but we have 2 kids together and he’s a good person.” #kens5eyewitness

At 12:30 each side will be given 30 minutes for closing statements in the Benavides sentencing phase. #kens5eyewitness

Both sides just rested in the Benavides punishment phase. The jury has been sent to lunch so the court can prepare the charge. Jury returns at 12:30 to get instructions and the case. #kens5eyewitness