Bexar County aiming to be trailblazer in THC testing

A law that took effect last year has sparked a need for the quantification of THC levels. 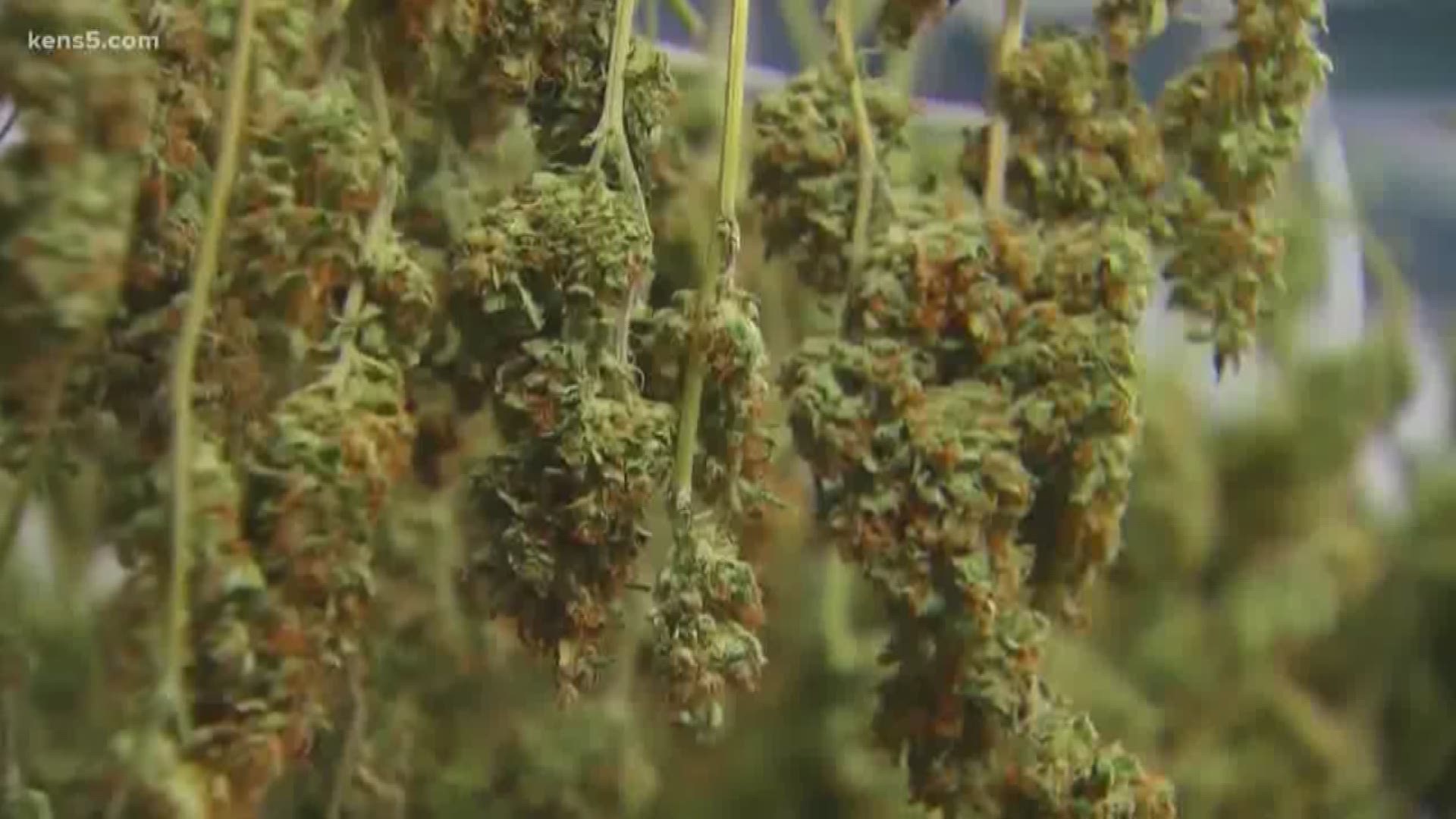 SAN ANTONIO — Bexar County officials believe they are weeks away from becoming the first facility in the state capable of quantifying the amount of tetrahydrocannabinol, or THC, in a substance.

The innovation comes in response to a law that took effect May 2019, which legalized hemp. The law states that a substance with less than 3% THC is legal hemp, while a substance that exceeds that threshold is marijuana, a controlled substance.

The law has sparked a need for laboratory testing to show whether a substance's THC concentration exceeds legal limits. Bexar County officials said, so far, no local laboratory is capable of executing such tests.

"We had discussions a year before, at least," said laboratory supervisor Brian Cho. "We saw the trend from other states (with marijuana) being legalized, and I said 'Oh it's coming.' So we said we need to look into this to see how are we going to handle this."

In July 2019, the Bexar County District Attorney's Office announced it would no longer prosecute marijuana cases for quantities under 4 ounces. Officials with the Bexar County Crime Lab last year went before Commissioners Court who approved the purchase two high performance liquid chromatography devices and received the devices in December.

The District Attorney's Office clarified in September that once local operations were up and running, the agency would limit testing to felony marijuana cases.

"Once the lab’s capacity and the ultimate cost to law enforcement of testing become more clear, decisions can be made on the value of testing and prosecuting Possession of Marijuana cases between 1 and 4 ounces," the District Attorney's Office said in a September news release.

Bexar County's lab could soon get the green light to quantify THC in substances collected by law enforcement. The lab is pending accreditation from the ANSI National Accreditation Board.

"We have provided all of the paperwork, they are reviewing --  an individual has been assigned to go over our documentation, our procedures, our data and currently, that's where we're at right now," Cho said.

Cho said the Bexar County Crime Lab has approximately 50 marijuana cases pending testing, but said agencies such as the San Antonio Police Department and the Bexar County Sheriff's Office have held on to cases.

"It's a moot point for them to submit when we couldn't do any work," Cho said.

The machines used to quantify the THC were $50,000 apiece. Though, officials said they do much more than quantify THC levels. The machines are able to test the purity of a number of controlled substances, they said.

"These are areas that really make the public safer," Dym said. "A lot of these crimes tend to be high public threat crimes. Being able to get that work in here, get a result out, keep an investigation on track -- even if the answer after analysis is that it's not the correct suspect.

"Getting that information back to an investigator quickly to keep their investigation on track is a matter of public safety."

Cho said the machines will allow for investigators to determine the amount of THC in a substance in a matter of minutes.

Once the lab is accredited, Dym said the service will help defendants get justice sooner.

RELATED: Marijuana prosecutions in Texas have dropped by more than half since lawmakers legalized hemp

RELATED: 'CBD has the potential to harm you' FDA warns in new report

RELATED: Is it pot or not? Busts show growing confusion over legal hemp