'America can work for you': Historic federal appointment opens door for judge to work, inspire

United States District Judge Jason Pulliam has a nice ring to it. After six months on the job, the new judge on the bench is ready to make an impression. 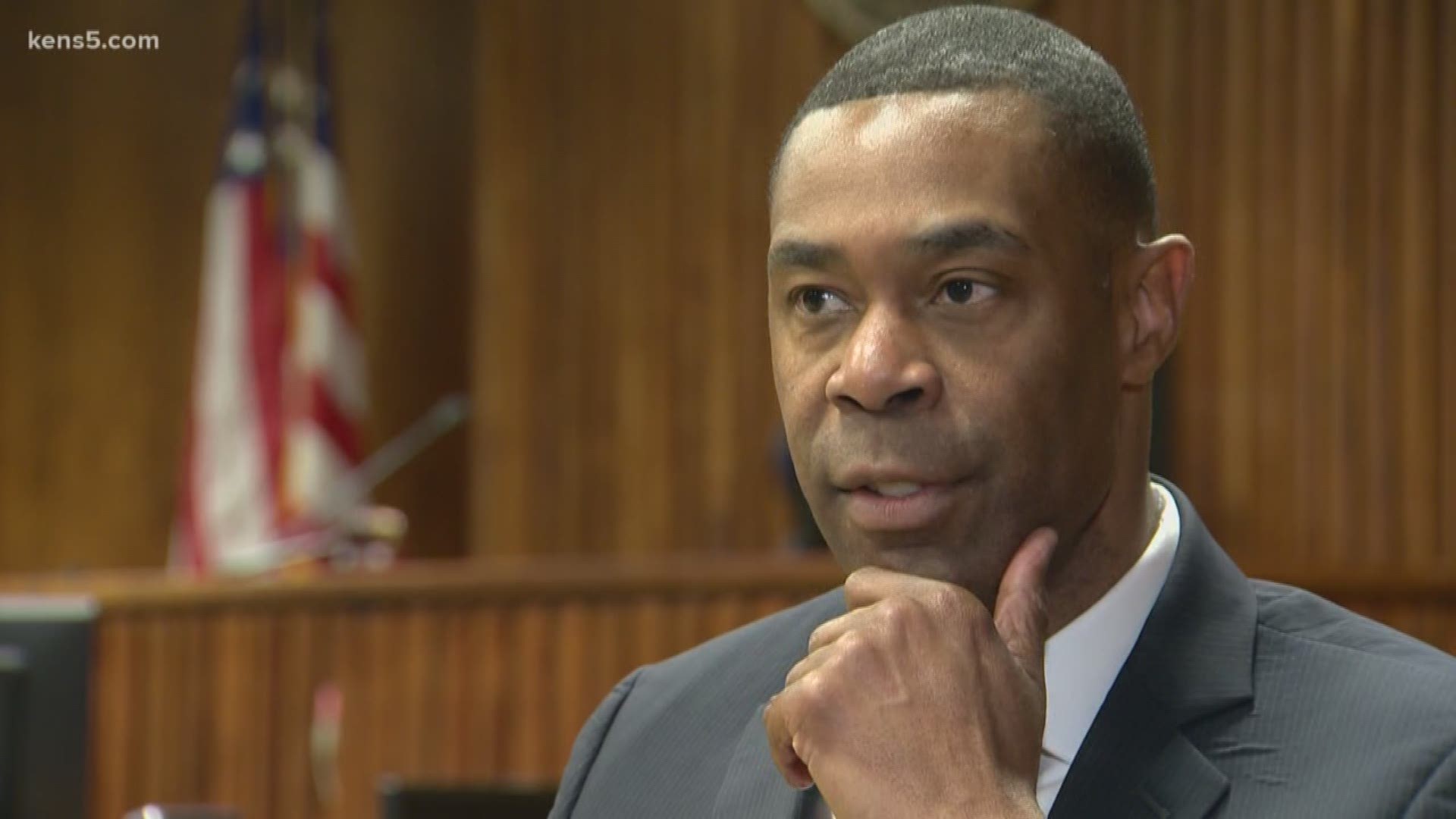 SAN ANTONIO — Franklin Pierce was president of the United States of America when the U.S. Western District of Texas was established. The year was 1857. 163 years later, Judge Jason Pulliam is the first African-American to occupy the bench as a judge.

"I recognize the symbolic value that that has for our nation," Pulliam said. "But I think, regardless of race, that it says to America that America works."

The 48-year-old believes it's a message especially important to child.

"Whether they're on the east side here near the courthouse on Hackberry or on the west side of San Antonio, (it's true) that America can work for you," he said.

Pulliam, a native of Brooklyn, is the son of parents he describes as the working poor. His father was a blue-collar superintendent, his mother a daycare center teacher for 33 years. Neither were college-educated.

"I think with my father I learned passion, although you don't see that on the surface with me," Pulliam said.

According to the federal judge, it was from them that he acquired skills of temperance, prudence and planning, taking the long view and striking when the iron is hot.

His parents are still alive. Pulliam said they have robust conversations, partially because he's a Republican and they are Democrats. But party affiliation isn't an issue for the family.

"I don't think they have any concerns. I think they always knew I had my own independent streak when it came to what I thought—what I believed," he said. "I think it was more important to them that I had evidence to back up what I believed and facts."

The fact was he did not have the athletic prowess to become a tight end for the New Jets or a third baseman for the New York Yankees. What he did have was academic acumen and a thirst for knowledge.

Pulliam said a high school friend's parents who had advanced degrees exposed him to reading the Wall Street Journal, the New York Times, watching Sunday morning news shows. He became interested in PBS documentaries as well as an avid reader of Greek and political philosophy.

"I got really serious about life," he said. "I got a dry erase board and a magi marker and a plan out for my life, in five-year increments."

He was a first-generation graduate from college, finishing with a master's degree. He joined the United States Marines, attended the Thurgood Mashall School of Law at Texas Southern University.

Pulliam also was exposed to lawmaking and networking in productive circles. He was a legislative aide for the majority leader in the New York State Assembly.

Rather than focused on an isolated expertise, the judge said he latched on to as many legal skills as possible even though it was not his childhood dream.

"I never thought I'd be a lawyer or a judge," he said.

Pulliam believes his family would have been just as satisfied with him getting a high school diploma and working successfully at a civil service job.

"As my mom would always say, have healthcare and a pension," he recalled.

His legal rise went beyond private practice. Pulliam was elected twice at Bexar County Court of Law No. 5 in 2010 and 2014.

Former Texas Governor and current Secretary of Energy Rick Perry appointed Pulliam to the Fourth Court of Appeals in Texas in 2015. When the New Yorker ran for the seat the following year, he did not win. But he said the momentary setback did not deter him from his plan. He leaned in on family and faith.

"I just view any sort of setback as an opportunity to succeed later," he said.

One of the lessons Pulliam said he learned from the Marines is never to fall in love with a plan.

His belief that hard work will open the doors of opportunity later paid off for him, as Pulliam's name emerged among considerations to fill a vacant seat in the Western District of Texas.

The process to nomination was long, in-depth and rigorous. He was nominated and approved by the United States Senate at the 42 judge for the Western District.

Pulliam was on the bench in August after being sworn in. He and other new federal judges will have an investiture ceremony on Feb. 20.

He will hear wide-ranging case from fair labor cases to criminal prosecution. But Pulliam also believes his work when he takes off the robe is just as important.

"I believe I have an affirmative moral obligation to help others fills their American dream," he said.

He speaks to students about his story of hard work and overcoming his environment.

"Someone who is not far removed from growing up in poverty stricken community that saw drugs and drug violence related to drug trade. Divorced. Broken family," he continued. "Someone who has faced discrimination in his own life. you can overcome any obstacle to succeed." 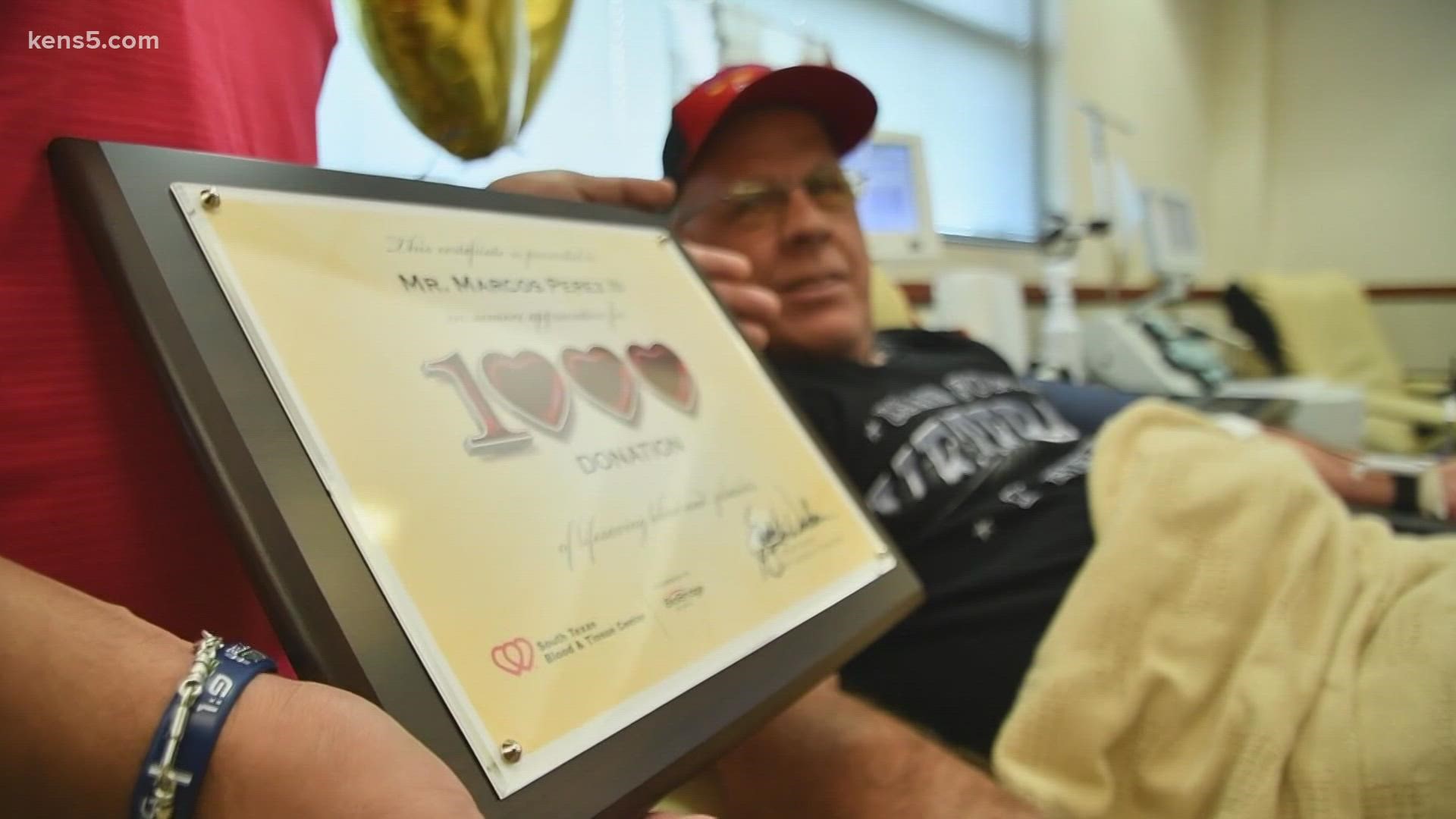