The Texas Parks and Wildlife Department says that snakes start "emerging from their dens in late February or early March in Texas." 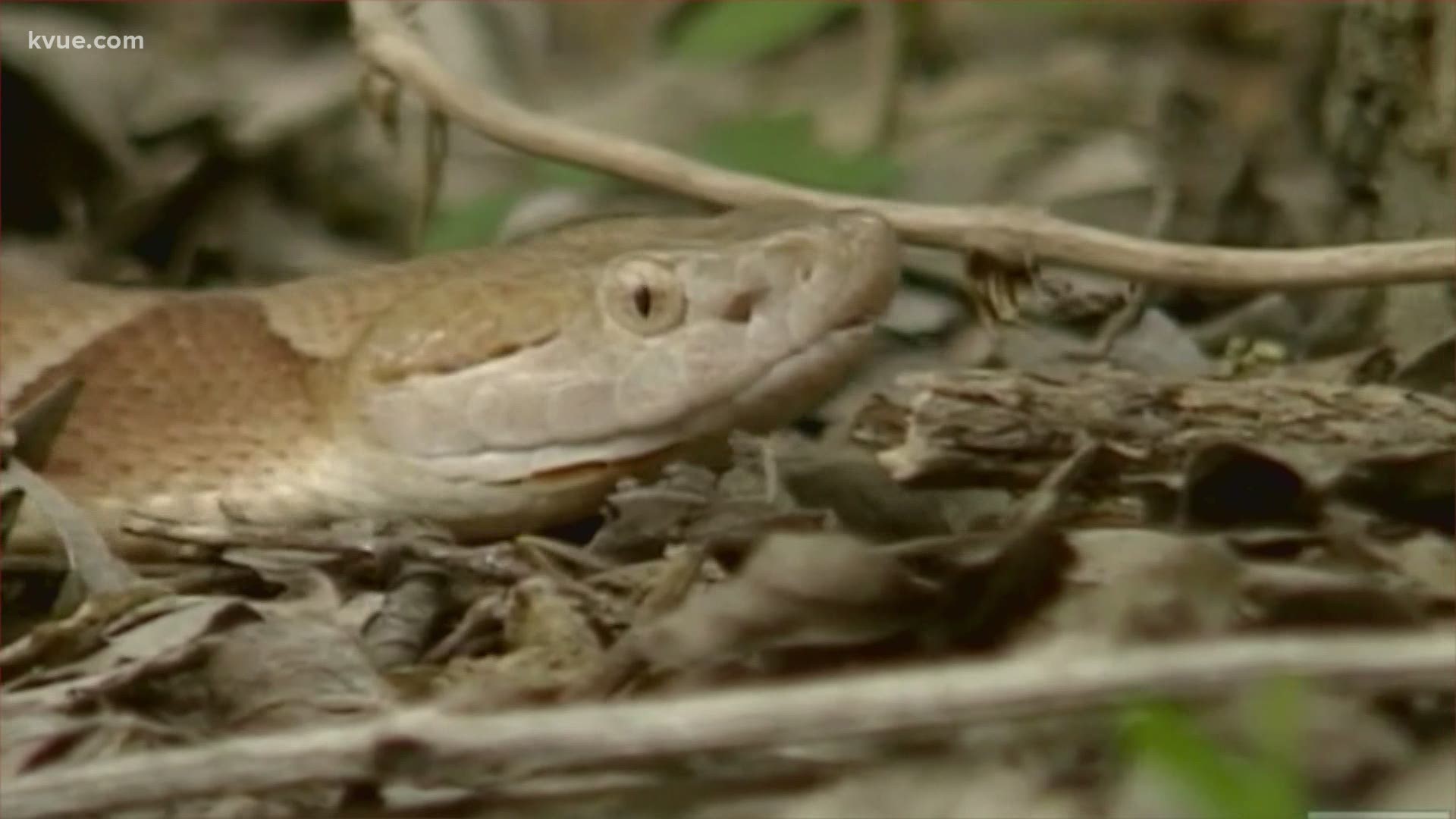 As the weather warms up, Texas' slithery serpents will make their way back into our lives, whether we like it or not.

With that said, the Texas Department of Agriculture tweeted out a reminder Sunday afternoon that snakes can be rather sneaky and hide in places you may not imagine. In a photo credited to "Farm and Ranch Memes," the department showed a snake coiled up under the saddle strapped to the back of a horse.

RELATED: See a snake? Don't panic! Here's what you should do

With this in mind, keep a sharp eye out for them as the weather starts to heat up. The Texas Parks and Wildlife Department says "snakes cannot tolerate extreme cold and will normally hibernate in the winter, emerging from their dens late February or early March in Texas." Snakes defensive tactics include staying hidden and relying on their excellent camouflage in hopes that a predator won't notice that they are even there, according to TPWD.

What to do should I come across a snake

"A very common and consistently resorted to strategy is to leave the scene of danger as quickly and unobtrusively as possible, avoiding confrontation at all costs," TPWD said. "Finally a few snakes have evolved the ability and the arsenal of equipment necessary to stand their ground and defend themselves against enemies much larger than themselves. If cornered and not given an opportunity for retreat, they will strike with speed and force and envenomate their enemy."

WATCH: Here's what you should do if you find a snake in your yard

TPWD says snakes are often found under rocks, fallen limbs, in the leaf litter, hidden in tall, grassy and brushy areas, in areas mice or rats may be such as trash, brush and rock piles, stacked lumber and stone walls fences. Or as the picture shows, coiled up in tight spaces. So, TPWD advises to look where you step and said to "never reach under rocks or into holes or other blind crevices."

According to TPWD, Texas averages two-to-three deaths per year from snakebites.

How can I tell the difference between a venomous snake and a harmless one?

TPWD said there is not a singular set of criteria to determine a venomous snake from a harmless one. The department said the best way is to look up what venomous snakes are habitants of your area and have a good idea what those species look like.

In Texas there are four types of venomous snakes: copperheads, water moccasins – also known as cottonmouths – rattlesnakes and coral snakes.

The Western Cottonmouth, the only subspecies found in Texas, are typically found swamps, waterways, coastal marshals, rivers, ponds and streams across the eastern half of the state.

Cottonmouths are about 3.5 feet in length and can come in a variety of colors including dark brown, olive-brown, olive green or lack. They also have wide, dark bands which may be more distinguishable in some individual snakes than others. The snake my also show white tissue inside its mouth when it is threatened.

Credit: WBIR
The Western Cottonmouth, often known as the "water moccasin," can also be found across the southeast in the wetlands and swamps.

The Copperhead is typically found in rocky areas and wooded bottomlands. Copperheads also populate near bodies of water and weed-covered vacant lots.

They have chestnut or reddish-brown crossbands on a lighter-colored body.

The most common subspecies in East Texas are the Southern Copperhead, which can measure between 20 to 30 inches.

While rattlesnakes vary in color, length and patterns, their distinctive rattle at the end of their of their tail makes them distinguishable from any other variety of the snake. The rattle is used to as a warning when a snake is threatened.

Rattlesnakes can be found in a number of land-based habitats including: forests, rangeland, prairies, and developed land.

Coral snakes, a member of the cobra family, exist the southeastern part of Texas.

The are brightly colored with a broad black ring, a narrow yellow ring and a broad red ring. While there are non-venomous snakes that look similar, the coral snake is the only snake species where the red and yellow rings touch. (“Red touch yellow, kill a fellow.”)

While they are not as aggressive as pit vipers (cottonmouths, copperheads and rattlesnakes), their venom is potent.

Credit: Jack Acosta / KENS 5
A coral snake lingers on the walking path at Friedrich Wilderness Park in this file photo from early September 2019.

If you or someone you are with are bitten by a snake, the most important thing to do is to get away from it as quick as possible. Stay calm and remove all jewelry and restrictive clothing that may restrict blood flow if swelling happens. Do not apply ice, a tourniquet or make an incision as this may cause more harm than good.

Also do not administer antivenom unless you have received proper training.

According to Texas A&M University, you need to get to an emergency care facility as soon as possible. It is important that you try to identify the snake for your doctor so the doctor can give the correct antivenom.

If you are bitten by a non-venomous snake, first aid should be treated as if it is a puncture wound. However, check with a doctor if you are not sure whether the snake was venomous or not.

For more information about snakes, visit the TPWD frequently asked questions on the department's website.

Calls about snakebites up 54% in Texas compared to last year