Weatherminds: What are meteors and when is the best time to see them?

Every once in awhile you may look up and see a meteor streak across the sky, but what are they? 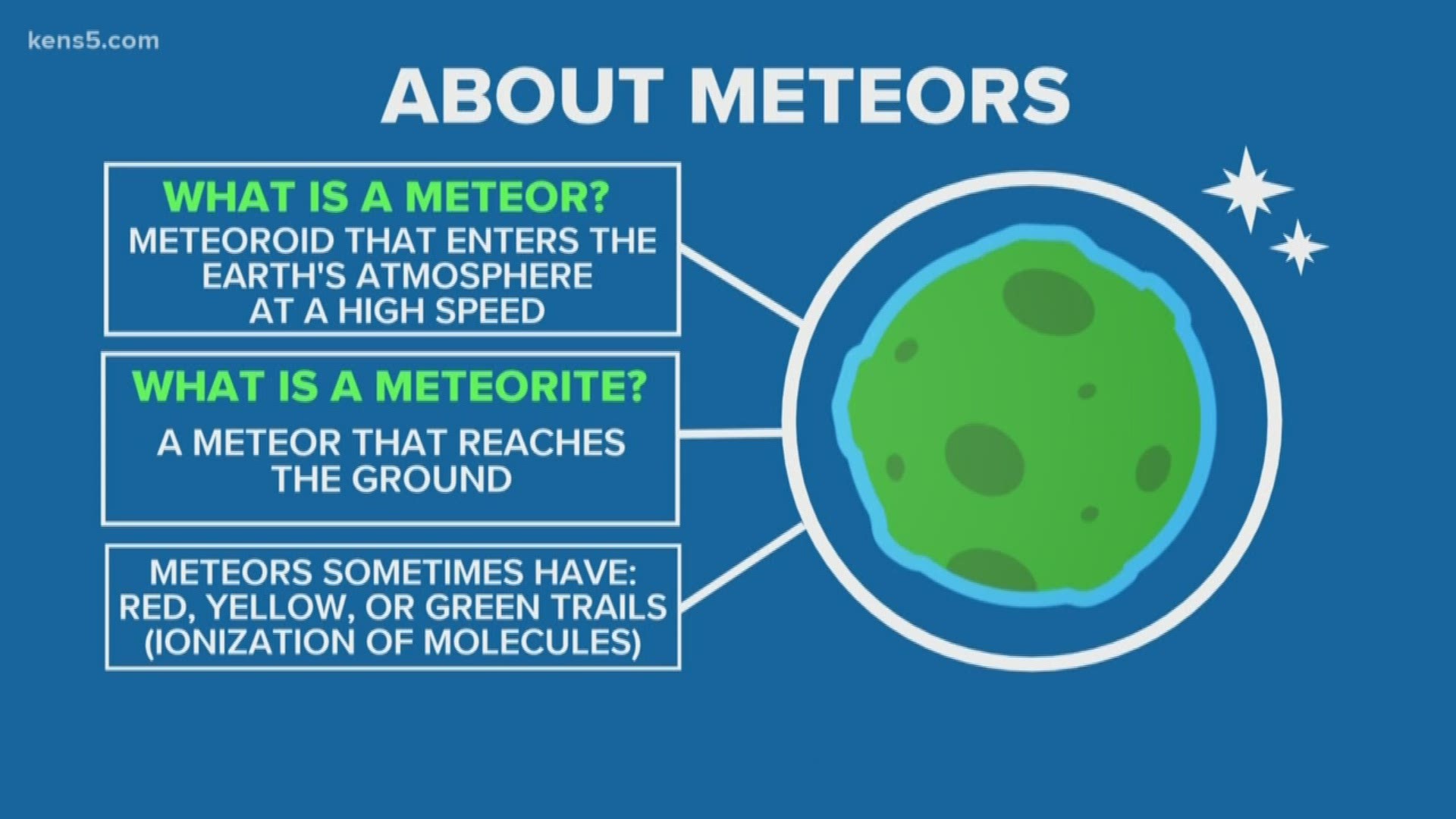 SAN ANTONIO — A video from this week showed a meteor streaking across the sky over the Alamo City, something we more commonly know as being a shooting star.

So, what are these meteors?

Well, they are meteoroids that enter the Earth's atmosphere and sometimes make it to the surface, becoming meteorites.

If you want to see a meteor yourself there are times that you have a better chance to see them.

Go out at night, away from city lights. This will be your best opportunity to see them, especially after midnight and before sunrise, on a clear night.

171 counties in Texas under a burn ban

We see increased activity of meteors in the sky during something we call a meteor shower.

There are three more big meteor showers this year in the United States, which are the Orionids, Leonids and Geminids meteor showers.

The Orionids meteor shower occurs between October 2 and November 7.

The Leonids meteor shower occurs between November 6 and November 30.

The Geminids meteor shower can be seen between December 4 and December 17.