On this episode of 'Cloudy with a Chance of Learning' we talk about Tropical Storm Arthur, which formed in the Atlantic Basin over the weekend. 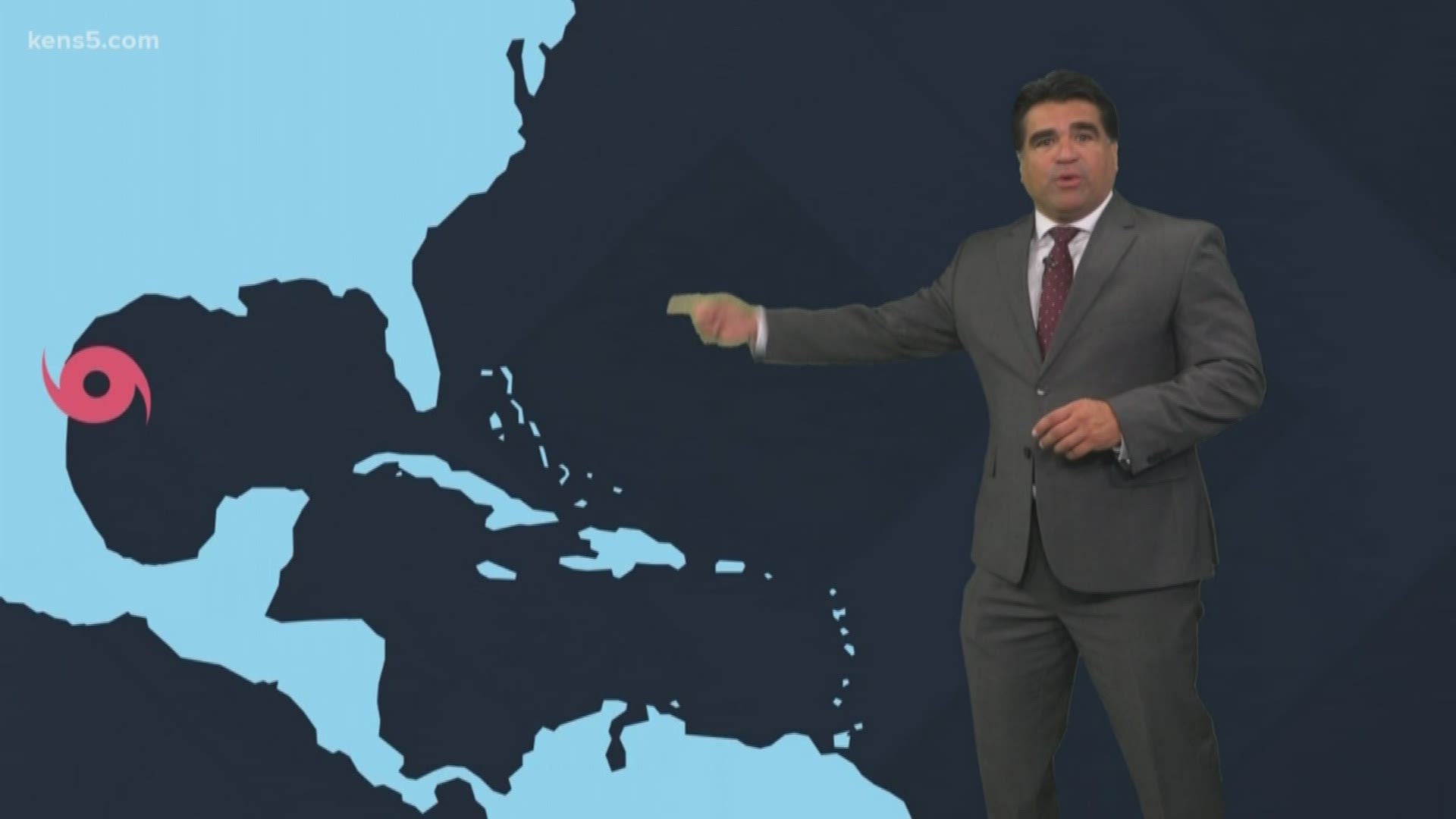 SAN ANTONIO — Hurricane season doesn't begin until June 1, but we have already had the first named storm of the season.

Tropical Storm Arthur formed Saturday night off of the coast of Florida and moved to the north, brushing along the North Carolina coast before curving off into the Atlantic Ocean.

The storm is now a post-tropical storm, meaning it has lost its tropical characteristics, even though the storm still have 60 mph winds Tuesday afternoon.

No more impacts are expected for the United States from the storm.

Since the storm is still in the Atlantic, we made it the topic of Tuesday's 'Cloudy with a Chance of Learning.'

Post-Tropical Arthur is considered post-tropical because it is now showing signs of having frontal boundaries, which you don't find in tropical systems.

These fronts are forming due to the unfavorable environment surrounding the tropical system.

Strong shear and mid-latitude systems have had a big impact on the storm and this will cause the storms to continue to weaken over the next few days.

Remember, shear is bad for tropical systems. Tropical systems that are healthy will stand up straight, but those that encounter strong shear will lean over, causing the storm to lose tropical characteristics and sometimes fall apart.

Something interesting about Arthur is that the storm moved in a similar path to previous storms that carried the same name.

A storm name is recycled every four years as long as that storm doesn't cause a large amount of damage, which would lead the National Hurricane Center to retire the name.

Arthur will continue to be used in the future, because this storm didn't do much damage at all.

When the storm brushed the outer banks of North Carolina it only caused a bit of coastal flooding.

Thankfully a weaker side of the storm hit North Carolina with the front right quadrant, or the stronger part of the storm, staying off-shore as it passed the coastline.

The storm was able to form in the first place thanks to warm water located off of the coast of Florida, stretching up to the North Carolina coastline.

This area of warmer water is known as the Gulf Stream and can be seen in the picture below as the red color showing up right off of the Atlantic coast of the United States.

Hurricane season begins on June 1 and the next storm name to be used on the list will be Bertha, but as of Tuesday, no tropical cyclones are expected to develop within the next five days.

Remember to stay weather aware during hurricane season and always have a plan in place to keep yourself and your property safe in case a tropical cyclone threatens where you live.