WEATHER MINDS CLASSROOM: Know the layers of our atmosphere

The KENS 5 Weather Team dives into the science behind each layer of the Earth's atmosphere. 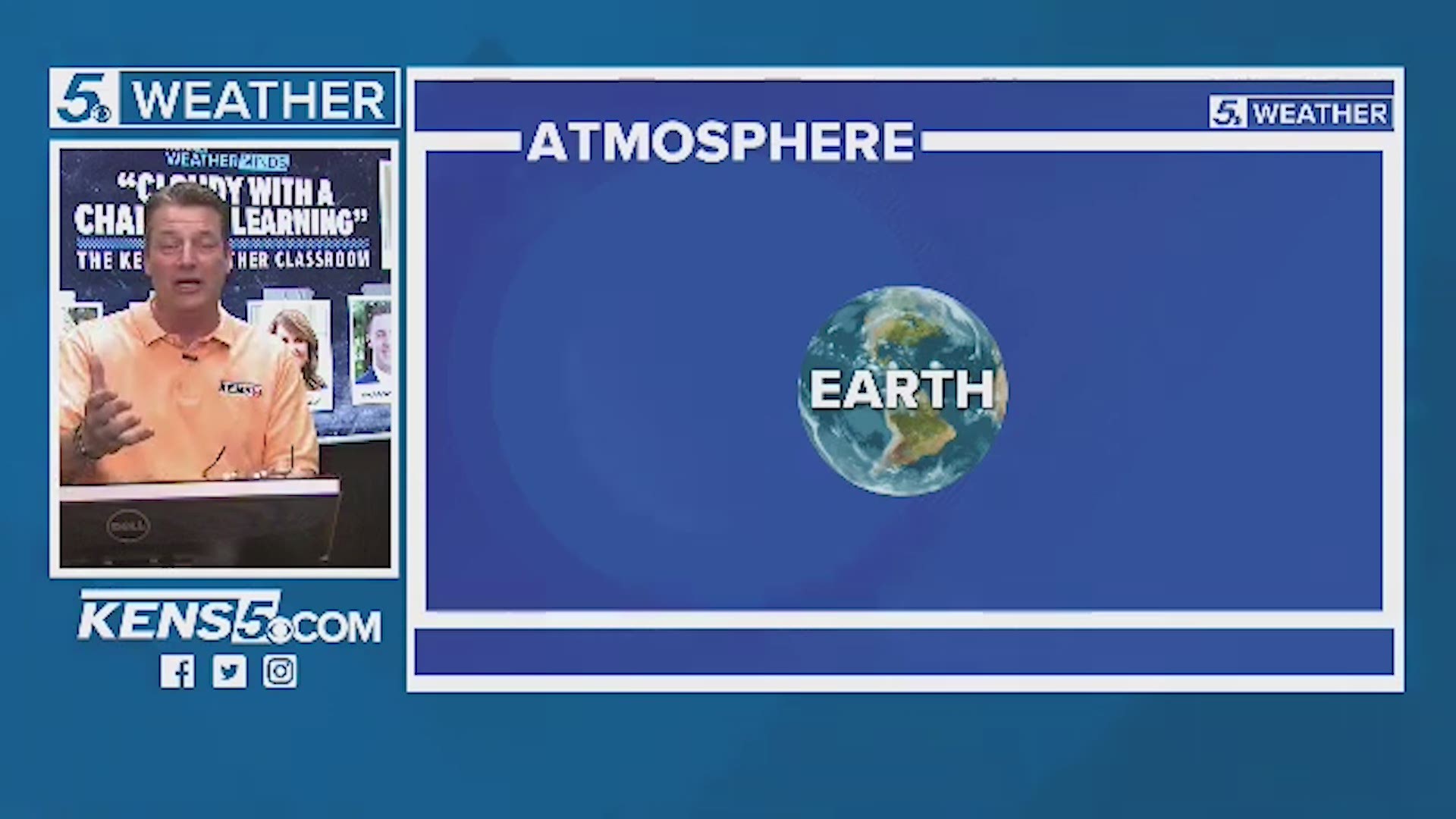 SAN ANTONIO — The KENS 5 Weather Team is teaching lessons on weather while we are all at home, and on Monday, we talked about different layers of the atmosphere.

Our atmosphere is divided into layers based on temperature.

Credit: KENS
Layers of the atmosphere

Clouds, birds, and wind are found in the troposphere.

Did you know the jet stream is located in the mid to upper troposphere.

The air in the troposphere is 78% nitrogen and 21% oxygen. Only 1% of the air is made up of water vapor, argon, and carbon dioxide.

Temperature will increase with altitude in the stratosphere.

The mesosphere is just above the stratosphere and meteors can burn up in this layer.

"Meso" means middle and gases are mixed up in this layer. The thickness of this layer also varies over the Earth. Air present in the mesosphere is too thin to breathe.

Above the mesosphere, we have the thermosphere. "Thermo" means heat and temperature will increase quickly in this layer due to radiation from the sun. This layer is about 319 miles thick.

The thermosphere is home to many low orbit satellites and the International Space Station.

The outermost layer that separates our atmosphere from outer space is the exosphere. "Exo" means outside. According to NASA, this layer is about 6,200 miles thick which is almost as wide as Earth itself. That is a big layer!