Weather sensors have been grounded with airplanes during the COVID-19 pandemic. 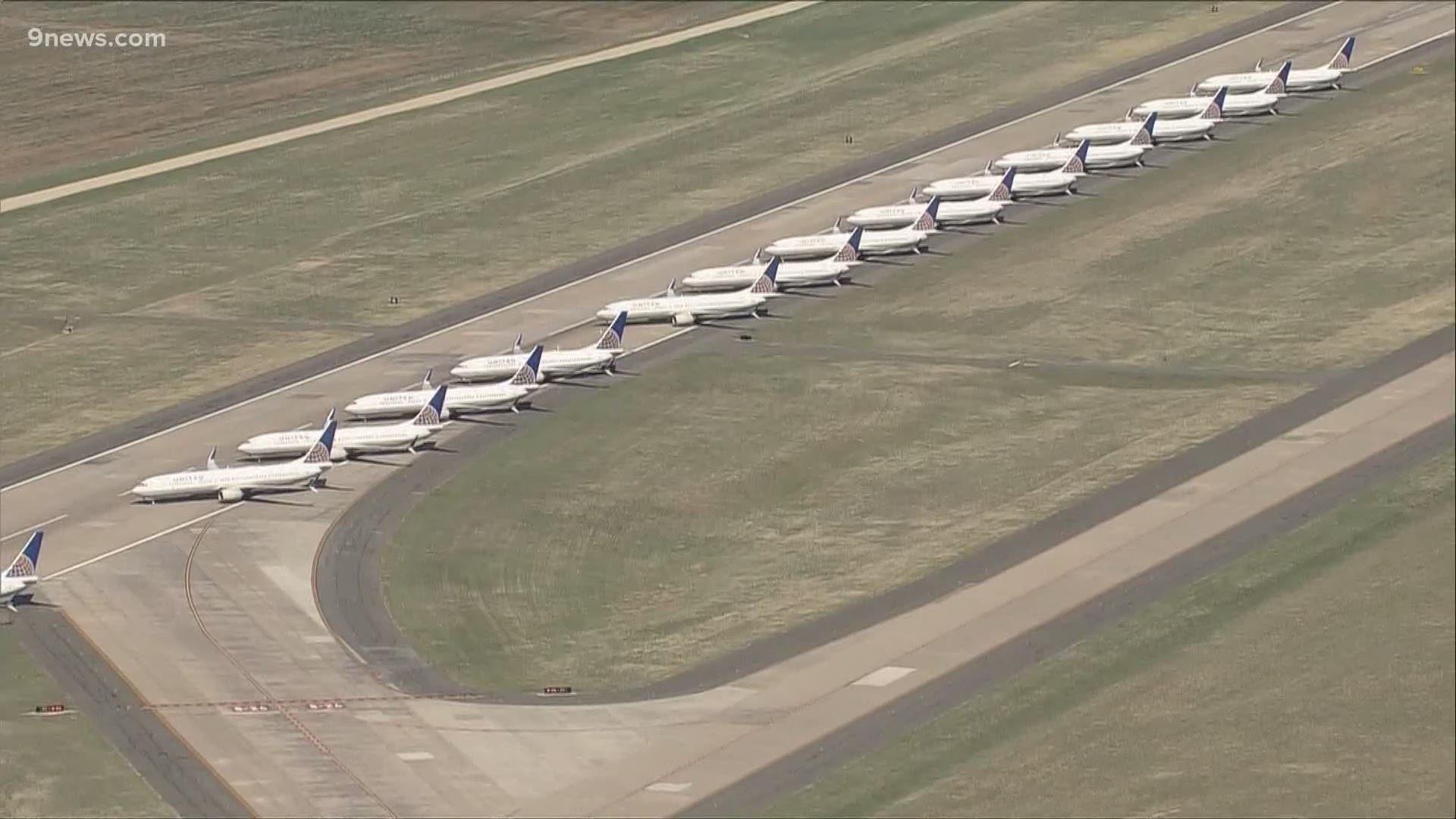 BOULDER, Colo. — Weather forecast models have been less accurate during the COVID-19 pandemic because some weather sensors have been grounded along with the airplanes that carry them.

More than 3,500 commercial aircraft normally provide over 250 million observations per year. It's part of a program called the Aircraft Communications Addressing and Reporting System (ACARS). The system transmitts flight data along with weather information to the ground.

The data gathered by the aircraft sensors gets feed directly into our computer forecast models.

The more quality data that gets entered, the more accurate the models will be. Some models, like the European Centre for Medium-Range Weather Forecasts( ECMWF), get as much as 13% of its observations from the sensors on airplanes.

New research published this week in the American Geophysical Union, shows that 50% to 75% of aircraft observations have been lost during the COVID-19 pandemic from March to May of 2020.

The paper was written by Ying Chen with the Lancaster Environment Centre, at Lancaster University.

Meteorologists in America say the ACARS data is important but it's not the only weather data that is used by computer models.

"This is just one tool in the toolbox," said Greg Hanson with the National Weather Service (NWS) in Boulder. "The backbone of these computer models are the weather balloons that we release twice a day.”

Hanson said that more than 1000 weather balloons are launched daily across the planet. The information they gather combines with ground-based weather stations, weather satellites and the aircraft data to give them the big picture.

The study showed that the widest margin of error was with temperature, which was off by as much as 2 degrees Celsius in some parts of the world.

One area that might be most impacted would be over the oceans where weather balloons and surface-based weather stations are sparse. With an active hurricane season forecast, that might place further importance on the Hurricane hunter reconnaissance missions this year.

Hanson said there will be less impact in places like Europe and the United States.

“As far as the day to day weather forecasting that we are doing for Colorado, and especially the life-saving warnings that the Weather Service does, there’s no impact there,” said Hanson.

The study also points out that cruise ships play a role in taking weather measurements, and that industry has also been impacted by the COVID pandemic with almost all trips canceled since March.