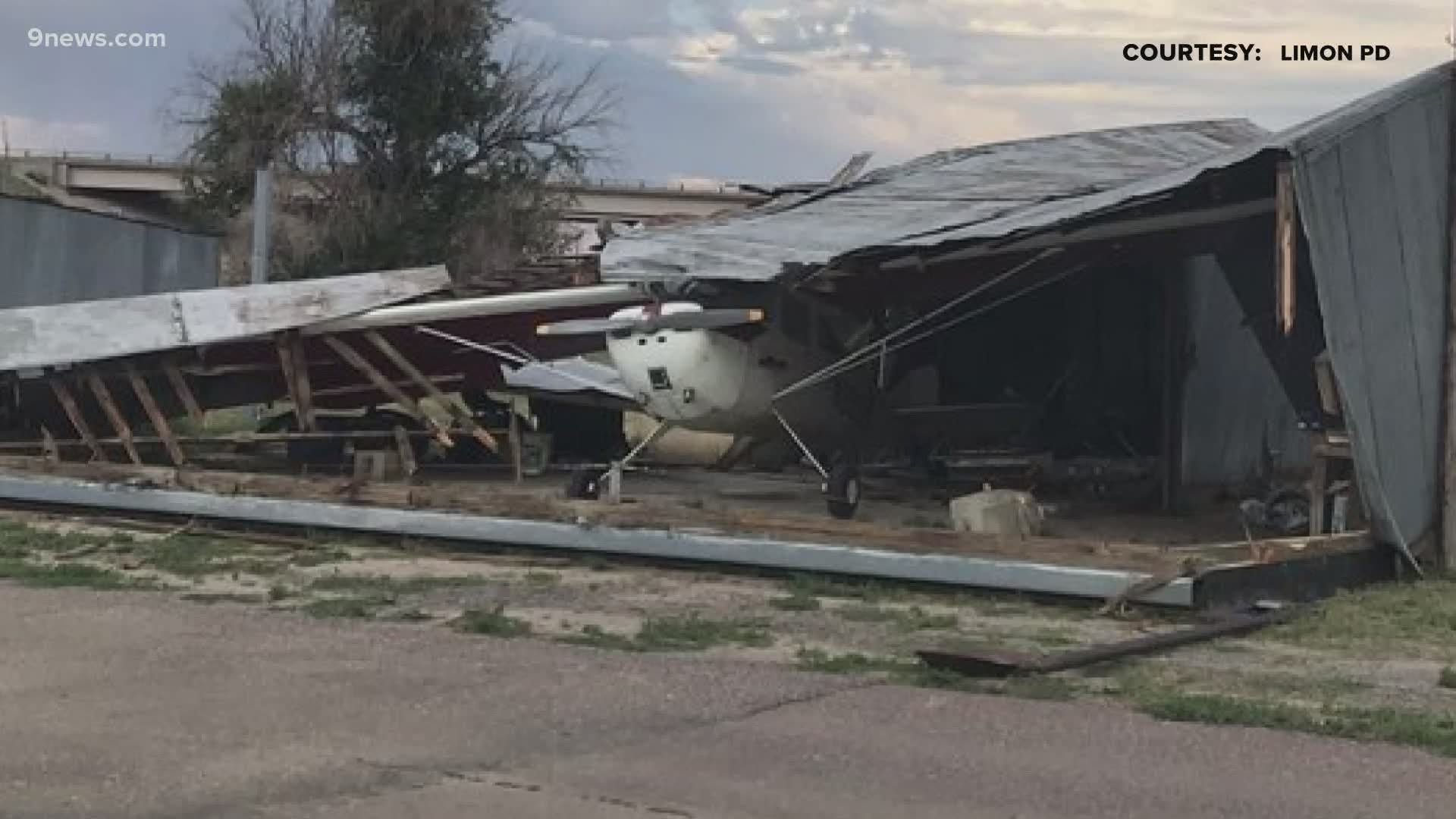 LIMON, Colorado — The roof of a storage building collapsed on a small airplane at the Limon Municipal Airport as an early morning wind gust knocked down two of the building's walls.

Other buildings at the airport also received damage.

A weather station at the airport registered a 67 mph wind gust at 2:26 am and the radar didn’t pick up a single drop of rain reaching the ground from the thunderstorm that caused it.

That's because the airport was hit by a dry microburst.

Monday morning's cold front was weak, but organized just enough to spark a few thunderstorms in the Limon area. The air was very dry below 20,000 feet which is perfect for creating dry microbursts.

A dry microburst is very small, covering only 2.5 miles or less, but they can be quite powerful. Monday morning's 67 mph gust exceeded the 58 mph severe thunderstorm threshold.

RELATED: One of Denver's most devastating hailstorms happened 30 years ago

There was also a noticeable rise in temperature in Limon at the time. It was 70 degrees at 2 a.m. just before the thunderstorm developed, and then the thermometer suddenly rose to 84 degrees 45 minutes later.

This is a phenomenon known as a heat burst. When air sinks in altitude, the change in pressure causes it to warm by almost six degrees for every 1,000 feet of elevation. So the air that fell warmed to 84 degrees by the time it hit the ground despite previously being cooled by evaporation.