There hasn't been too much activity in the tropics so far this year, but things are starting to heat up with Tropical Storm Dorian forming on Saturday. 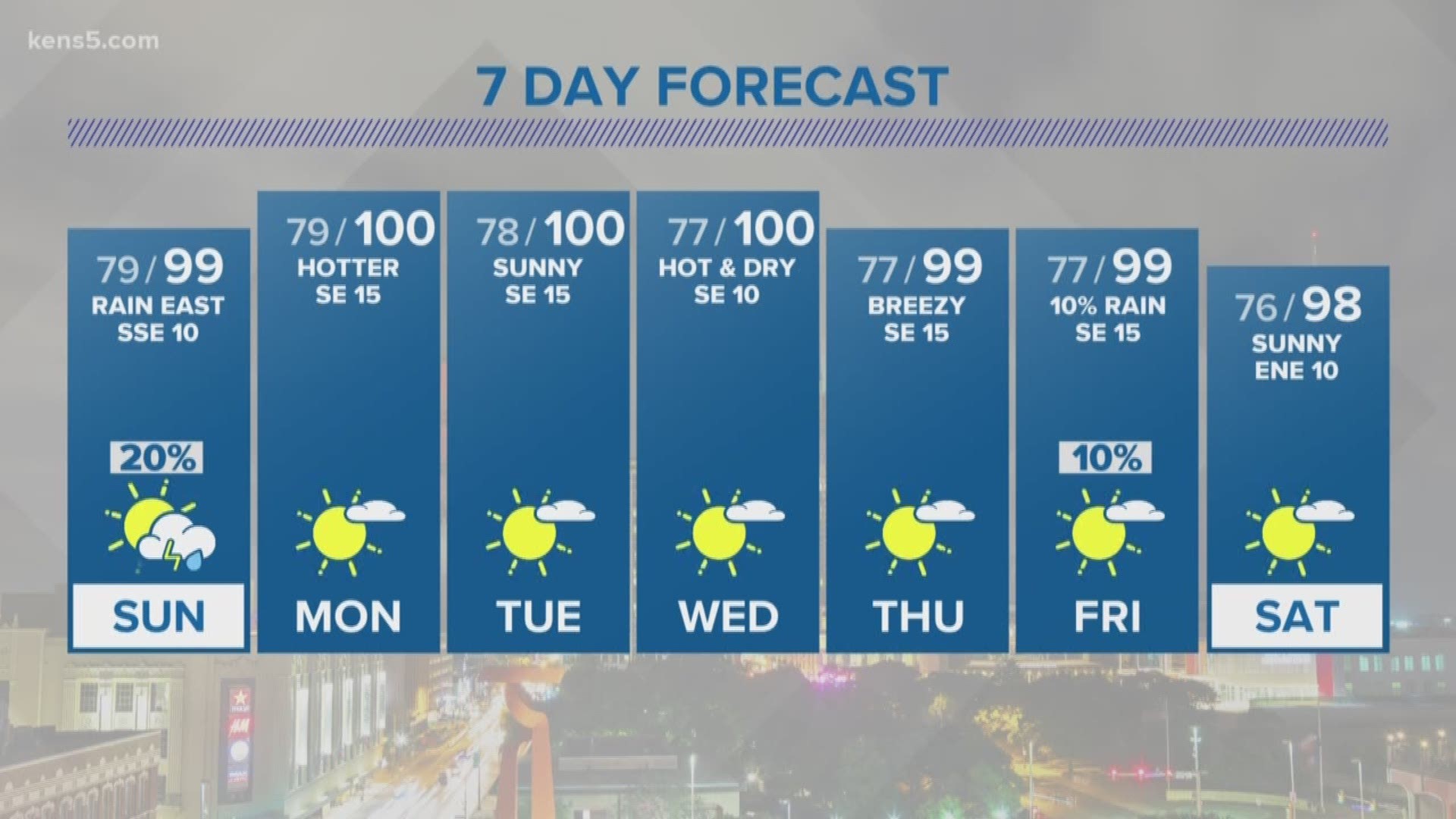 SAN ANTONIO — Tropical Depression Five formed in the Atlantic Ocean on Saturday morning, east of the Lesser Antilles, and quickly became the fourth named storm of the season, Dorian, in the afternoon. After moving past the Lesser Antilles, the system is expected to form into a hurricane.

Dorian is not currently a threat to the Gulf of Mexico, but it will move into the Caribbean Sea. We will keep you updated on this system as more information develops.

Chantal had been the most recent named system, before Dorian, and it formed in the North Atlantic Ocean last week. The storm wasn't a threat to land and it has now dissipated. Chantal is now a remnant low over Atlantic. There is also a disturbance over south-central Florida will likely strengthen into a tropical depression early next week.

The system off of the east coast is expected to move off to the northeast over the next five days.

The peak of hurricane season occurs on September 10, which is just a couple of weeks away.

First Alert Forecast: Slight chances for rain in for the weekend forecast

Much of this hurricane season has been quiet thanks to Saharan dust that has been traveling across the Atlantic Ocean, which hinders tropical development. There have only been three named storms so far this year.

Hurricane season does not officially end until November 30.

Remember you can stay up to date with the latest weather information through the KENS 5 Eyewitness News app. Download it from the app store.

Trail user claims he was victim to a trip wire attack

Inside the center where migrant families await hearings