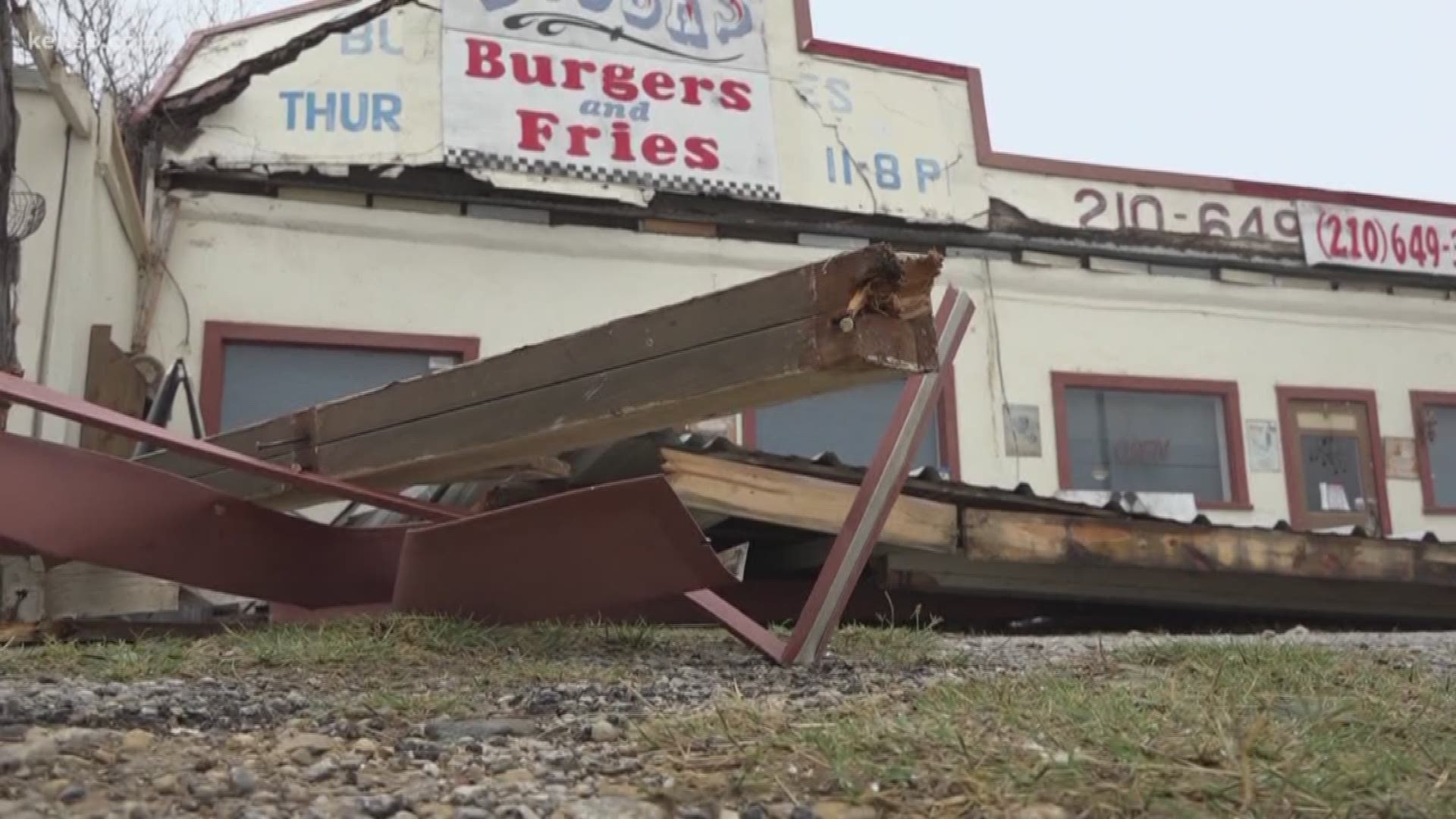 There were multiple wind, hail and damage reports across South Texas on Friday. Powerful wind gusts of 77 miles per hour blew through Stinson Airport before 8 p.m.

As severe thunderstorms moved east, straight-line winds were the primary threat. There were no official reports of a tornado in South Texas on Friday.

There are differences in tornado and straight-line wind damage. Rotating winds associated with a tornado can cause debris to look chaotic and scattered in several directions.

Storms sweep across South, Midwest as death toll rises to 11

Tornadoes are rated based on the intensity of the damage. Meteorologists use the Enhanced Fujita (EF) Scale, which is based on wind speeds and related damage. Tornado intensity can range from EF-0 to EF-5, with EF-5 being the strongest, bringing wind speeds over 200 miles per hour.

It's important to seek shelter when tornadic weather or straight-line winds are occurring. They can both cause extensive damage to property and threaten lives. Lightning is also one of the biggest threats to any thunderstorm and should be taken seriously. When thunder roars, go indoors.

'This investigation is far from over': Wanted man shot and killed by Federal Task Force member, SAPD officer

No citations issued for illegal NYE fireworks despite more than 1,000 calls to hotline