Beautiful photos and video: Scenes from Texas as it became a winter wonderland

Snow blanketed the state from West Texas to East Texas and from North Texas to the southeast. 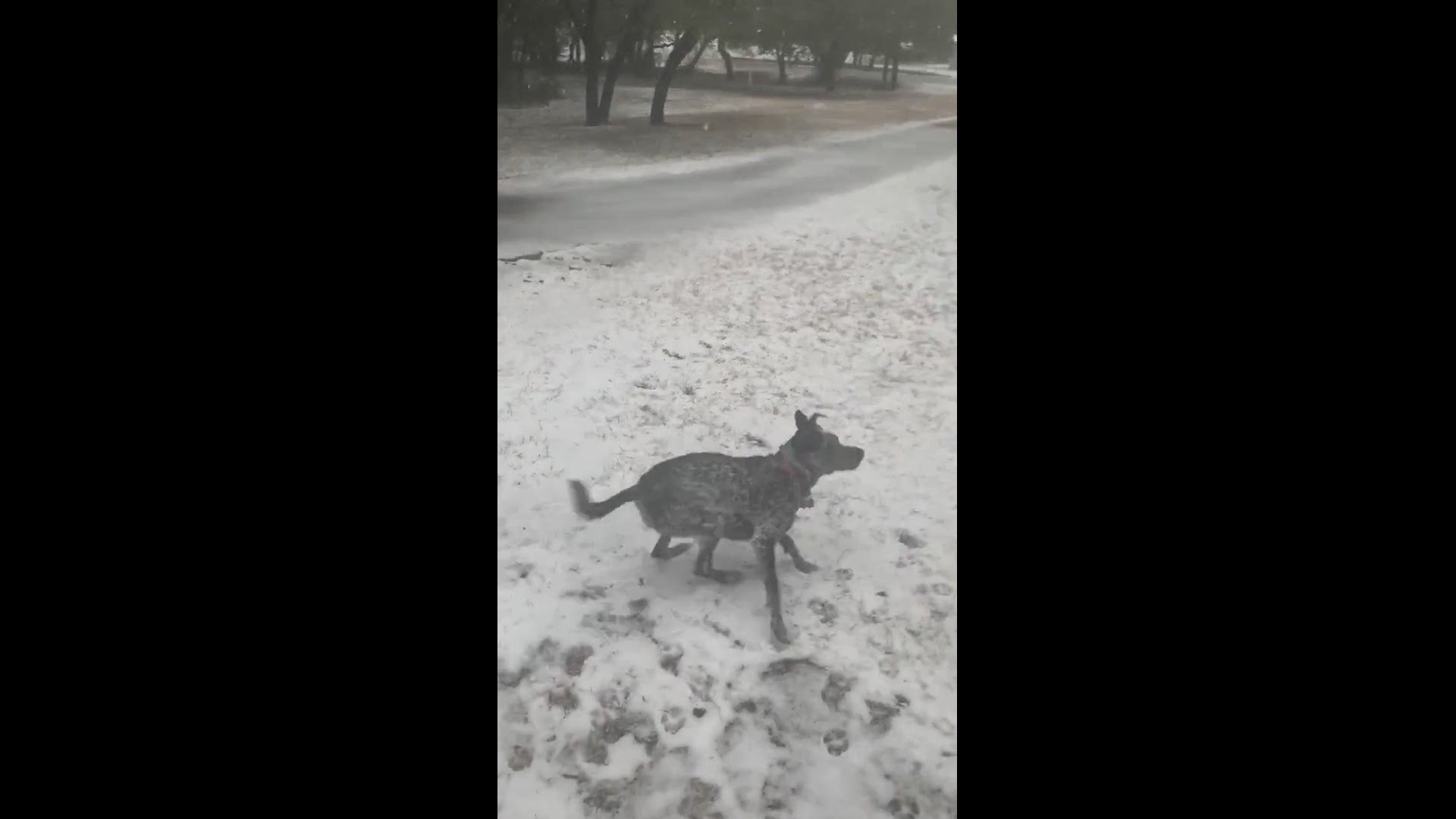 HOUSTON — Sunday was the day many in Texas were waiting for — a snow day.

Much of the state was covered early with snow falling for several hours and lasting into the morning hours on Monday.

The video above on this page is from a viewer showing Frankie the dog chasing snowballs in the Central Texas snow. We want to see your snow pics and videos. Send them to us through the Near Me feature of our news app!

Below are scenes from West Texas. Follow the winter weather there from NewsWest 9.

Okay do I like the snow or do I not like the snow... that is the question for mister Theo. ❄️🐶 pic.twitter.com/nbpxdBtwwU

Sledding in Centennial Park! This light and fluffy snow is perfect for playing in! #Midland #TXwx pic.twitter.com/XsDe9oX49g

Below are scenes from San Angelo and Abilene. Fox West Texas has you covered there.

Below are scenes from North Texas. More images and video can be found on WFAA.com.

These are images from Central Texas. Follow the latest on winter weather there from KVUE in Austin and 6News in Waco

Snow was falling close to Houston Sunday afternoon.  Follow KHOU for the latest chance of the white stuff in H-Town

It's been snowing in Aggieland. Here are some videos and photos from Bryan-College Station. Complete coverage on KAGS-TV.

East Texas is getting in on the snow, too. Follow coverage from CBS 19 in Tyler.