One farmer said what ultimately spared the majority of their crop was an old-school method: running well water through the lines throughout the storm. 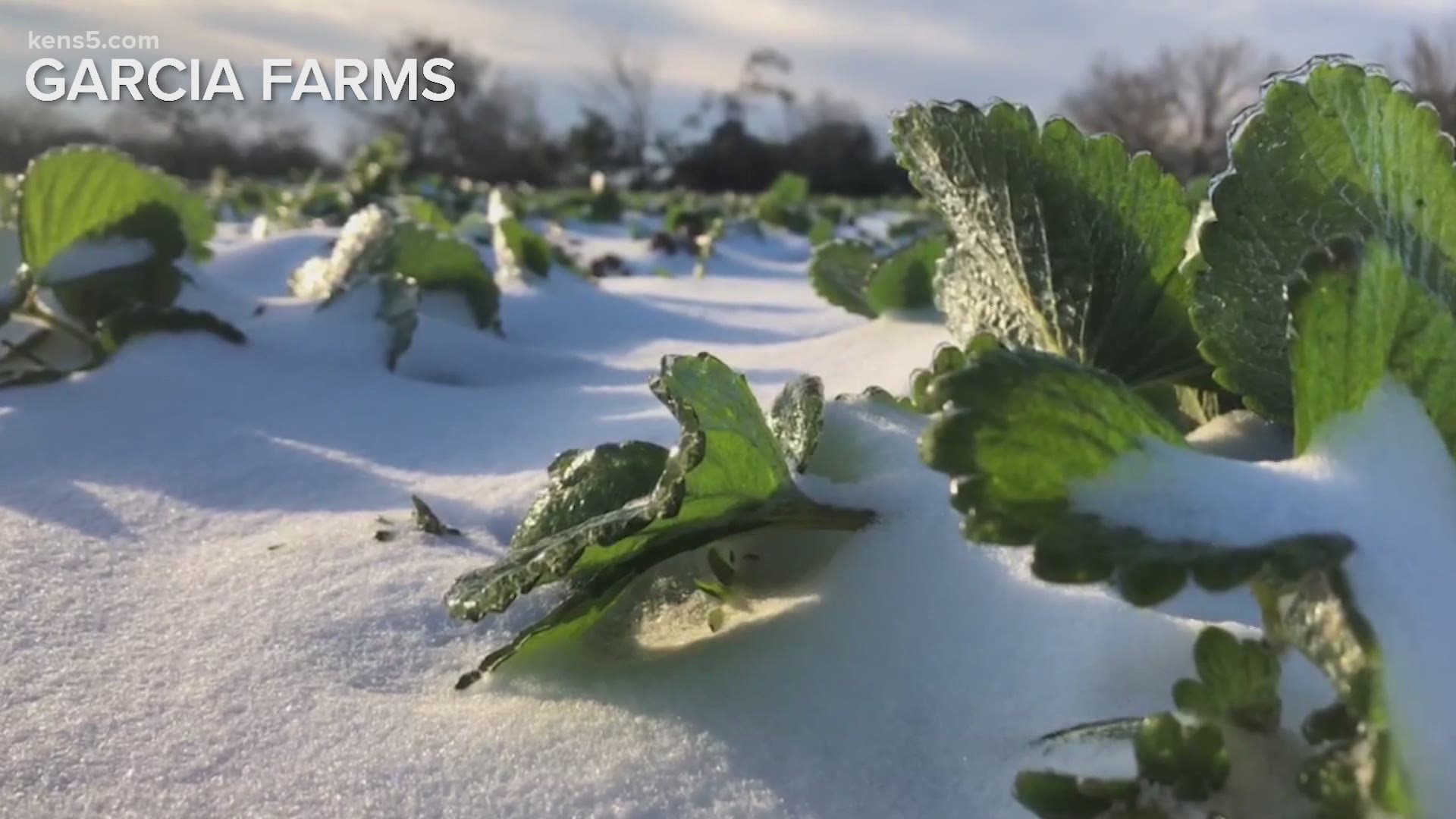 Ronin Garcia is a sixth-generation strawberry farmer with Garcia Farms. At 22 years old, he said this is the hardest he's worked to save their strawberries.

"We knew it was going to get cold," Garcia said. "We tried a whole assortment of things. We tried covering with hay, covering with plastic."

Garcia said what ultimately spared the majority of their crop was an old-school method: running well water through the lines throughout the storm.

"It comes out at like a constant 60 to 65 degrees and it actually keeps the whole plantation warm," Garcia said.

He said their commercial land is still thriving, but the 10,000 plants on the smaller farm at their home are barely hanging on.

"It was watered being watered through city water and since there was no water coming, we couldn't water them, and they've taken a really bad turn," Garcia said. "So right now, they're on the verge of dying. It looks like they've been freezer-burned."

If that happens, his family could lose its investment.

"It's a couple of thousand dollars per thousand plants," Garcia said. "We're putting in water, we're putting in fertilizer, the bed mulch for the plants, labor, picking."

Garcia said saving the struggling strawberries is a 50/50 shot.

"We're tippy-toeing between tactics and seeing if we can actually do anything," Garcia said. "But at this point, we're just trying to keep alive what we can."

Whatever the outcome, Garcia said the week of winter weather shouldn't hinder their success at the 74th Annual Strawberry Festival in Poteet this April.

"We tried our best and we're fortunate right now and I think it's going to have a good turnaround, at least for the majority of the crop," Garcia said.

To see all the farmers who participate in the Poteet Strawberry Festival, click here.