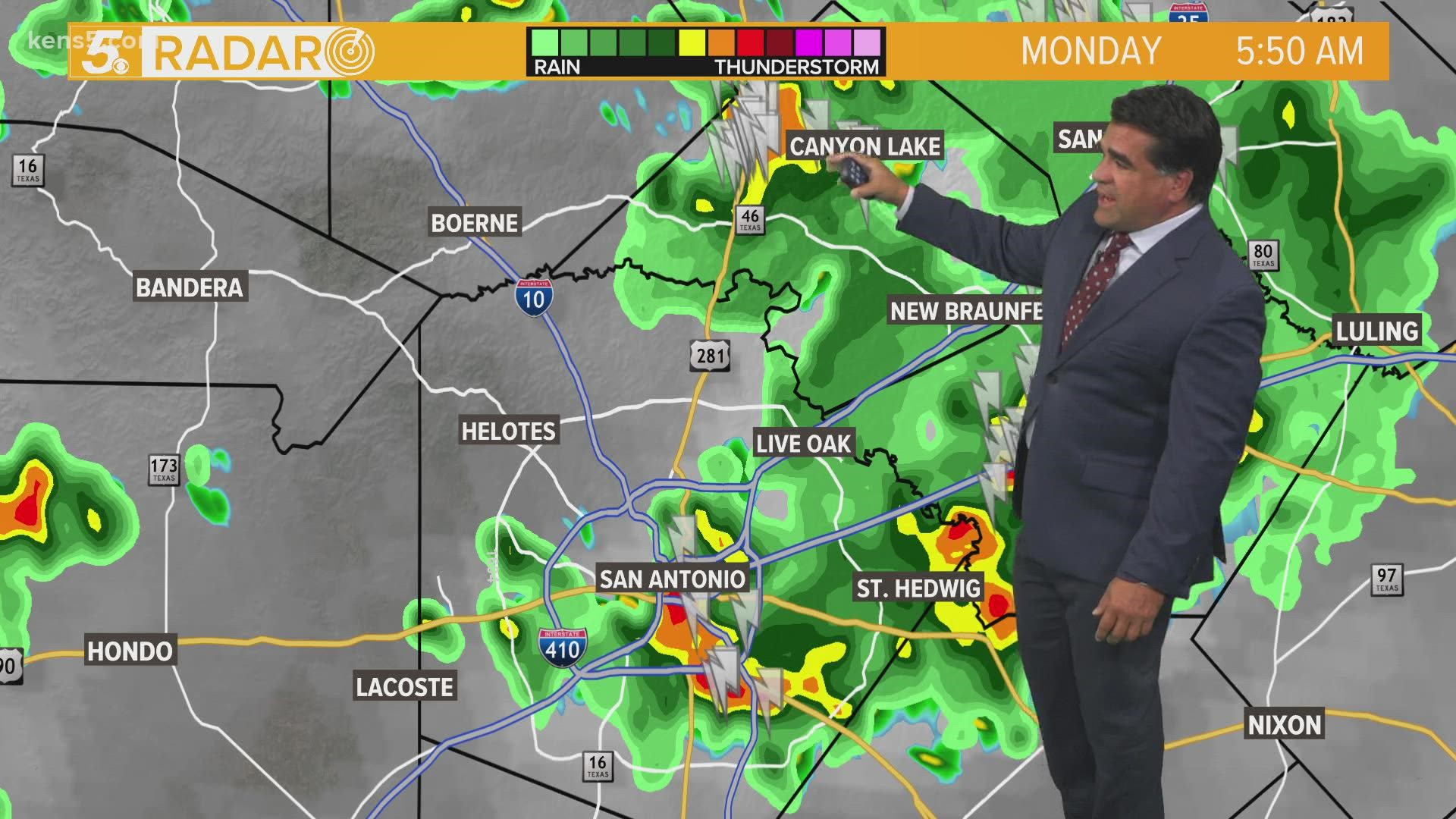 SAN ANTONIO — The Flash Flood Warning that was issued for a portion of far northwest Bexar County that saw almost two inches of rain in just one hour Monday morning expired at 12:15 p.m.

At 9:30 a.m. there were less than 1,600 CPS Energy customers without power, which decreased from about 2,100 around 8 a.m. To see the outage map, click here. In Austin, there are currently more than 20,000 people without power.

Some impressive rainfall totals over the past 24 hours in and around Guadalupe County. A CoCoRaHS observer reported over 6" on the south side of Seguin. #TADD #txwx pic.twitter.com/PE0qPV4keo

A Flood Advisory for minor flooding possible across Bexar, Wilson and southwest Guadalupe Counties was also issued this morning through 8:45 a.m. A Flash Flood Warning expired for Seguin and McQueeney at 9:30 a.m.

At 713 AM…its going to be a wet commute for many folks this morning as widespread showers and storms will produce locally heavy rainfall. Several areas are under Flash Flood Warnings, so remember…Turn Around, Don’t Drown. #txwx pic.twitter.com/ITzL4BylJL

The National Weather Service also said areas of Real and Bandera County that saw rainfall Sunday evening are now seeing more of it, which could lead to some minor flooding. A new Flood Advisory was issued just before 6 a.m.

Coming down in SA too- plus tons of lightning ⛈ #kens5eyewitness pic.twitter.com/L9KavzxmFQ

As if the severe weather wasn't enough, mold is also high today with a count of 16,250.