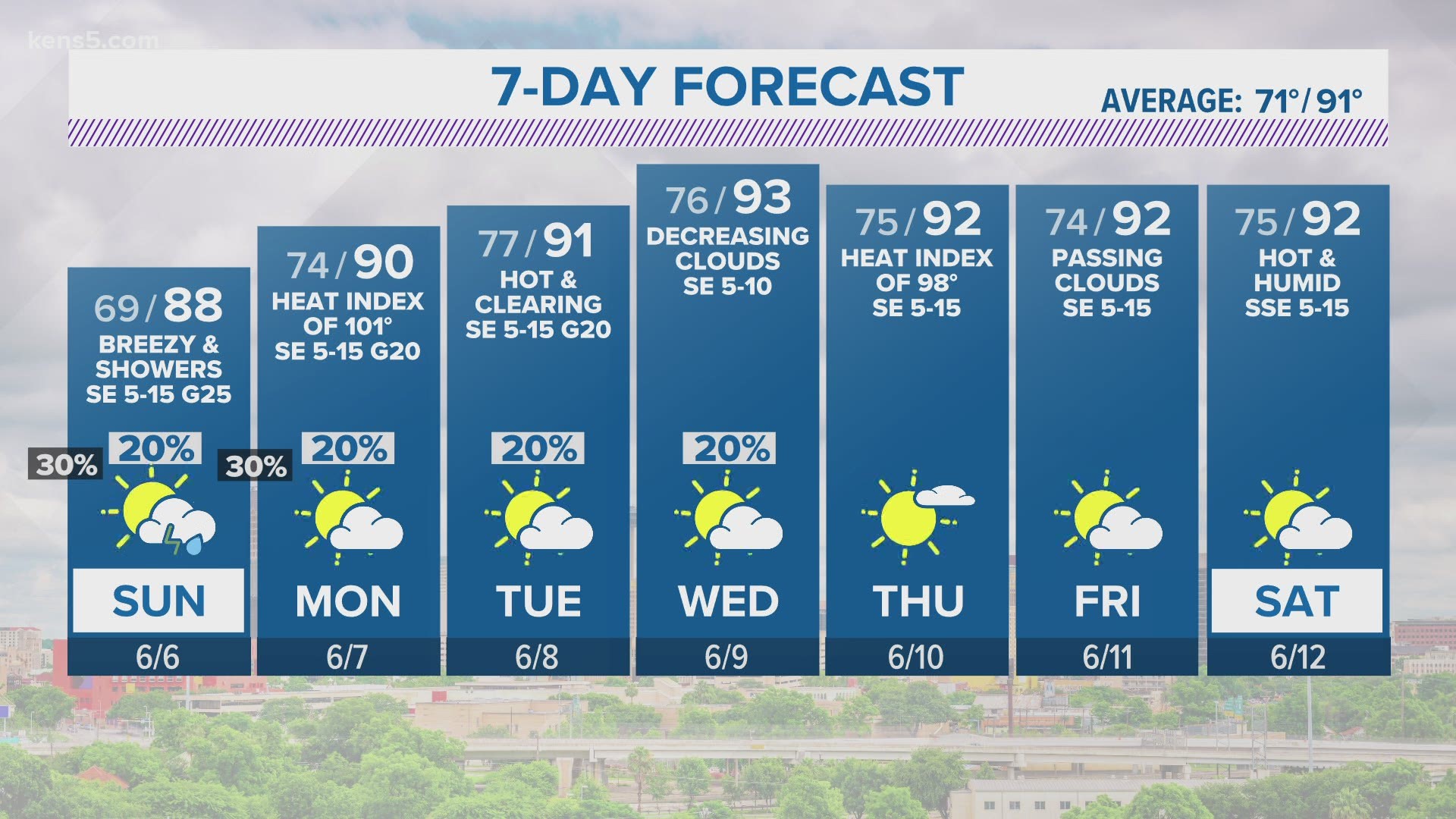 SAN ANTONIO — North Bexar County took the brunt of rainstorms during the day on Saturday.

A Flood Advisory was also in place for Bexar, Comal, Guadalupe and Wilson counties until 6:30 p.m., and flash flooding has been reported on the far north side of San Antonio.

Rainfall totals of over three inches were reported in some parts of north Bexar County.

Radar-estimated rain totals for the last 6 hours showing anywhere from 1/2" to over 3" in far northern Bexar Co., near Timberwood Park.#SATWX #TXWX pic.twitter.com/vieqZc06Ks

Credit: KENS 5 Eyewitness
A giant tree crashed to the ground, ripping down power lines and knocking down a fence in the process, after consistent rain over the past few weeks softened the ground in the 6700 block of North Vandiver in northeast San Antonio.

A giant tree crashed to the ground, ripping down power lines and knocking down a fence in the process, after consistent rain over the past few weeks softened the ground in the 6700 block of North Vandiver in northeast San Antonio.

A severe thunderstorm warning has been issued for Comal County until 2:45 PM for the threat of quarter-sized hail. You can also expect heavy rain and frequent lightning with this storm. pic.twitter.com/X9Fv0GTcWJ

12:30 PM Update: Scattered showers and isolated thunderstorms continue to develop across the Hill Country and along the I-35 corridor. This activity is generally slow moving and are capable of locally heavy downpours and cloud-to-ground lightning. #txwx pic.twitter.com/Vz1ucZdKfI