A group called San Antonio Aware and Prepared is wrapping up a weekend in Louisiana assisting in Hurricane Ida recovery efforts. 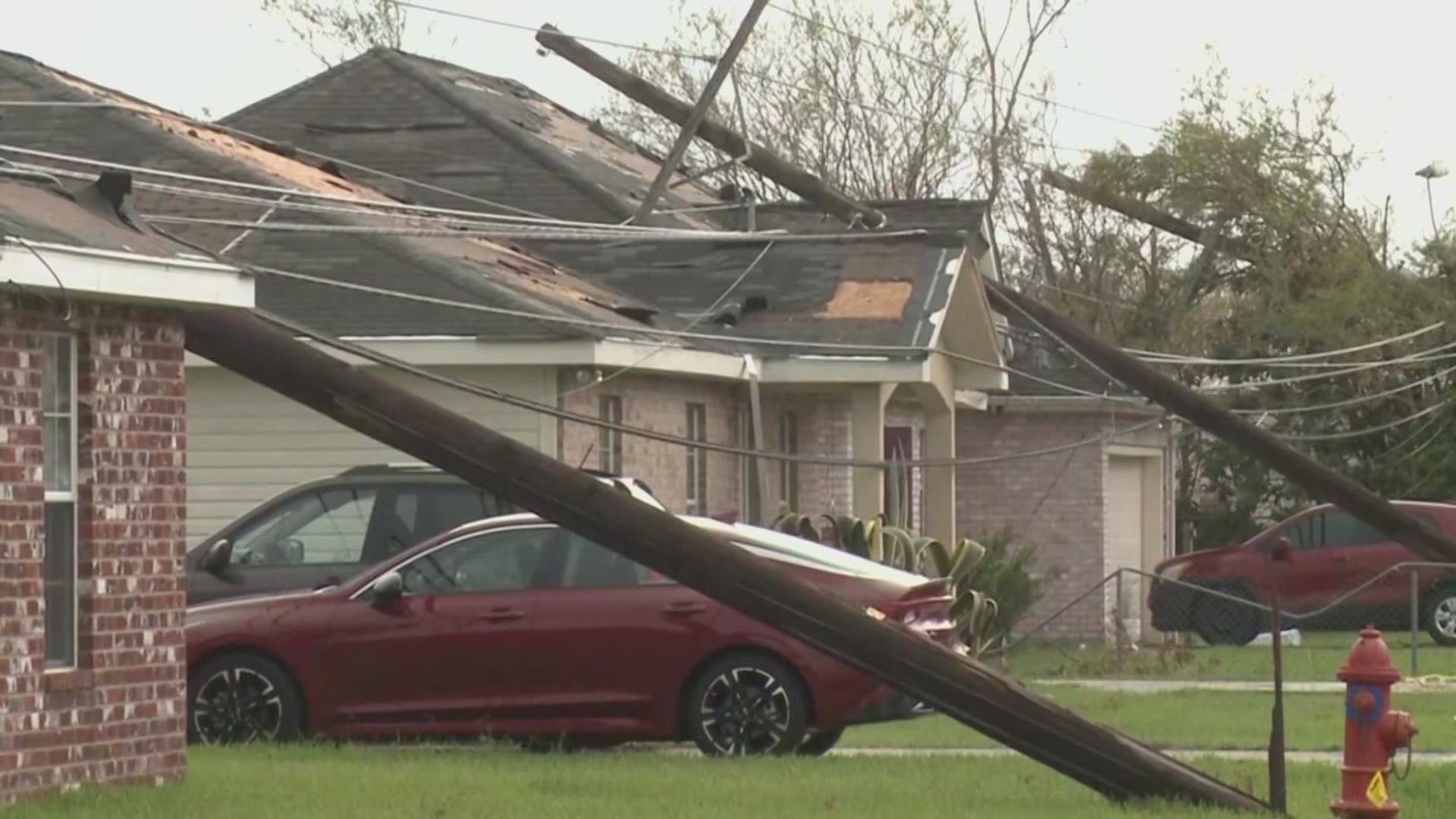 SAN ANTONIO — With eyes on Tropical Storm Nicholas—many are still dealing with the devastating impacts of Hurricane Ida.

A San Antonio man is in Louisiana right now assisting with cleanup efforts there.

The road to recovery is a long one—as Joseph Villarreal describes it for many people he’s spoken with in Louisiana.

“This is one of the worst that they have been affected by. And you know the devastation out here is just tremendous,” Villarreal said.

Speaking to us via FaceTime--Villarreal is staying in a shelter in Berwick, LA in order to assist with debris clearing and tree cutting.

Villarreal leads a non-profit called San Antonio Aware and Prepared. He brought cleaning supplies that he says were donated by the San Antonio Spurs, including work gloves, hand sanitizer and trash bags.

Huge shout out to the San Antonio Spurs and Spurs Give, thank you for the hand sanitizers, trash bags and everything...

Posted by San Antonio Aware and Prepared on Saturday, September 11, 2021

The hurricane that made landfall as a Category 4 storm has left thousands without power, even weeks later.

Villarreal says what he’s seen is a reminder that communities can stay strong.

In the worst of circumstances.

“There’s a whole lot of devastation in the community. And neighboring states and cities and towns, and everybody is just coming together and getting stuff done,” Villarreal said.

He says he won’t forget the work done here and says it’s a reminder to be prepared for any storm.